A Rio Rancho woman has been charged with hitting her mother with a broom and trying to take a police officer’s gun.

According to the criminal complaint Rio Rancho Police filed in Sandoval County Magistrate Court, officers were sent to Burciaga’s home in the 4600 block of Platinum Drive about 8:30 p.m. Jan. 27.

Burciaga’s sister, who was waiting away from the house, told officers Burciaga became angry when their mother asked her to clean up and struck their mother in the legs with a broom, trying to trip her.

When her sister confronted her about the attack on their mother, Burciaga told her sister to hit her, the sister told police. Instead, the sister backed away and Burciaga hit her on the face and pulled her hair, according to the complaint.

The officer wrote that the sister’s face was bloody and scratched.

The sister told officers Burciaga picked up a knife in the kitchen, hit the countertop with it and threw it into the backyard. Burciaga’s mother confirmed the sister’s story, according to the complaint, and added that Burciaga knew she had osteoporosis and could have been seriously injured if the attempt to trip her had succeeded.

According to the complaint, Burciaga wouldn’t give a statement to officers. They found a broom in the kitchen and a knife in the backyard.

When officers tried to handcuff her during her arrest, Burciaga took hold of one officer’s pistol, trying to draw it from his holster, according to the complaint. The group of officers broke her hold on the gun before she could draw it.

Burciaga then kicked another officer in the shin, according to the complaint. She was taken into custody.

The most recent activity in her case shown on the New Mexico Courts website is a hearing that was set for Feb. 4. 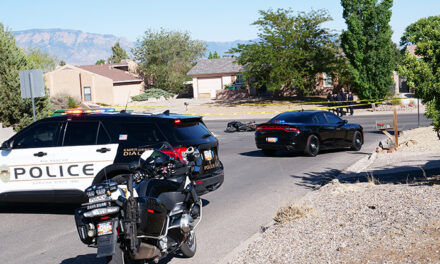 (UPDATE) No one to be charged after fatal bike crash 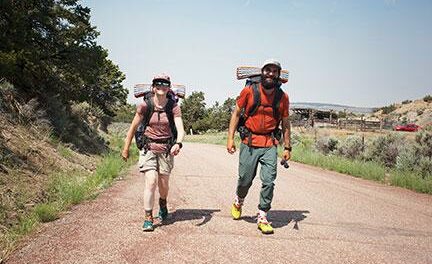 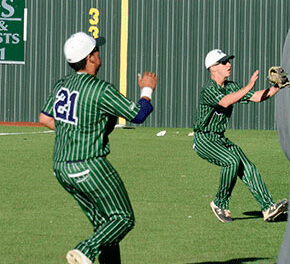