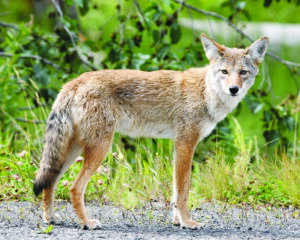 “Coyotes have always been a common wildlife ‘feature’ in Rio Rancho and, in particular, in city parks, the bosque and open public areas,” said Connie Peterson, director of the city Parks, Recreation and Community Services Department, which includes the Rio Rancho Animal Resources Center. “I can tell you that human conflict with coyotes is almost non-existent; in fact, they are afraid of humans and generally run away if challenged.”

She said problems with coyotes tend to happen when people feed them or treat them like domesticated animals. If a coyote approaches too closely, people can make loud noises and behave aggressively to scare off the animals.

“Coyote population control, trapping or eradication efforts are minimal,” Peterson said. “Coyotes range for up to 20 miles and therefore are pretty difficult to control. Besides, removing them is inefficient and ineffective, as new coyotes would simply move in where others have been removed.”

Also, she said coyotes balance the ecosystem by eating and thus controlling the populations of small wildlife such as mice, rabbits, raccoons, groundhogs and insects, including cockroaches. They also eat road kill.

“A coyote’s primary diet is small rodents,” Peterson continued. “That’s not to say that, on occasion, they won’t help themselves to small domestic animals, such as dogs and cats (which again is natural behavior).”

To protect their pets, people should bring them inside or into pens with coyote-proof fencing at night and when unattended.

If a coyote is hit by a car or otherwise injured in the city, animal resources officers will pick it up to humanely euthanize it or dispose of the body. If a coyote becomes a nuisance or a danger to the public, the city refers the situation to the New Mexico Department of Game and Fish.

“Fortunately, most coyote sightings do not require any action,” Peterson said.

According to a city information brochure, coyotes are most active at night and in the early morning. When there’s minimal human interference and cooler weather, they may also be active during the day.

Coyotes with pups need more food and may be more territorial and aggressive, especially toward dogs, according to the brochure. According to coyoteproject.org, they raise pups in April through October.

Coyotes house pups in dens, which in urban environments may be under storage sheds and bushes, in culverts or in holes dug into arroyos, ditch banks and fields, according to the city brochure.

People can take these steps to avoid problems with coyotes:

More information about coyotes and avoiding conflict with them is at coyoteproject.org under the “Take Action” tab. 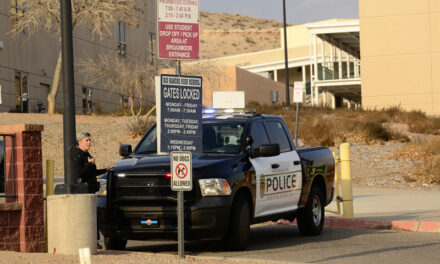 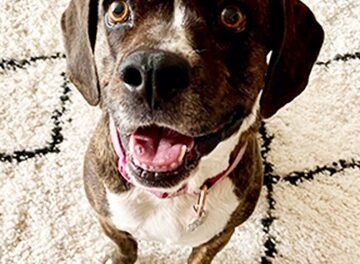