President Joe Biden pledged this week that New Mexico will have the full support of the federal government as it recovers and rebuilds from historic wildfires. And he told Gov. Michelle Lujan Grisham that he intends to travel to the state to see the impact of the wildfires and meet with affected New Mexicans.

The commitment came in a call with the governor on Tuesday, hours before the Calf Canyon/Hermits Peak Fire surpassed 300,000 acres.

Aided by gusty winds, record heat and dry forests, the blaze has chewed through northeastern communities in the past month, becoming the largest wildfire in the state’s history. Lujan Grisham said the flames have likely destroyed up to 1,500 structures and forced up to 18,000 to flee.

In the call, Biden assured the governor that “every effort will be made to provide immediate help to people in the impacted communities and support the state throughout its recovery,” according to a White House readout of the conversation.

The governor’s spokeswoman Nora Meyers Sackett said Lujan Grisham invited Biden to visit the state “to see firsthand the impact of the wildfires and meet with affected New Mexicans, which the president said he intends to do.”

In a Wednesday briefing, officials touted the progress made by firefighters on all sides of the blaze, but showed concern for the worsening weather conditions to come.

Incident commander Carl Schwope said critical fire weather would return Thursday and challenge the work done over the past week by fire crews.

“If we can make it through the next couple of days, things are going to be looking really good,” he said. “But it’s definitely going to be a couple of challenging days – we know the fire’s going to move.”

Stewart Turner, a fire behavior analyst, said the area’s “only saving grace” heading into the weekend will be some overnight recovery of humidity to moisten the forest “a little bit.”

He said the next few days will be “big burn days” and predicted “extreme fire behavior” by Thursday afternoon. That could bring spotting up to a mile and could be “problematic” for fire crews.

Turner said west winds will test containment lines on the east and north sides of the fire, with a “high probability” of embers jumping containment lines. He said the area around Angostora is the biggest source of concern and predicted the flames will cross N.M. 518 in the coming days.

“We’ll have to wait and see how that plays out, that’s going to be a game of chance up there,” Turner said, fearing crews will be overwhelmed by fire activity in many spots.

A wildfire in the Gila National Forest has continued to grow, spreading more than 20,000 acres in a day. The Black Fire is 77,529 acres and 0% contained – burning timber and tall grass north of the Mimbres.

Crews are trying to set up lines to contain the fire as it burns day and night among levels of record dryness in the area. Its cause is unknown, but being investigated.

Firefighters have gained significant containment of a blaze in the Jemez Mountains.

The Cerro Pelado Fire is now 74% contained and burning across 45,605 acres several miles east of Jemez Springs. Officials said minimal growth was expected Wednesday, but they are expecting critical fire weather to return.

Cochiti Lake was set to reopen to the public Thursday after being used for weeks as a water supply point for crews fighting the fire. The cause of the fire is under investigation.

A blaze tucked into the mountains outside Magdalena has grown a few thousand acres.

The Bear Trap Fire is now at 17,122 acres and 28% contained, burning 22 miles southwest of Magdalena. Officials said crews made progress setting containment lines and fire growth had been limited, despite the dry, hot conditions.

Crews are looking forward to cooler temperatures later in the week, but winds may increase Friday. 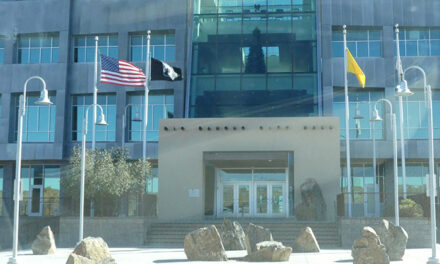 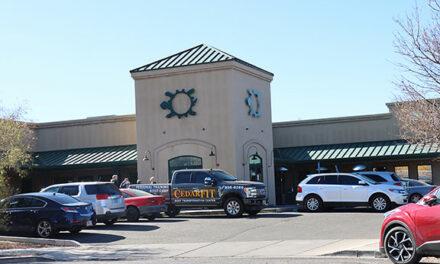 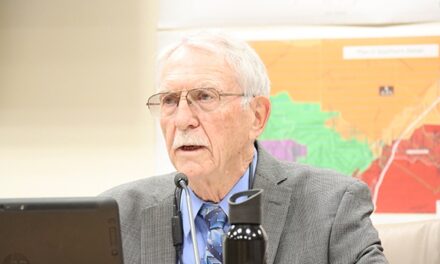