What does it take to fill 3 school board seats up for grabs?

Three seats on the Rio Rancho Public Schools Board of Education are coming up for election, and candidates have from 9 a.m. to 5 p.m. Tuesday to file a declaration of candidacy at the Bureau of Elections in the Sandoval County administrative building.

The election is set for Nov. 2.

Former board member Ramon “Swoops” Montaño said, “People run for school board and truly never take the time to understand what their role is and how important the board’s statutory duties are.”

The Observer contacted previous school board members to get their perspectives. 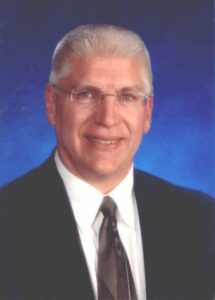 Don Schlichte
Don Schlichte, who served from 2001-17, longer than any other RRPS board member in the district’s 27-year history, said he first ran for a seat on the five-person board because he believed good people needed to step up to serve in such positions.

After 16 years on the board, Schlichte said, “It was one of my best life decisions.”

He said it takes more than attending the two meetings most months.

“It took at least a year to get settled and begin to understand the roles and responsibilities of a board member: preparation and attendance at regularly scheduled meetings, of course, but you are also ‘representatives’ for the community and it’s good to attend and show up for various events,” he said.

“Graduations were always a highlight of being a board member,” he added, plus “the state expects you to attend various training workshops — at least one per year, usually more.”

Schlichte said it’s important to understand a board member is “a policy maker, not an administrator. Inserting yourself into school’s affairs on an administrative level is a big no-no.

“Like any elected office, view yourself as a public servant and believe it,” he advised. “Leave your ego at the door. It is an important position of authority and responsibility in our community, so be humble, cooperative and, once in a while, courageous.” 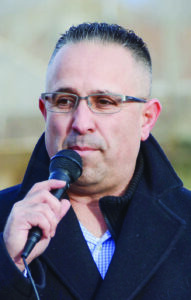 Ramon Montaño
Montaño served from 2015-19 and was motivated to seek a seat after hearing student-athletes at Rio Rancho High School, where he was an assistant boys basketball coach.

“They were complaining that they didn’t have the tools they needed to help them be successful in the classroom: They didn’t have math books, science books and lab equipment that was necessary to help them learn,” he said. “They also felt like some of their classrooms and buildings needed some updating. So, I decided to run for school board to help be a voice for our students, teachers and community.”

Once he won, he had to follow through, “making sure that tax dollars actually made it to the classroom through the budget process, (and) working with other board members to ensure that the superintendent is being responsible for the management of the schools, the administration of all school board policies and finances of the district.”

Board members also have homework to do, Montaño says: “You must want to take the time to research and understand the issues that your district is dealing with so you can vote with a true understanding.”

“It is a very rewarding office to hold, but people who want to run need to realize that outside the board you have no authority and it does take a lot of time away from your family with zero pay,” he said. 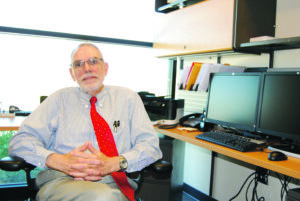 Reinaldo Garcia
“Back in 1994, I was excited about serving in a brand-new district that was open to fresh ideas,” said Reinaldo Garcia (1995-2003, 2012-13). “And with my experience, both as a public-school teacher and later, as a university professor and administrator, I had a good idea of what teachers and students needed to succeed.”

He enjoyed the camaraderie of working with fellow board members and loved seeing new schools open.

Yes, there were some drawbacks, Garcia says: “First, the politics. Some — not many, but some — board members saw being on the board as a platform for serving their own ambitions, rather than serving the community. Secondly, a lack of proper boardsmanship; some members did not understand that the role of the board is only to create policy and work with the board’s sole employee, the superintendent.”

Garcia said candidates seeking a seat on the board should ask themselves a few questions: “What knowledge and experience do I possess that would benefit the board, the staff and, especially, the students? Am I humble enough to admit what I don’t know and then be willing to learn good boardsmanship?” 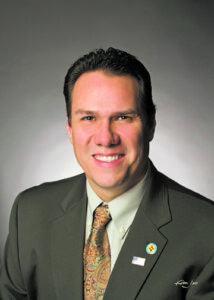 Craig Brandt
“It is one of the most important and rewarding things you will ever do,” says state Rep. Craig Brandt, a school board member from 2009-12.

Brandt said he ran because, “I didn’t believe that the board was being responsive to my children’s needs; when I brought them to the board, they were dismissive.”

Once a board member, he said, “I was able to address many of the issues that parents were having with the district — especially the transportation issues. I learned a lot about how our state runs education.”

Brandt added, “You are the point of contact for your district, but our state laws have made it very difficult for the board to address many of the issues. Local control is only given in very limited areas.”

To potential candidates, Brandt advised: “Make sure you don’t run if you can’t commit the time it takes to know what you’re doing. If you can’t be bothered to read the information for board meetings, before the board meeting, then don’t run.

“Always remember that it’s about making sure the children in our district get a quality education, not about the adults — you are there for the children.” 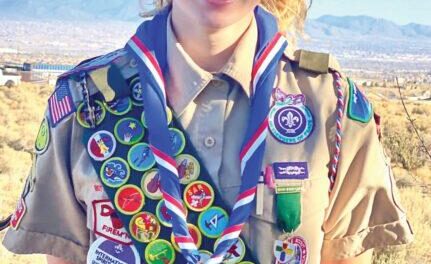