When these schools met on the football field, Cleveland trailed by 20 points in the first half and rallied to win the game.
The Storm (3-1) spotted the Hawks’ boys basketball team a 20-point advantage in the first half, but there was no coming back, and the unbeaten Hawks (7-0) won the first Phil Griego Invite’s championship game, 81-70, Saturday afternoon at CHS.
With an effective outside game, including four consecutive 3-pointers, and an inside game featuring a trio of dunks from 6-8 junior Sean Alter, the Hawks led 49-29 at halftime.
Volcano Vista had parlayed its 26-13 edge at the end of the first quarter with a 12-0 run in the second period.
Cleveland used an 11-0 run late in the third quarter to get within nine, and the Storm again trailed by nine late in the game.
Hawks senior Jakwon Hill scored nine of his game-high 26 points in the fourth quarter in a gym he’s been familiar with for a long time: His twin brothers, Marcus and Marquise, and his sister Jade had starred for Storm teams in the past.
“It feels good. I walk in, I know the coaches … it’s pretty cool to come out, know I’m doing good where they used to play at,” Hill said.
Alter scored 14 for the Hawks, and Kaden Valdez added 12.
The Storm had four players in double figures: Antonio Avila had 17, Daniel Steverson had 14 and Cole Savage and Nic Trujillo added 11 each.
“There’s no question they’re a good team; we know they’re a good team,” Cleveland coach Sean Jimenez said. “I’m just proud of our guys, the way we fought in the second half.
“We didn’t play that well in the first half — we were kinda like deer in the headlights,” he said. “It’s a learning curve for us; we’ve got four sophomores on this team that are playing a lot of minutes. … We’ll be fine by the time we get to district.”
Cleveland 76, Piedra Vista 24: A 23-0 run in the opening quarter, combined with 15 Piedra Vista turnovers in the second quarter, and making eight of its first dozen attempts from 3-point land was more than enough Friday night to send host Cleveland into the championship game.
The Panthers (5-3) were held to single-digits in every quarter, and the Storm offense — with its usual feisty defense that led to most of the Panthers’ 28 turnovers in the contest — put the Storm into Saturday afternoon’s championship game with District 1-5A foe Volcano Vista, which had a surprisingly easy semifinal of its own, a 75-27 rout of Eldorado.
The Storm were led Friday by Brody — more than a left-handed back-up quarterback — who scored 20 points, with three 3s. Steverson added 16, Savage scored 11, all in the first period, and Isaiah Sandoval came off the bench to drop in 10 points, with a pair of 3s.
Storm 66, St. Mike’s 43: On Thursday, the Storm advanced into the semifinal round, led by Trujillo — like Brody, another Storm football player — with 14; Damian Molina had 12, and Brody and Savage added 10 apiece.
Storm warnings: The Storm’s next game is Friday vs. Mayfield, following the Cleveland girls’ game with Mayfield at 5 p.m. 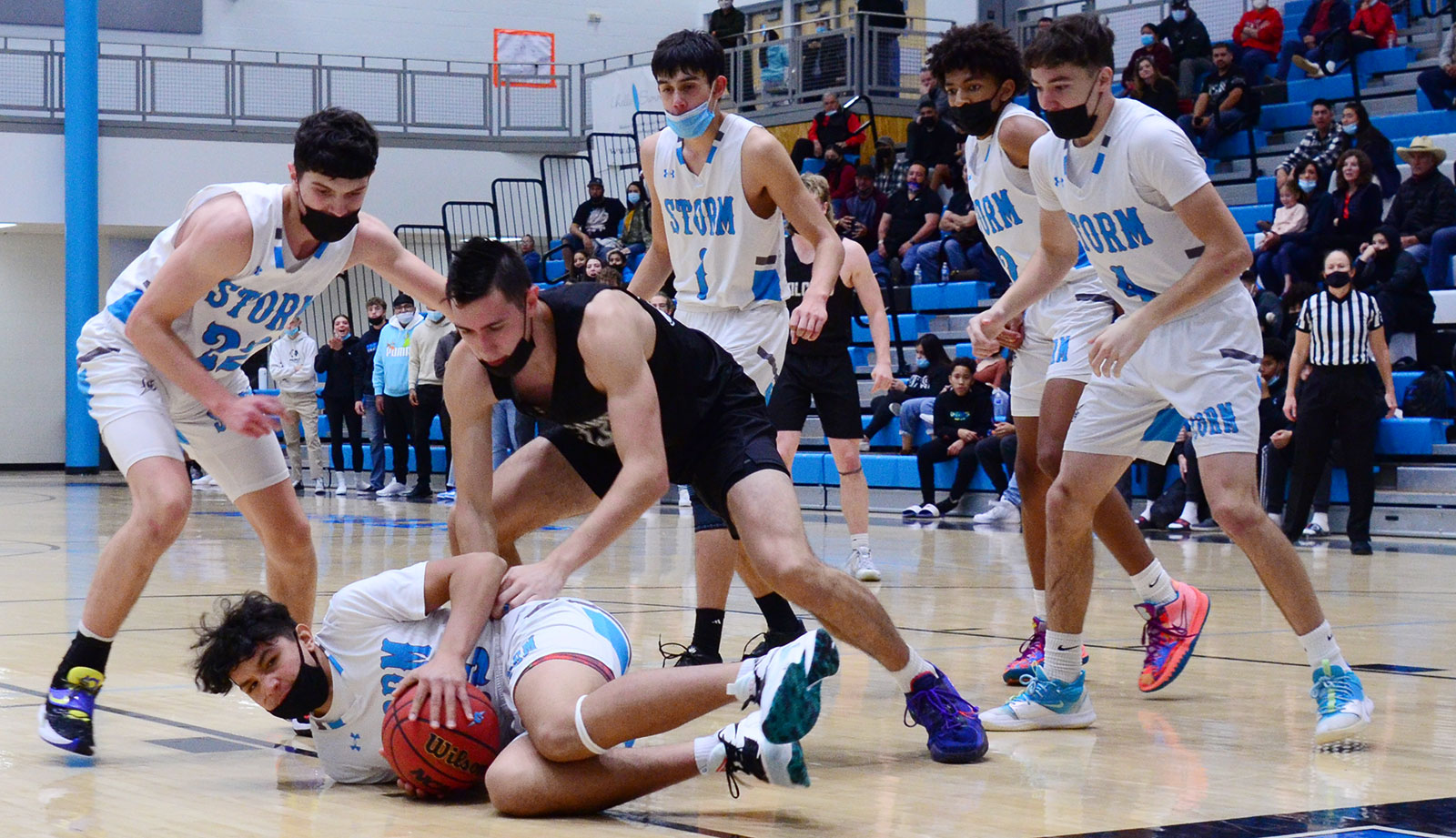 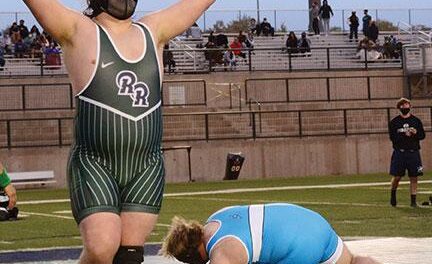