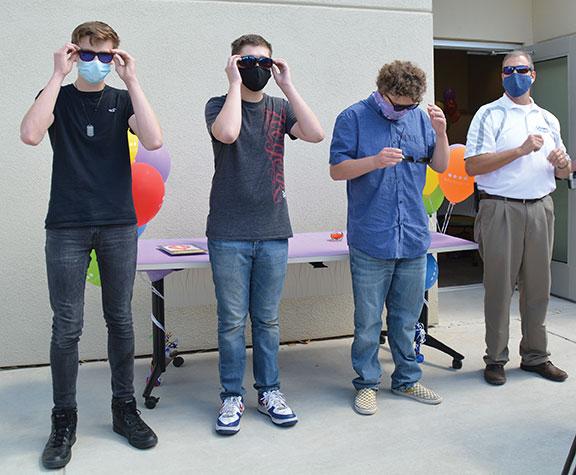 Six Rio Rancho students and an administrator had the chance to see in full color for the first time Wednesday, thanks to a donation from a local Air Force veteran.
With a payout from a U.S. government lawsuit against Iran for the 1996 bombing of U.S. military housing in Saudi Arabia, Rio Ranchoan Ron Neldon bought EnChroma glasses for the seven individuals, all of whom are color-blind, plus two EnChroma Color Accessibility kits for other students to borrow.
The glasses have special optical filters that expand the range of colors color-blind people can see and make colors more vibrant and distinct, according to RRPS information.
Students receiving glasses were:
• Cleveland High School senior Ian Mathis;
• Rio Rancho High School junior Estrella Aragon;
• RRHS sophomore Bryson Moore;
• RRHS sophomore Antonio Troise;
• Mountain View Middle School sixth-grader Hunter Bailey; and
• MVMS sixth-grader Gage Burns.
RRPS Executive Director of Special Services Jerry Reeder also received a pair.
They had a choice between indoor and outdoor EnChroma glasses.
“I chose the outdoor lenses because I’m going to be driving soon and I’d rather not run a red light,” Moore said.
He, Mathis and Troise stepped outside to try on their new glasses.
“That’s crazy! That’s awesome!” Moore said, looking around and then gesturing to a decoration on the table. “That’s a completely different color.”
His mother, Melissa Moore, said her son has had trouble with assignments requiring color-coding.
“It means a lot for him to get EnChroma, and we hope they help him be able to have an easier time in school and to see things like other people,” she said.
Neldon said he went to Saudi Arabia in 1996 while he was in the Air Force. Less than a month later, he was 300 yards away from a truck bomb that exploded outside the Khobar Towers housing complex. It killed 19 airmen and injured hundreds more.
“I’ve seen more than my share of people hurt,” Neldon said.
He was involved in the lawsuit against Iran, whose government backed the terrorists. He said he knew he wanted to help the community if he received a monetary award.
Neldon was inspired to donate EnChroma glasses after running across internet videos of people seeing color for the first time. He reached out to RRPS late last year, and worked with Monica Manly, itinerant teacher of students with visual impairments.
Neldon initially intended to donate one pair of glasses, but the effort grew. He hopes to find partners to help him give EnChroma glasses to students yearly.
“This is an incredibly generous thing for you to do,” said RRPS Superintendent Sue Cleveland, who has color-blind relatives. “Color-blindness is not just an inconvenience.”
One in 12 men and one in 200 women are red-green color blind, according to information compiled by RRPS. EnChroma glasses don’t deliver 100 percent color vision, but they help nine out of 10 people, according to the information.
“Everything is more vivid,” Reeder said, looking through the glasses.
He recalled getting in trouble as a child for coloring things incorrectly in school and said he has to check with his wife to be sure his clothes match.
“I have to learn my real colors now,” he said.
Aragon said she selected indoor lenses for her artwork. She has struggled with adding color and sometimes learned she used a different color in her pieces than she thought.
Burns, Troise, Bailey and Mathis mentioned wanting to see parts of nature in real color.
“After I try my new EnChroma glasses, I want to let my little brother try them on so he can see the colors, too,” Burns said. 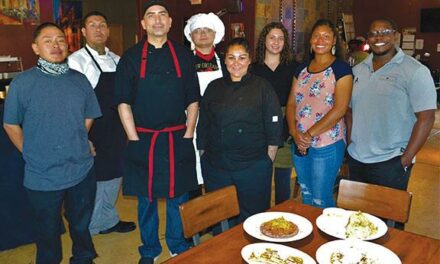 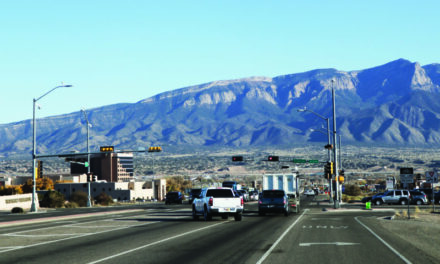 US 550 project nearing its completion