City Utilities Director Jim Chiasson expects the new ultraviolet-light disinfectant system to go online at Wastewater Treatment Plant 2 on Industrial Park Loop around Labor Day. It will replace the current UV system, which, being about 20 years old, is near the end of its useful life.

The plant processes 6 million-plus gallons per day now, serving the largest portion of the community of any of Rio Rancho’s wastewater treatment plants.

Chiasson said UV wastewater treatment uses ultraviolet light at a particular wavelength to damage protozoa, bacteria and virus cells, killing them with 99.99 percent effectiveness. The technology has been widely used in wastewater systems for the last 40-50 years, taking the place of chlorine treatment, which was less expensive but more dangerous and didn’t work as well.

“The cost-benefit’s going to be very effective,” Chiasson said.

The two-decades-old UV system isn’t disinfecting wastewater as well as necessary, which could create regulatory and health problems if not handled, Chiasson said. The cleaned wastewater is discharged into the Rio Grande.

He said the expense of maintenance had also begun to outweigh the cost of a new system.

“It’s a necessary project at the right time,” Chiasson said. “We have the funding.”

He and city spokeswoman Annemarie Garcia said the old UV system is still functioning safely, although not ideally. Wastewater goes through multiple layers of treatment before leaving the plant, and the system hasn’t failed, Garcia said.

The new system will prevent a catastrophic failure of the old one, be more efficient and easier to clean, and add two channels to treat more wastewater, Chiasson said. It will also enclose the channels and some electrical boxes to keep dust from getting in the system and killing the UV lights, he said.

The more efficient technology and added channels will increase the plant’s capacity to accommodate city growth.

The city has awarded a $1.88 million contract for the replacement to RMCI Inc., after hiring a consultant to conduct a study and help pick the best new system. Chiasson said the project has been cash-funded with money from water and wastewater bills.

“So there’s going to be no long-term burden as far as debt, as far as the project is concerned,” he said.

UV systems are custom-built, and that takes 12-16 weeks, he said. That’s being done now, and Chiasson expects RMCI to begin preparing the site at the treatment plant in early April.

The plant will operate as normal during replacement work, he said. Workers will build two new wastewater channels and install new UV equipment while the old ones operate, then reroute the wastewater through the new channels and retrofit the old channels with the updated UV system.

Then all four channels will be ready to work.

“This is a pretty straight-forward project,” he said.

The wastewater plant will need other upgrades in the next seven to eight years as it ages, Chiasson said. Environmental Protection Agency standards may increase as well, which will influence the upgrades.

Gov. gets vaccinated; New Mexicans age 16 and up eligible 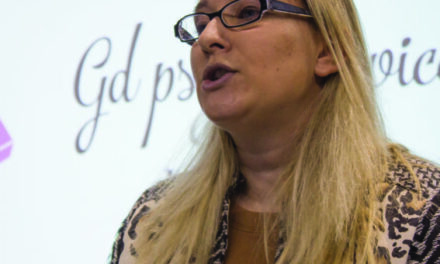 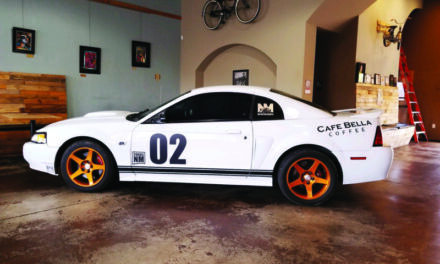 Businesses struggle with closure, hope for the best

Fire weather
May 10, 2021, 1:32 am
Come as close as possible to the heart of your community.
Subscribe Today!
error: Content is protected !!