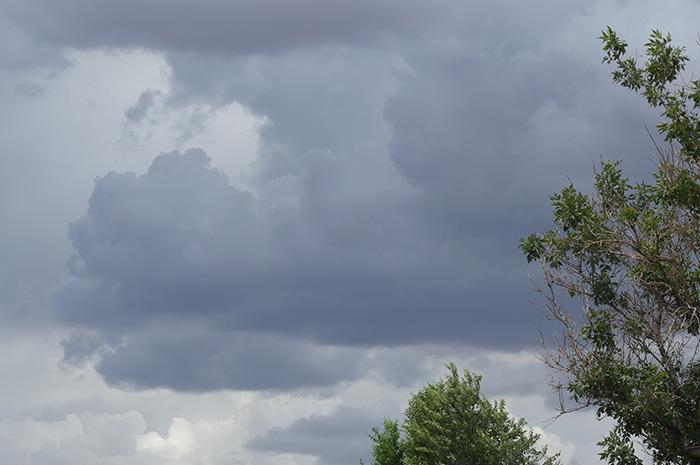 A monsoon burst pattern will impact the area through Friday night with widespread showers and storms, according to the National Weather Service Thursday afternoon.

Dangerous flash flooding is expected to impact parts of the area with torrential rainfall amounts of 2 inches in around one hour.

Storms may anchor over the high terrain and move repeatedly over the same areas across parts of northern NM. Recent burn scars, urban drainages, and locations that receive several rounds of heavy rain will be especially susceptible to flash flooding. Life-threatening flooding with debris flows may impact the Hermits Peak/Calf Canyon burn scar.

“The second half of the week continues to be headlined by a seemingly never ending fire hose of monsoonal and Gulf of Mexico moisture that is producing a conveyor belt of heavy rain and thunderstorms from the Southwest to the central Appalachians,” the NWS said in its forecast.

Nagel on Finances: … and then came Bullwinkle