The Santa Fe Opera’s 2023 season features a bouquet of new productions of classic operas with a world premiere coming in 2024.

“The obvious highlight is the new production of ‘Tosca’, which we are opening the season with,” SFO general director Robert Meya said. “It’s one of the all-time best operas. We haven’t done ‘Tosca’ in 13 years.”

Soprano Angel Blue, originally scheduled to sing in the COVID-canceled “Aida” in 2020, will sing the title role. The opera opens on June 30, 2023.

Tenors Joshua Guerrero and Freddie De Tommaso will share the role of Cavaradossi.

“Freddie is a young Italian tenor who has taken the European opera world by storm,” Meya said. “This is the young guy who is being feted as the next great Italian tenor. You know how everybody’s looking for the next Pavarotti.”

“She’s one of the most sought-after South African sopranos,” Meya said.

Dvorák’s “Rusalka” opens on July 22, 2023, famous for its aria “Song to the Moon.” Originally slated for 2020, the show will welcome back soprano Ailyn Pérez, known for playing Juliette in the SFO’s 2016 production of “Roméo et Juliette.”

Monteverdi’s “Orfeo” opens on July 29, 2023 with a world premiere orchestration by Nico Muhly.

“A lot of people consider ‘Orfeo’ the oldest opera,” Meya said. “I think that’s partially true. His is the one still being performed.”

The composer wrote the piece to be played on period instruments. Muhly arranged it in a more contemporary orchestration.

“Twenty years ago he was probably the most sought-after tenor at the Metropolitan Opera,” Meya said. “This is a role that he loves.”

For 2024 the company has commissioned a new opera by composer Gregory Spears and former U.S. Poet Laureate and Pulitzer Prize-winner Tracy K. Smith titled “The Righteous,” exploring the intersection between religious faith and political power through the biblical story of David. The piece marks the second operatic collaboration between Spears and Smith, whose “Castor and Patience” will receive its world premiere at Cincinnati Opera this July. 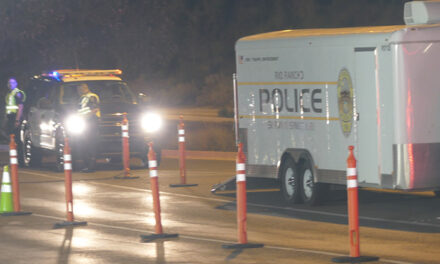 RRPD starts DWI checkpoints: This one was Friday night on Unser Blvd. 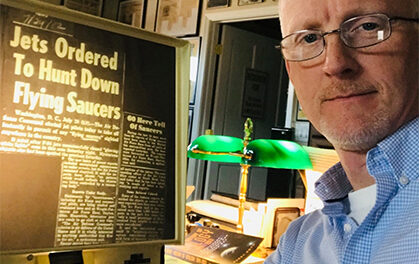