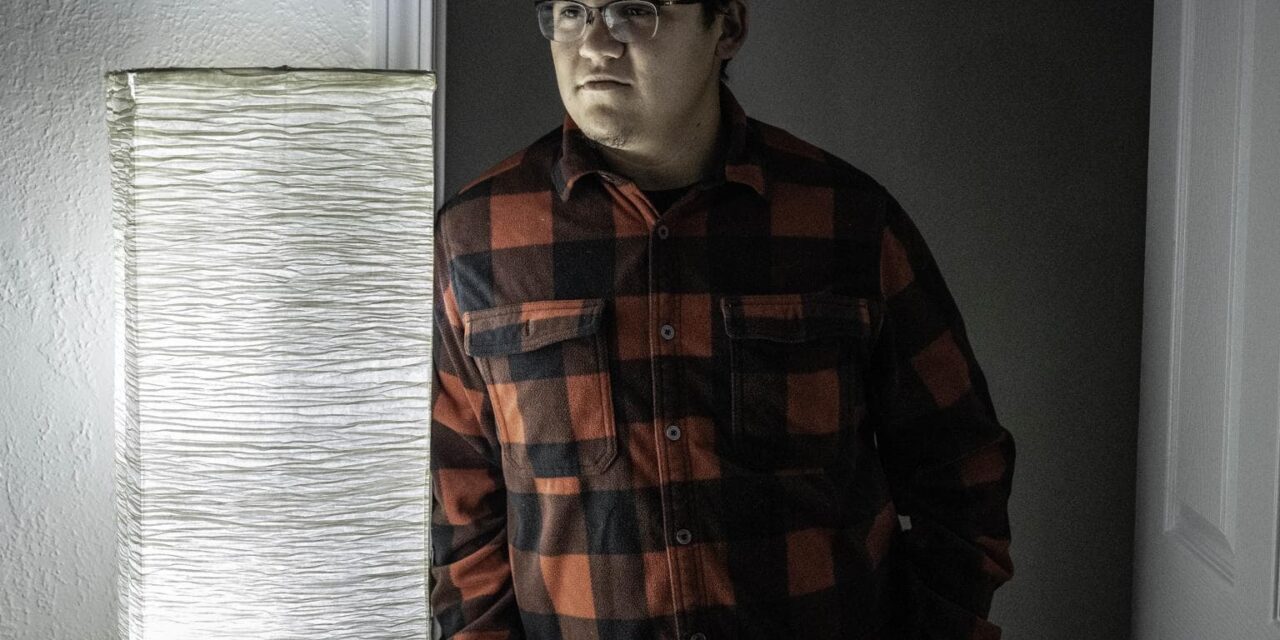 Diego Chavira gets emotional remembering the night he raced to the Barelas home where his mother lived. She had been babysitting his 2-year-old daughter and he was worried something was gravely wrong.

When Chavira arrived he found his mother and her longtime boyfriend had both been shot to death. His little girl was not physically hurt.

Chavira immediately told detectives he thought he knew who was responsible.

Three months later, that man, 30-year-old John Paul Ballejos, was arrested and charged in an unrelated double homicide – police say he shot and killed his downstairs neighbors in an apartment complex on 59th NW because he blamed them for his eviction.

Gilbert Gallegos, an Albuquerque Police Department spokesman, said homicide detectives did not interview Ballejos in the months following the Barelas homicides. He said Ballejos is the only suspect, although he has not been charged. The investigation is still open.

After Ballejos was arrested in September – following the other double homicide – he chose not to answer questions, Gallegos said.

He said bullets and casings found at each scene have been tested and do not match one another.

Meanwhile, Chavira and his close-knit extended family are questioning the thoroughness of the investigation and what they said was a lack of communication from the police department. They wonder if more could have been done earlier and whether the September homicides could have been prevented.

The first couple times Chavira’s 2-year-old daughter called him on the night of May 31 he didn’t think much was amiss.

His mother was babysitting while he and his wife helped his father and brother pack up for a move. The 22-year-old’s hands were full and he was frustrated that his mother wasn’t stepping in to stop the calls. The little girl babbled her grandparents’ nicknames and “I’m ready.”

That’s when it hit him. Something was very wrong.

“I gotta fly over there, just see what’s going on …,” Chavira said. “On my way over there, it’s just like the weight of the world just coming down harder and harder. … That phone just kept ringing. We kept answering.”

Chavira and his wife sang to their daughter on the phone, trying to keep her calm, as they rushed to the home on Eighth SW, across from Tingley field. Chavira said when they arrived he leapt out of the car before it was even in park.

A stained glass window in the entrance was shattered.

Running into the kitchen Chavira found his mother’s boyfriend, 44-year-old Hesiquio Cordova, dead on the floor. In the bedroom was his mother, 46-year-old Virginia Serna. She had also been shot to death and her pit bull Beau was wounded by her side. Serna’s gun, holstered, lay between her and the bed.

Chavira’s daughter was on the living room couch physically unharmed.

“She had a pretty white dress on,” he said, choking up with tears. “She had one drop of blood on her. I just grabbed her.”

The next several hours were a blur. Chavira and his wife called 911 and were put in the back of separate police cruisers to be interviewed by detectives.

When they asked who he thought had done this Chavira said he had an immediate answer: Cordova’s nephew – Ballejos – who Cordova had filed a restraining order against in early 2020.

But over the following weeks and months Chavira – who had become the family’s point person – said he was seldom able to get in touch with the detective and others at APD.

Relatives, many of whom told the Journal they previously had only felt respect for law enforcement and authority, grew frustrated at what they said was a lack of updates and a lack of progress. They worried that whoever did this could hurt them as well.

“This isn’t normal,” said Nicole Zamora, Chavira’s second cousin who spoke with the Journal alongside him. “This isn’t something anyone should have to go through.”

Addressing the family’s concerns about the investigation, Gallegos said “every homicide case is constantly reviewed to ensure the detective has all the resources they need for a successful outcome.”

He said at times it can be difficult to give similar updates to several family members, but detectives try their best.

Gallegos would not comment on whether anyone in the chain of command raised any concerns about the investigation.

Ballejos’ mother and grandfather did not respond to requests for comment. Neither did his attorney.

In mid-July a woman living in the apartment below Ballejos on the 500 block of 59th NW reported that a bullet had been shot through his floor and into her bedroom. No one was in her room at the time.

She later told detectives that Ballejos had been texting her telling her she was beautiful and he would like to go out with her. She said after she rejected him she became increasingly afraid and then the bullet was shot into her bedroom.

The complex’s manager started eviction proceedings, notifying Ballejos that he had violated the rental agreement because of his unlawful use of a deadly weapon. In a police report the officer noted the car he drove was registered to Cordova’s father.

Gallegos, the APD spokesman, said the detective investigating Serna’s and Cordova’s deaths was not aware of this shooting until after Ballejos was arrested. It’s unclear whether the casings for that shooting have been tested.

Then, on Sept. 2 – the day after a judge signed a writ of restitution to evict Ballejos – there was another shooting at the apartment complex.

Daniel Humphrey, the woman’s 31-year-old brother, and Sonia Tenorio, her 46-year-old aunt, were both shot to death in the apartment the three shared. The woman’s 11-year-old daughter also lived there.

The door to the woman’s bedroom had been shot and kicked in, according to a criminal complaint filed in Metropolitan Court.

The woman did not respond to messages from the Journal.

Detectives found security camera footage of a man shooting Humphrey twice in the head just outside his door and then entering the apartment, presumably to shoot Tenorio. The man left the apartment 22 minutes later.

Both the woman and the apartment manager identified the suspect as Ballejos, according to the complaint. The woman said Ballejos confronted her numerous times and blamed her for his eviction.

SWAT team officers searched Ballejos’ old apartment but it was empty. They found him at the Barelas home where Serna and Cordova had been killed, Gallegos said.

“SWAT officers responded to the home on Eighth Street and eventually convinced Ballejos to surrender,” Gallegos said. “He was arrested and taken to a local hospital to be treated for wounds he suffered during a fall prior to exiting the home.”

Ballejos is in jail awaiting trial on two counts of murder and tampering with evidence.

Looking at his mugshot, Chavira said Ballejos is much skinnier than he used to be. The words “the root of evil” are tattooed in cursive across his collarbone.

Serna, who multiple relatives described as a “free spirit,” raised Chavira and his older brother, Ezra, in Ruidoso. She was quick to take in other relatives when they needed a place to live, including her cousin Zamora.

About 10 years ago, Serna and Chavira moved to Albuquerque and made the adjustment to big city life.

“This was somebody who in our everyday life impacted us and made sure to make a difference,” Chavira said about his mother. “She was just really charismatic, really outgoing, super energetic … you almost want her to calm down, you wanted her to relax a little.”

Serna met Cordova, who went by “JR,” about eight or nine years ago, and after that Chavira said it seemed like she was in a really good place. The two loved to sing karaoke – Cordova’s go-to-song was Elvis Presley’s “Unchained Melody.” These days Chavira said it’s hard for him to hear it.

“He really became a protector and somebody I looked up to,” Chavira said. “Somebody I trusted, somebody who I was proud to say wasn’t my father but who, you know, helped raise me in a way. He was amazing.”

Cordova’s Barelas house was a family home and Ballejos was family.

But Chavira remembered Serna telling him over the years about erratic and frightening things that Ballejos had done and how he seemed to be using drugs.

The couple called police at least three times, reporting that Ballejos was threatening to kill them or his mother, according to incident reports.

“She was afraid of him and it took a lot for Virginia to be afraid,” Zamora said. “JR told her to start wearing the gun because he didn’t trust him.”

In 2015, Ballejos shot and killed his girlfriend’s cousin after the man broke into their home and the two fought, according to a police report. At the time Ballejos told police the man had swung at him, so he shot him. When officers arrived they found a knife next to the dead man, according to an incident report.

That homicide was ruled justifiable but was mentioned frequently in later reports – once by Ballejos who said it was the source of his post-traumatic stress disorder.

In February 2020, Cordova got a restraining order against Ballejos, saying he was threatening Serna and himself and using drugs. He said he wanted Ballejos to get help and become accountable but could no longer have him around.

“He constantly reminds us that he has murdered someone before and got away with self-defense and that he will not be afraid to kill us,” Cordova wrote.

A judge granted his restraining order application for the period of one year ending February 2021.

These days Serna’s many relatives say they feel some relief knowing that Ballejos has been arrested, but they want justice for their family as well.

Beau, Serna’s dog, survived his gunshot wounds and is living with Chavira.

Chavira’s 2-year-old has been changed by her grandparents’ violent deaths and is now showing signs of PTSD – turning white and going blank in the eyes when a door handle wiggles or she hears anything that sounds like a gunshot or any kind of fighting.

Tags: getting away, killer, Murder 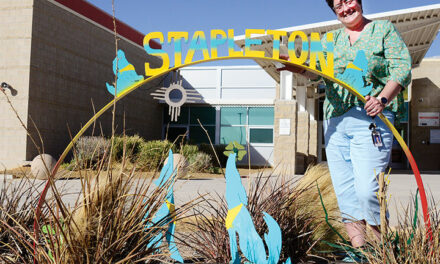