The Duke City Gladiators will try to win their fourth game in a row Saturday, when they face the Indoor Football League’s 2021 champions, the Massachusetts Pirates, at 6 p.m. in the Rio Rancho Events Center.

The Gladiators have added a laser and light show to halftime, as well as more entertainment at the beginning and during the game.  This is “Whiteout Night” – fans are encouraged to wear all white.  The public is encouraged to come to the game to help support the team through the end of the season.

Tailgating starts at 3 in the Events Center parking lot.  Doors open at 5.

The Gladiators (5-5) made it three wins in a row Saturday in the Events Center, getting off to a 14-0 start and never trailing in their 54-49 victory over San Diego Strike Force, which they’ll face in San Diego on July 9.

He had TD passes covering 24 and 10 yards to Dello Davis; two 5-yarders to Jared Elmore; a 6-yard strike to Greg Dent and a 5-yard aerial score to Eriq Swiftwater.

Massachusetts (7-3) has the fourth-best record in the IFL and has won two straight games.

Elmore is second in receptions, with 44.

For more information on the City of Vision’s indoor team, visit dukecitygladiators.com.

Rams use 18-2 run to down Demonettes 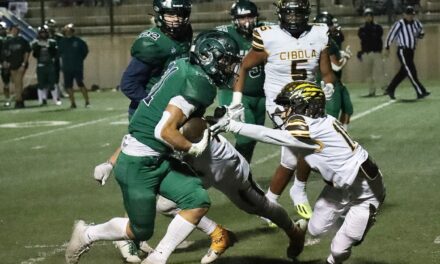