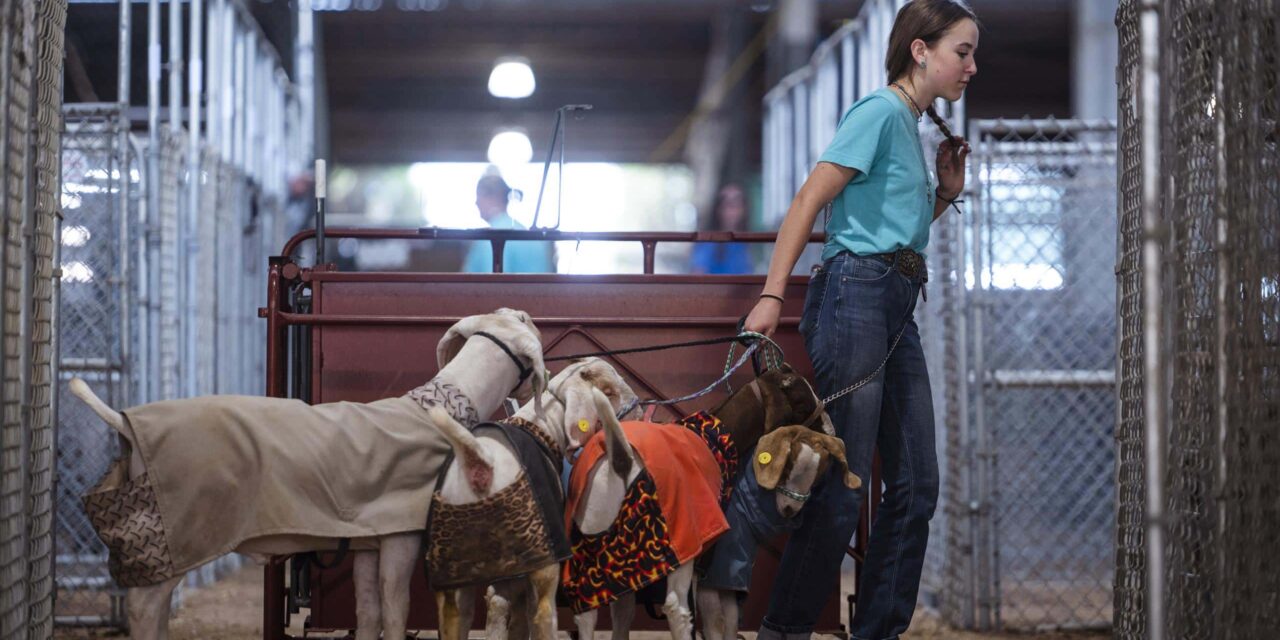 Addie Owensby is spending the afternoon of her 18th birthday in the Swine Barn at the New Mexico State Fair, and that’s just fine with her.

The Des Moines High School student, who lives on her family ranch in Folsom, in Union County, has been showing animals in the State Fair Junior Livestock Show since she was 9, so she is accustomed to being in barns on the Albuquerque fairgrounds this time of year.

What’s tough was not being here the past two years, in 2020 when COVID forced the cancellation of the State Fair and in 2021 when continuing concerns about COVID excluded the Junior Livestock Show when the fair returned.

“That was kind of hard,” she said. “I missed hanging out with friends.”

This Friday afternoon, the second day of the State Fair, Addie and her father, Seth, are sitting near pens holding the four pigs – a Hampshire, a Chester White and two crosses – Addie will show in the Junior Livestock Show. She will also show two heifers – a Hereford and a Simmental – and a Charolais steer.

“The State Fair is like a vacation for us,” Seth Owensby said. “Addie doesn’t have to worry about feeding the (ranch’s) cattle or fixing fence for me. This is her personal award for all the hard work she does.”

“The kids are coming back and they are excited,” said Erin Dorsey, who is in charge of livestock and horse operations at the fair. “They are hungry to show. They miss the showing part of it and the friendships they have with kids from other counties.”

Young people who participate in the Junior Livestock Show are members of 4-H clubs or Future Farmers of America chapters, usually both.

They put in 20 to 40 hours a week getting steers, heifers, goats, sheep, pigs and more ready for not only State Fair competition but also for county fairs and jackpot shows in New Mexico and neighboring states. They feed, water and exercise the animals, bathe them, put conditioner in their hair, put them in cool rooms with fans or even air conditioning to make the hair grow thicker.

Those who place high enough in their show categories – market goat, market hog, replacement dairy heifer, breeding heifer, etc. – earn the privilege of selling their animals in the Junior Livestock Sale, which this year will be at 1 p.m. Friday at the State Fair Horse Arena.

Animals bring in thousands of dollars at the sale. Young exhibitors typically put part of their earnings into a college fund and the rest back into the next livestock project.

Dorsey said there are 460 young exhibitors and 2,200 entries – including everything from poultry and rabbits to lambs, goats, swine, steers and heifers – in this year’s fair. She said that’s about normal.

“Some of the kids sold their animals at county fairs, so they are not coming here,” she said.

A convoy of five or six trailers from Sierra County rolled into the state fairgrounds this past Friday morning, so young exhibitors, family members and animals from places such as Las Palomas, Caballo, Cuchillo, Winston and San Miguel were among the first in the Junior Livestock Pavilion.

Kerianne Apodaca, 15, of Las Palomas, was there with her mother, Velma; father, Mike; and two lambs, a black face named Worm and a cross she calls Wilfred.

“I have always raised lambs and goats,” she said. “I have Boer goats, but I didn’t bring them. I didn’t feel like they were State Fair ready.”

Kerianne, a sophomore at Hot Springs High School, has been showing her animals in livestock shows in New Mexico for seven or eight years, but this is her first time to show at the State Fair Livestock Show. She said she might have been here in 2020 or 2021 if that had been possible.

But now that she is here, does she feel she is State Fair ready?

The Gonzales family of Caballo was nearby. They are father, Nestor; mother, Kelley; and children Kameron, 18, Belemey, 9, Xavier, 8, and Xander, 5. Kameron and Belemey are each showing two Boer goats and two black face lambs.

This is the first time Kameron and Belemey have shown at the State Fair.

“I am excited about doing my best to show my animals,” said Belemey, who attends Truth or Consequences Elementary School. “But I’m excited about the carnival, too. I want to ride the Avalanche.”

Kameron, a student at Hot Springs High School, is also looking forward to the carnival and the rodeo concerts, but he takes the competition to heart. Since his youth livestock competition days are winding down, he is grateful for a chance to show in the fair’s Junior Livestock Show. He is not expecting it to be easy.

“This is a big place,” he said. “There are a lot of learning activities, a lot of competition we don’t know, have never seen before.” Mainly, he’s hoping to do as good or better than his little sister.

Kelley Gonzales said her kids have had plenty of learning experiences on the family farm in Caballo.

“Since we raise lambs and goats, they know the life cycle – birthing, sickness, death,” she said. “We have dealt with snake bite, dogs getting into the animals, heat stroke, you name it.”

Little Belemey has been dragged, kicked and stepped on by the goats and lambs she works with. She has assisted in delivering animals who were experiencing difficult births. And while Kameron is considering a career as a game warden or in the Air Force, Belemey knows for sure she wants to be a veterinarian.

“Because I want to help animals that are sick or hurt,” she said.

Shayly Cummings, 13, of Cuchillo, and Elaina Mays, 14, of San Miquel are best friends who hope one day to share a veterinary practice specializing in horses. Both live on ranches, both rodeo and both are showing animals in the Junior Livestock Show this year.

It’s the first time exhibiting at the fair for Shayly, who is showing two sheep – a black face and a cross – as well as a Limousin steer and a Charolais steer.

However, Elaina, who this year is showing a Limousin steer and a Simmental steer, not only took part in the 2019 Junior Livestock Show, but a doe Boer goat she exhibited that year won its class. It went for $5,000 at the Junior Livestock Sale.

Elaina admitted she had mixed feelings about not being able to be in Albuquerque for the junior competition in 2020 and 2021.

“I was sad because I couldn’t come back, mostly irritated that we could not be here again,” she said. “But there was some relief because I didn’t have to stress coming here. It’s a higher level of competition.”

Shayly said she is pumped to be a part of the State Fair competition for the first time but confessed she is also most definitely stressed out.

“The first year you come here, you expect it to be big and scary,” she said. “But after you have been here, you kind of know the ins and outs and that no one is here to make you look bad.”

Kristy Cummings, Shayly’s mother, is the agriculture teacher at Hot Springs High School. She said efforts were made to substitute experiences for the Junior Livestock Show in 2020 and 2021.

“The first year it was strange,” she said. “(The competition) was virtual. Last year they had something in Roswell, and it was nice. But it was not like being here and going to the rodeo.”

“There are some people who only attend the county fairs, and that’s great,” Shayly said. “But you come here and meet so many people.”

Shayly and Elaina, who had plans to see Dwight Yoakam in concert at the rodeo, hope to enjoy as much of the whole experience as they can. Elaina was looking forward to the carnival rides, but not Shayly.

“The rides are scary for me,” she told Elaina. “I’ll watch scary movies with you but I won’t go on the rides.”

“If you don’t go on the rides, then you didn’t come to the fair,” Elaina said.

“Good afternoon, sir. How are you today?”

That’s 13-year-old Breylin Rubio of Colfax County greeting a stranger in the Fair’s Junior Livestock Pavilion. He’s got the kind of confident demeanor you figure will stand him in good stead with livestock judges.

Breylin is at the State Fair to show his Black Angus steer, Duke, who is calmly standing nearby in a stall area. Breylin’s brother Jaxon, 10, is showing four rabbits.

“I haven’t been here too long, but I am excited and ready to go,” he said. “I started showing when I was 9, in third grade. I was pretty nervous then. But now I have been showing for four years and have got pretty comfortable.”

He thinks Duke is up for the challenge as well.

“He gets in the game,” Breylin said. “He knows what time it is. And he’s good with a halter, gentle, doesn’t kick. Nothing like that.”

Michael Rubio said he is super glad the State Fair’s Junior Livestock Show is back.

In the Swine Barn, Addie Owensby is sporting a belt buckle that reads “Reserve Swine Champion 2022 Union County.” Her pig, White Nose, was the actual champion, but Addie got the belt buckle. She has 20 more buckles proclaiming similar triumphs.

Her animals have made the State Fair Junior Livestock Sale more than once, and in 2018 she was the fair’s Junior Showmanship Champion, an honor recognizing an exhibitor’s skill in the show arena rather than the quality of the animal.

She said the secret to showing pigs is to keep their heads up. And she conceded that despite her extensive experience in livestock arenas, she still gets butterflies at the State Fair show.

“I get a little nervous,” she said. “But after a couple of laps, I take a couple of deep breaths and settle down.” 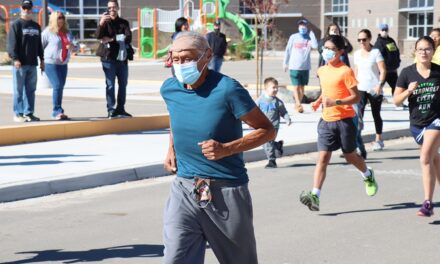 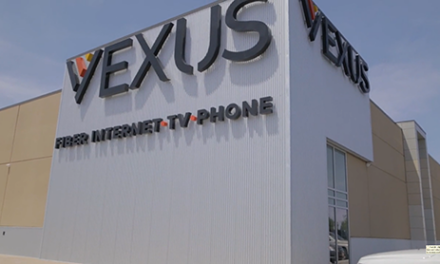