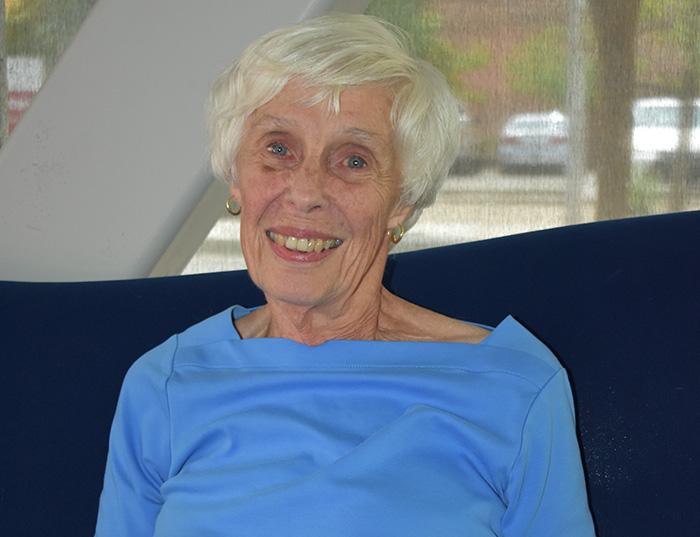 Author Carolyn Meyer has written 60 books, and is known for her works in historical fiction.

But being a successful writer is only the tip of the iceberg.

Meyer is also a successful comedian, solo performer, and storyteller who has had shows throughout the country including Utah and New York.

It took a while for Meyer to hop on stage, but the talent was always there.

“I used to travel around the country to do school visits [for my books], junior high-middle school kids, if you can get a bunch of 7th grade boys to shut up and listen to you, then you must be doing something right,” Meyer said. “I did really well with these kids.”

Meyer always got the attention and interest of her audience — whether they were readers or the people in a live setting. She even recalls a few kids imploring her to try stand-up.

Well, she eventually did.

In 2016, after the death of her husband, University of New Mexico Professor E.A. ‘Tony’ Mares, Meyer started taking Improv classes at The Box performance space in Albuquerque.

“After six months, it was time to get up, I am not good at playing a grieving widow,” Meyer said. “I turned 80 that year, and everyone else [my age] is going to knit, but I started going to check out shows at The Box.”

Meyer was so impressed with the Improv performances and art form that she signed up for classes.

“Then we had to go up on stage, and do our student performance, and I was terrified,” Meyer said. “Then I discovered that once I am in a scene, in front of an audience, I love it.”

Meyer credits actor and classmate Matthew Van Wettering for giving her the confidence to perform and continued to take classes at The Box.

She would transition outside of the ensemble realm of Improv and was a regular storyteller for The Liars’ Game. The Liars’ game is an interactive game in which there are three storytellers, and it is up to the audience to determine which is the liar.

Her work led to solo shows at The Cell Theatre in Albuquerque, which would become a big seller as each show sold out.

“Every Sunday afternoon, there I was doing this thing,“ Meyer said. “And I made money for the [The Cell] Theatre, and I actually got paid for doing this, which is astonishing.”

Some of Meyer’s work includes her podcast entitled Aging Disgracefully with Carolyn Meyer, her fan-favorite character Lusty Bangor, and many memorable storytelling performances like Old White Lady Tells: The making, and unmaking of a racist or Don’t Call Me Young Lady.

“Bartenders would say ‘what can I get for you young lady?’, and do they call a 25-year-old a ‘young lady,’ of course not. They only call me young lady because they think it’s funny. It’s not. It’s condescending,” Meyer said. “I always tell them straight. I’ve become very popular with bartenders in the area.”

Meyer’s talents took her to stages throughout the country and storytelling gigs she’s gotten through The Moth, a nonprofit group in New York City dedicated to the art of storytelling. The Moth has theme-based storytelling events across the United States and in many parts of the world.

If you’d believe it, Meyer’s favorite part of performing is the audience.

Meyer started her performing career terrified of the stage, and now she owns it.

“COVID came along, and I have done podcasts…I need an audience, you feed off it, it’s an amazing feeling,” Meyer said.

Where to find her online: 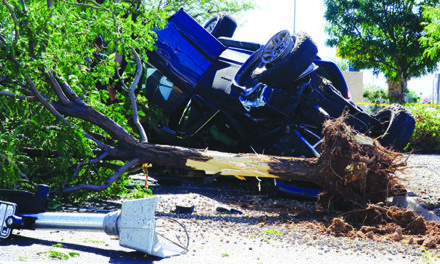 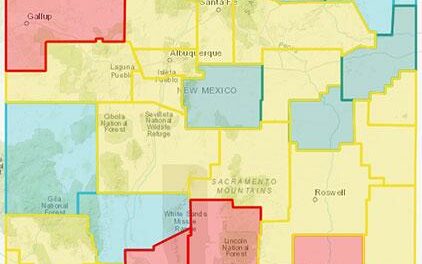