Attracting “digital nomads” to Rio Rancho could stimulate the long-term health of the local economy, said Mayor Gregg Hull.
A digital nomad is a person who works online from home; many employees at Facebook are like this, he said. This is a concept developed by the Business Community and Economic Recovery Task Force, which was created by the mayor and city council.
The task force studies the near- and long-term health and recovery of Rio Rancho’s economy, according to the city’s website. This task force will also make recommendations to Rio Rancho’s governing body. The board will dissolve after a year.
To help stimulate the short-term local economy, the task force created restaurant bingo.
To play, download a bingo card at rioranchobingo.com. After eating at a restaurant on the card, take a picture of the receipt or with the food.
Once five spaces in a line are filled, it’s a bingo. The card can be uploaded on the Rio Rancho bingo website to win prizes.
The latest suggestion from the task force was presented to city councilors at the Jan. 14 meeting. This two-phased plan would utilize digital marketing to attract people to move to Rio Rancho.
“A lot of businesses are looking at that model of, ‘Do we really need these mega-office buildings anymore; do we need that? Do we need to bring people all together in one place or can we manage this remotely?’” Hull said.
Facebook Chief Executive Mark Zuckerberg announced he would allow many employees to permanently work from home, according to the New York Times. However, salaries would match local cost of living for the digital employee.
In a webinar hosted by Albuquerque Business First, Wells Fargo Economist Charles Dougherty said New Mexico’s population is growing, gaining 6,700 new residents in 2020.
“The housing market is white hot,” he said.
Mortgage rates are at historic lows, with averages rates being 2.67 percent in January, Dougherty said.
“Mortgage rates continue to go lower, which is making single-family homes more affordable,” he said.
The ability to work remotely has also changed the market, Dougherty said. It doesn’t make sense to pay for high living costs when you work remotely.
Hull would like the city to be advertised to these people and maybe attract New Mexico graduates back to the state in the process, he said.
“One thing in New Mexico that we always see is our children get educated, then leave. Our greatest export has always been our children. There is an opportunity to now get our kids to come back to Rio Rancho,” Hull said. 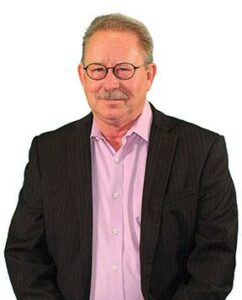 Ed Smith serves on the task force and is the owner of Edit House Productions LLC. Edit House creates commercials and online advertising.
In a presentation to city councilors, Smith said phase one would determine who is interested in Rio Rancho and phase two would take that information and launch it in a marketing campaign.
The task force proposes strategically placing generalized ads on websites that contain articles about “best places to live” or “top 10 places to move.” In addition, the task force suggests utilizing platforms like Google and its searches about moving to direct people to Rio Rancho’s “landing page,” Smith said.
The website would contain content about the city being first in education in the state; having a great police department; and city amenities, like the Rio Rancho Sports Complex, Smith said. The website will include a form people can fill out and phone number people can call if they want to learn more about Rio Rancho.
These inquiries will indicate what groups are interested in Rio Rancho, Smith said, whether that be teachers, senior citizens, families or digital nomads.
“So the testing phase will hopefully provide us with the information we need to determine what to do next, and it could be something completely different that we don’t know about,” he said.
If it turns out digital nomads are not the main interest group, the task force has the flexibility to pivot, Smith said.
If the council funds the project and it goes out to bid for digital agencies, whether Edit House submits a bid is situational, Smith said.
“I think the easy answer is no, it is not ethical (if I’m on the task force). But the board is there for a year so if I am no longer on the board or if the board dissolves, then we would,” Smith said.
Eventually, the mayor will ask the city council for $10,000 for phase one, then $40,000 for the second phase.

Connectivity
A concern of Councilor Jim Owen, District 1, is if the city has the connectivity and broadband to support an online workforce.
In a statement, Sparklight’s Rio Rancho General Manager Jane Shanley said the city does have the connectivity to support an online workforce.
Over five years, the internet provider has invested over $8 million to upgrades and has more than doubled the size of its facility to accommodate the additional equipment needed for future demand, she said.
In 2021, the company plans to invest $6.2 million into a system rebuild in Rio Rancho and launch a new modem, Shanley said.
“This investment will lay the groundwork to eventually deliver 10 billion bits per second download speeds and 1 billion bits per second upload speeds for residential customers,” Shanley said.
Currently, one-gigabit speeds are available to Rio Rancho residents, and the company offers 100-gigabit speeds to businesses, she said. Sparklight’s plant is fed by fiber-optic cables, allowing faster speeds.
“Sparklight has a great relationship with the City of Rio Rancho,” Shanley said. “Having an understanding of all planned developments and new businesses moving into the area helps Sparklight best prepare to meet the connectivity needs of Rio Rancho businesses and residents.”
CenturyLink also offers the same speeds, according to spokeswoman Linda Johnson.
“We’ve made significant investments in our network to bring broadband access to every corner of our service territory where it is economically feasible,” Johnson said. “Sparsely populated areas are difficult for any communications provider to serve due to the costs of building and maintaining the network infrastructure.”
CenturyLink provides internet coverage to a large portion of Rio Rancho, she said.
“We’re always looking at ways to expand or enhance our broadband services, which includes working closely with policymakers on creative public-private partnerships that encourage broadband investment and bring high-speed internet services to more homes and businesses,” Johnson said. 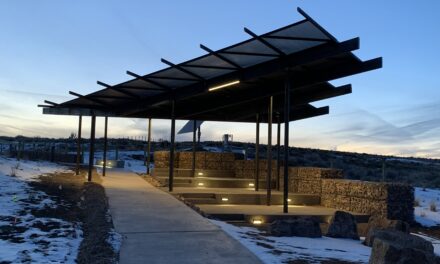