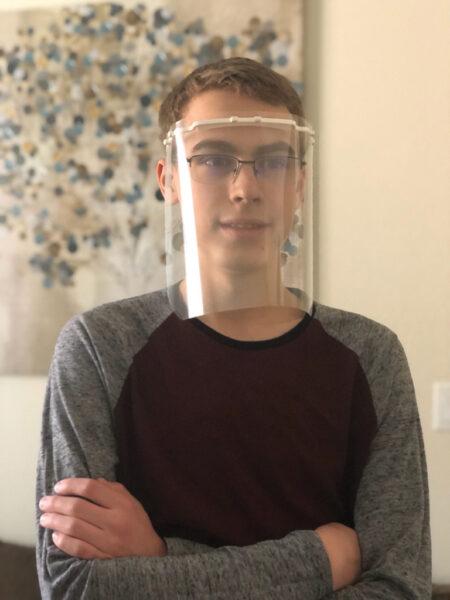 Robotics students created over 2,500 face shields to donate to health-care workers, according to a press release from the local R4 Creating Robotics team.

Youth involved in R4 Creating and Be Greater Than Average LLC, a program for students to advance their science, technology, engineering and math skills, learned how to build and operate 3D printers for the effort.

This burst of creativity came after the students’ robotics competition was canceled. Coach Shelly Gruenig came up with ways to help the community through the pandemic, according to the release.

“Once the shortage of personal protective equipment for health-care workers came to light, 16-year-old student Kent Nelson knew what he and the robotics team needed to do, and they put their 3D printers to work,” said the release.

Nelson said it was a blessing to serve the community. 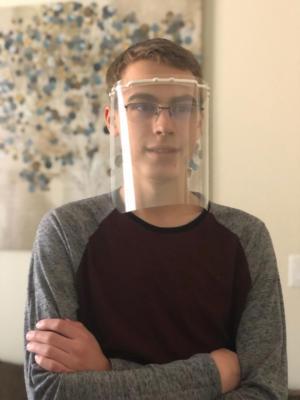 Kent Nelson, 16 and a member of the R4 Creating Robotics team, shows one of the face shields the team made to protect health-care workers. Courtesy photo.

“It is awesome that the team has gotten together to be able to make these things that can save someone’s life,” Nelson said in the release.

Team members used their own resources to produce the first 500 face shields. They have received donations from the community and Affordable Solar, Clark Consulting and Be Greater Than Average to continue producing PPE.

“The response has been overwhelmingly positive. One medical professional said the face shields were going like hot cakes in response to fulfilling the need for PPE,'” according to the release. “Another professional shared, ‘The shields that the students made will help keep our staff safe. This delivery of PPE is the first we have received, and we are so thankful!'”

This positive response has made Gruenig proud of her students.

“I can get a little choked up about it. It really has been a beautiful thing,” she said. “We’ve given people hope. People constantly tell me, ‘Oh, my gosh! Teenagers are doing this? Wow! This gives me hope for our future with teen-leaders like this!'”

Papa Murphy’s is providing a pizza with delivery of PPE, according to the release.

“The plan is to make as many units as possible to fulfill the ongoing need,” said the release. “The real impact is felt by the boots on the ground — the health-care workers who are benefiting from the students’ selfless actions.”

To donate to R4 Creating Robotics team, contact Gruenig at 715-7732 or [email protected], or visit R4creating.org.

“As many around the nation struggle to adapt to the stay-at-home orders, the R4 robotics team is excited to find a way to make a difference from their bedrooms as they tend to their 3D printers, cut and hole punch transparencies and safely transport the much-needed supplies along with enclosed notes thanking health-care workers for having the heart of a hero,” said the release. 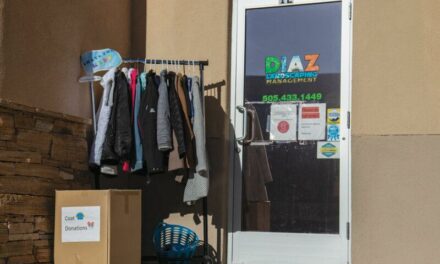 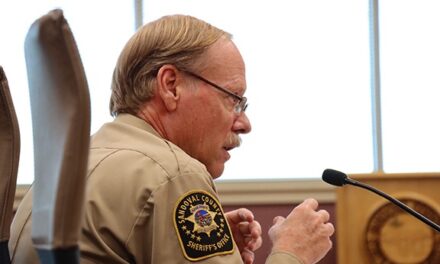 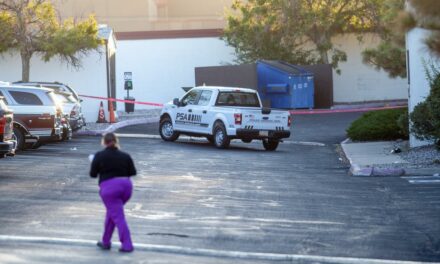