According to the agenda, one public hearing is for a site plan of an acre and a half of land on Grande Boulevard, behind Latitudes. Under the plan, a strip mall would be built for professional and medical offices, shops or restaurants at 2340 Grande.

The second public hearing involves a request to change the land-use zoning of two lots on Golf Course Road from low-density single-family residential to neighborhood commercial, according to the agenda. The lots consist of a little less than an acre of land between them.

Empty retail land is to the south, the backs of medium-density residential lots to the west and developed neighborhood commercial land to the north, according to a map included in city information. The land directly across Golf Course is vacant and zoned for low-density single-family housing.

The information doesn’t specify what businesses might occupy the land if the zone change were approved. In neighborhood commercial districts, municipal code allows:

Property owners could also apply for permits for theses uses:

Members of the public can attend the meeting in person or watch it via livestream at rrnm.gov/2303/Watch-and-Download-City-Meetings. The agenda is at the same URL.

People can provide input in person, via email to [email protected] or through Zoom. Information for joining the Zoom meeting is at the website above. 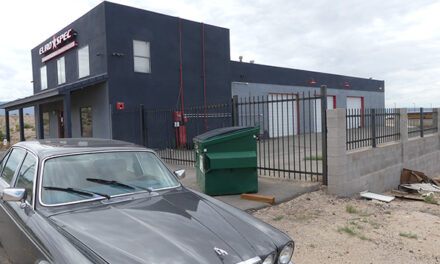