ALBUQUERQUE — There would be no last-minute touchdown for their opponent on this Friday night game at Wilson Stadium.
Senior safety Devonte Shendo laid a crushing blow to La Cueva receiver Jackson Hix in the end zone on a fourth-down play in the game’s final minute, and all Storm quarterback Eva Wysong had to do was kneel down three times to run out the clock.
Final score: Cleveland 33, La Cueva 29 — and first-year CHS coach Robert Garza was given the game ball.
Wysong gave the Storm (1-1) a 6-0 lead less than two minutes into the game when he bolted 68 yards. That TD was set up when Shendo intercepted a Bears pass at the 10.
The Bears (1-1) came right back with a touchdown of their own and the point-after made it 7-6.
That would be their last lead of the game, but they stayed within hailing distance until their final offensive play.
Josh Perry scored the Storm’s second TD and linebacker Stratton Shufelt, inserted into the backfield because he can be such a load to haul down, scored on a yard run.

The Storm held a 21-10 lead after the first quarter ended.
Each had a TD in the second quarter, as Bears QB Aidan Armenta connected with Ian Sanchez on a 49-yard scoring pass and the Storm got an 11-yard run to paydirt by Wysong; at halftime, CHS held a 27-17 lead.
A short Bears TD run with 8:21 left in the third quarter was the only tally in that stanza, and the Storm led 27-23 heading into the fourth quarter.
Wysong found Andres Armijo open and that resulted in a 43-yard TD pass.
The Bears mounted an impressive 13-play, 93-yard drive to pull within four again,midway in the final period.
That left a lot of time on the clock, and after a delay-of-game penalty, Wysong scampered four yards on fourth down — leaving the Storm short by a yard of the first-down marker. La Cueva took over on its own 27, and steadily marched downfield till back-to-back incompletions by Armenta — the second one thanks to Shendo.
Cleveland hits the road again Friday, heading to Amarillo High (0-1), which opened its season Friday with a 47-21 loss to Midland Legacy. 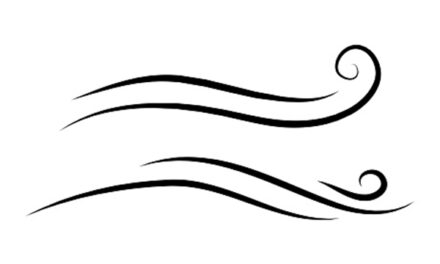 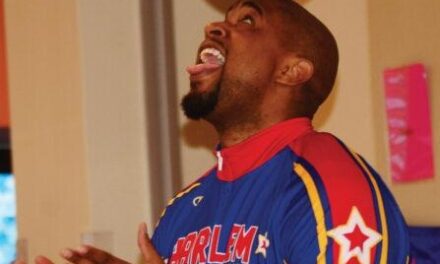 Life’s great for this Harlem Globetrotter 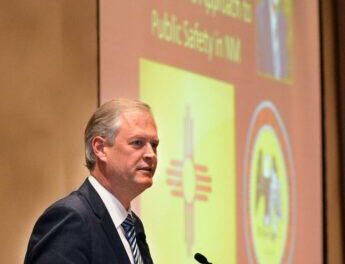