For about 24 minutes last Saturday, the Cleveland High girls soccer team thought it might have done enough to guarantee itself a spot in the 12-team Class 5A state playoff bracket when it’s released this weekend.
After all, the Storm were leading the No. 1 Cibola Cougars, 1-0, thanks to Arissa C’de Baca’s goal in the game’s 29th minute.
But then the Cougars placed the ball just out of the reach of diving Storm goalkeeper Ashlyn Bartley in the 67th minute to tie the game, which ultimately went into two scoreless 10-minute overtime sessions and left the Storm with their second 1-1 draw at home in eight days.
Each time, CHS coach Greg Rusk thought, a Storm win could get his squad into the postseason, which it missed last season for the first time in school history.

(To see more about the city’s varsity soccer teams, be sure to get the Oct. 24 issue of the Rio Rancho Observer!) 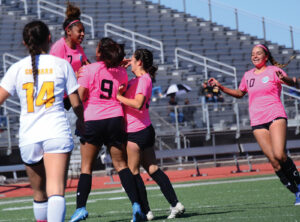 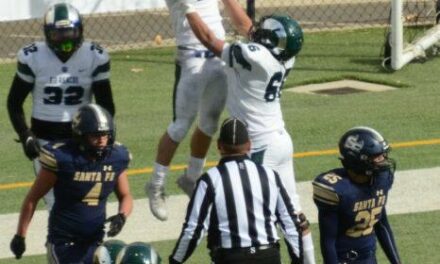