You’ve heard that “patience is a virtue,” and it paid off in 2 points for the Storm’s Elijah Brody (foreground) here Tuesday evening in the Ring of Fire. After the Hawks’ 6-8 center, Sean Alter, came back to the floor, Brody lofted an easy shot into the hoop. Gary Herron photo.

ALBUQUERQUE — The Cleveland High boys basketball team’s plummet continued in the Ring of Fire the evening of Jan. 18, when the Storm lost for the sixth time in a row, 73-45, to the unbeaten Volcano Vista Hawks.
It was the Storm’s third loss of the season — in as many places — to the Hawks (17-0) this season: VVHS beat the Storm 81-70 in the Phil Griego Invite championship game in the Thunderdome on Dec. 11, 76-56 in an APS Metro Championships semifinal game at West Mesa on Jan. 7 and then last week’s whipping.
The Storm (10-9, 0-1 in District 1-5A) led just once, 4-2, before a 14-0 run by the Hawks.
Volcano Vista led at the end of the first period, 13-6, and had a double-digit lead at intermission, 37-26,
The Storm actually had an opportunity to make it a one-possession game in the third period.
Trailing 49-43 after Nic Trujillo’s third 3-pointer of the contest, the Storm got the rebound when Hawks star Ja’Kwon Hill missed a 3-point shot. But, as they had done so often in the first half, when they committed a dozen turnovers, a bad-pass turnover gave the ball back to the Hawks, who scored the next 16 points.
The third quarter ended after the Hawks had scored 6 of those 16 points, with Volcano Vista owning a comfy 55-43 lead.
Cleveland went into another scoring funk, with Elijah Brody’s baseline layup about midway through the fourth quarter giving the Storm their mere 2 points in that forgettable quarter.
The Hawks’ defense wasn’t tenacious, though, as most of Cleveland’s turnovers were unforced; the Storm had only two turnovers in each of the final two quarters. But the Storm were missing their shots, including what some would call makable layups.
Trujillo and Antonio Avila led the Storm with 11 points apiece, and Daniel Steverson added 10. Hill paced the Hawks with 22 points, while Kaden Valdez had 16 and Sean Alter — at 6-8 a force to reckon with inside the paint — had 12.
Cleveland coach Sean Jimenez, suffering through the longest skid in his six seasons as head coach, remains optimistic.
“It’s hard. We’re down 49-43 … we get the ball and have a chance and we turn it over,” he said. “Against good teams like that, you can’t do that. They turned it on, a 16-0 run.
“I called a couple timeouts; we couldn’t stop the bleeding,” he said, thinking he knew a way to see his team get back another victory, which it hasn’t done since Jan. 5.
“Finally, we have five practices in a row before our next game, so that’s how we’re going to get it turned around: Get back to the gym, practice and work on every single thing,” he explained. “We don’t do anything great; we don’t. We don’t rebound great, we don’t defend great, we don’t run our offense great, so I’ve got to get back with this young group and keep being patient with them and keep teaching them.”
He knew this year’s squad would feature youth: Only Avila and Cole Savage, who didn’t start at VVHS, are seniors.
“I knew it was going to be a tough year; I didn’t think it’d be like this,” he said. “But we gotta get back to the gym. There’s nothing we can do, other than roll up our sleeves and get to practice and keep workin’ on stuff.”
Fortunately, he said, there’s still good team chemistry, which can often be hard to maintain during losing streaks.
“There’s still good team chemistry; we’re just used to winning,” he said. “The five years that I’ve been here, we’ve won a lot of games, so it’s hard for the players and coaches to keep taking it on the chin. We don’t want to lose this group yet because we still have seven district games left — we’ve got to fight through that so we can get a good position for the state tournament.”
Storm warnings: The Storm travel to Atrisco Heritage Academy for a district game Tuesday at 7 p.m. The Jaguars were the only team to beat the Storm last season, and the team that lost in the 2022 APS Metro championship game to Volcano Vista, 1-5A’s other powerhouse this season.
… For a two-week period, ending the first week in February, APS is banning fans from games played on its courts.
… The Storm have scored a season-low 45 points three times this season in losses to La Cueva and Volcano Vista and in a victory over Highland.
… Back in the 2012-13 season was the last time CHS lost at least six games in a row; that year, uder original head coach Brian Smith, the Storm had 5- and 9-game skids. Cleveland also had a 9-game skid in the 2011-12 season. 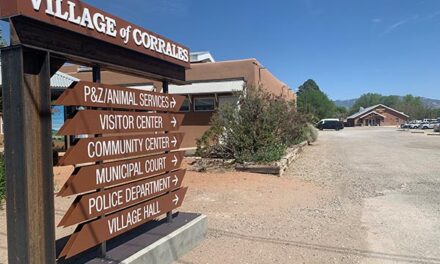 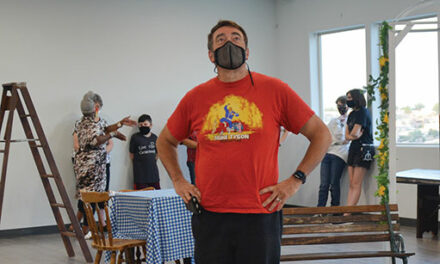 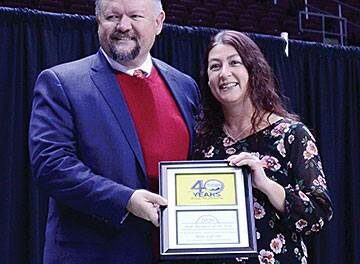