ALBUQUERQUE – What seemed like a comfortable 14-point lead for the Cleveland High boys basketball team in the fourth quarter at Cibola High School Tuesday evening disappeared faster than a plateful of nachos at a Super Bowl party.
Cleveland managed to hold on, 64-61, in the first round of the District 1-5A tournament, earning the right to play tonight (Feb. 23, 5:30 p.m.) at Rio Rancho, the third-place team.
Once ahead 53-39 with less than five minutes to hold off the upstart Cougars (8-17), whose only District 1-5A victories had come against Cleveland, the Storm (13-14) saw their lead slowly eaten away … like those nachos.
Even with 52 seconds left in regulation, the Storm had a 59-49 lead after Cole Savage sank one of two free throws he’d been awarded.
But before he’d visited the charity stripe, he’d been assessed a technical foul.
That sent Cibola high-scorer Brady Arrenius to the foul line for two foul shots, and he made them both.
After a Storm turnover – one of only three in the fourth quarter and eight for the game, the Cougars made it 59-54 on a basket by Robert Puentes.
Cibola called a timeout and coach Ray Rodriguez instructed his players to foul Cleveland players as soon as possible, knowing the Storm had been struggling at the line.
It worked: Daniel Steverson was fouled and made one of two; Elijah Brody was fouled a few seconds later after the Storm rebounded an errant Cougars shot, and he missed both free throws.
Following the Storm’s final turnover of the game, Puentes hit a 3-pointer and the lead was 60-57.
The game’s final 17.3 seconds had Storm hearts beating faster.
Steverson was back at the foul line and he swished both shots through to make it 62-57, but Puentes was fouled trying for another 3, and he sank his first two foul shots for 62-59.
After his third shot missed Arrenius was there for the rebound and easy putback, leaving the Storm’s lead at 62-61 – and was fouled.
Arrenius’s rare miss – he had made 13 of 15 free throws at that point — on what would have been the game-tying free throw was rebounded by Cole Savage, and he was quickly fouled.
Thankfully for the Storm, he sank both free throws and Puentes’s bid to sink a game-tying trey was off the mark and the Storm got the ball as the buzzer sounded.
Biggest rebound of the season and maybe his career, Savage was asked.
“Yeah,” the senior replied. “It was pretty big. I just looked up. I know I can jump pretty high, so I just jumped up as high as I could and grabbed the ball right out of the air.”
What about the costly missed free throws? The Storm made 6 of 9 through the first three periods, then a meager 9 of 19 in the fourth quarter – and that included two “front-end” misses?
“Just an off-night,” he said. “We’ve been working on them in practice, but we just had to persevere and push through.”

Steverson led the Storm with 15 points; Savage and Damian Molina, who came off the bench and connected on three 3s, had 10 apiece. Arrenius led all scorers with 31 points.
Savage and his teammates knew the season’s end is coming soon – and sooner than usual for a school with seven final-four appearances in the past seven seasons.
“(Coach Sean Jimenez) said our backs were to the wall. He said we had to push through and play like every possession was our last.”
Was Jimenez nervous, seeing that double-digit lead dissolve into a tie.
“No, not at all,” he said. “We won the game. … I can’t tell you why we missed (the free throws), but sometimes you don’t make them.
“Fortunately for us, we got two big ones from Cole at the end,” he said. “We need to get some momentum going into state, and that game helped us – even though we gave up a big lead at the end.” 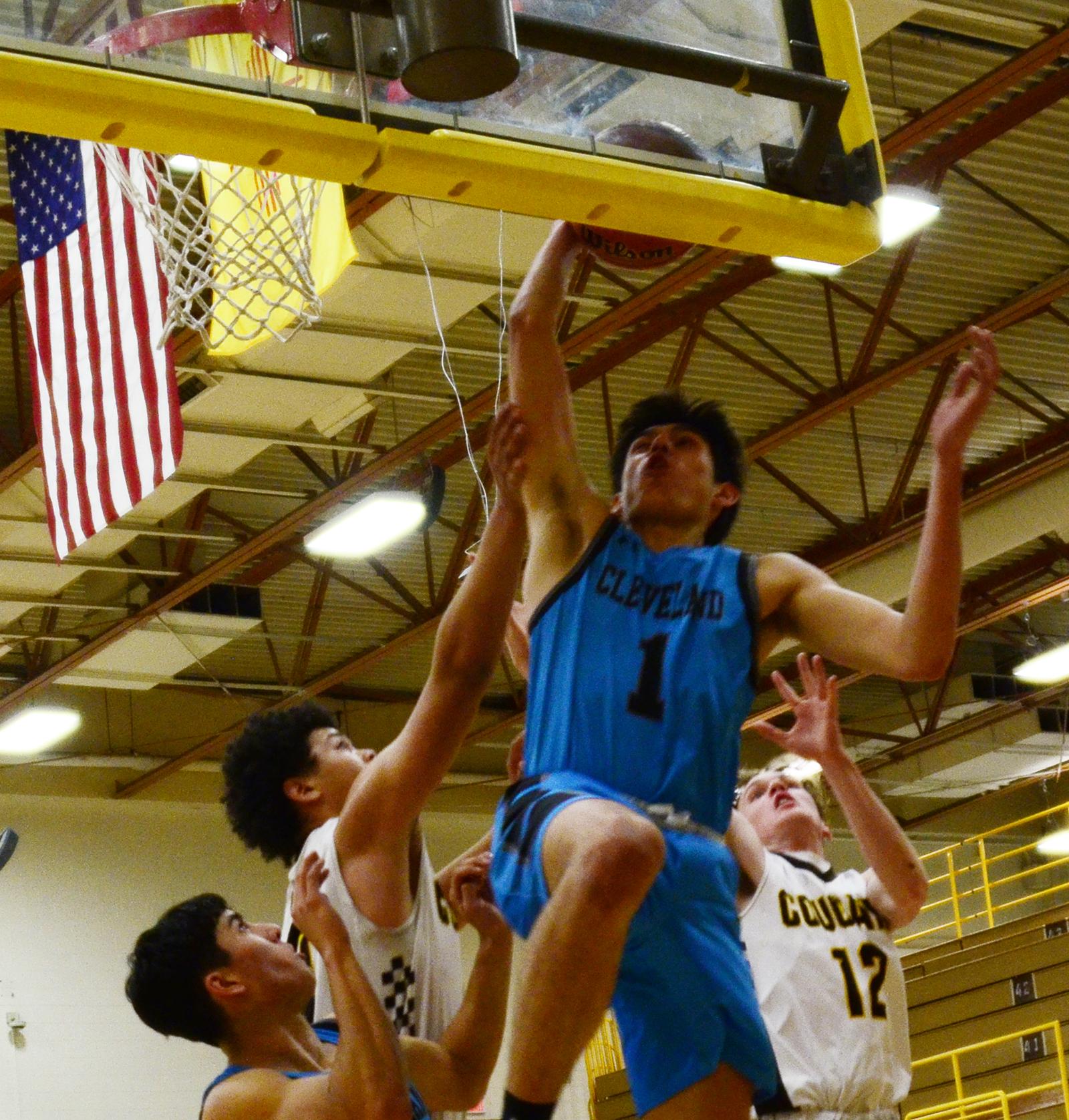 The Storm’s Cole Savage (1) gets up for a first-quarter rebound Tuesday evening in the Cougars’ lair. (Herron photo) 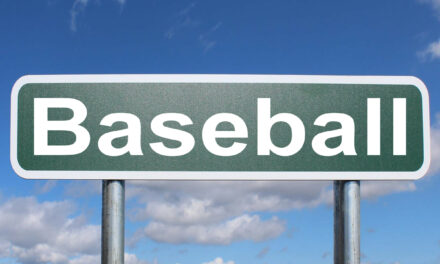