Although their season ended short of playing for the Class 5A championship at Isotopes Park, the Cleveland High baseball team received plenty of postseason honors.

Although the Storm were eliminated from their first state title by the eventual champion, the La Cueva Bears, in the quarterfinals, the only head coach they’ve ever had – Shane Shallenberger – was named the District 1-5A Coach of the Year.

And shortstop DJ Sandoval was named the district’s Player of the Year.

Named to the second team were Dominic (at pitcher) and outfielder Roman Branaugh.

Rams not far behind in honors

Volcano Vista QB Elliot Paskett-Bell too much for Rams

No. 1 Storm girls fall in PKs to Eldorado 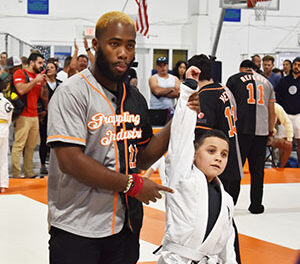 Rio Rancho takes medals at BJJ tournament at The Mac