The New Mexico Department of Health canceled a mass vaccination event for local educators less than 24 hours before the expected start time.
Several local entities, including Rio Rancho Public Schools, arranged the event for this past Friday and Saturday. DOH officials said the event didn’t adhere to the tiers for vaccination priority and wouldn’t have been fair.
“This is after (UNM) Sandoval Regional Medical Center, Sandoval County and Rio Rancho Public Schools received permission from the New Mexico Department of Health to move forward with the event, put in multiple hours/days planning the event and have worked with multiple agencies and volunteers to ensure the event would be a success,” lamented RRPS Superintendent Sue Cleveland in an email to staffers.
Representatives from SRMC, Sandoval County, RRPS, Bernalillo Public Schools, the Sandoval Academy of Bilingual Education and The ASK Academy met with multiple state officials Thursday morning to plead their case to no avail.
“Now, one day before the event, the (DOH) has determined that they need to cancel the event as it did not follow the order of the sub-phases in phase 1B and that it would not be ‘equitable’ to Albuquerque Public Schools, who also had a planned event canceled by the (DOH),” Cleveland wrote. “This does not take into account the other schools districts across the state who have been allowed to move forward with vaccinations for their educators.”
Cleveland said the health department officials wouldn’t reconsider the decision even though the event would have provided training to Sandoval County employees to allow them to vaccinate other groups more quickly.
“This decision impacts multiple educators in Sandoval County and parents who have been so understanding and cooperative as we disrupted their schedules and asked that they keep their children home for an additional day in order for us to get vaccinations completed,” she wrote.
“As the ultimate goal across the state and nation is to slow and stop the spread of this deadly pandemic, the loss of an opportunity to vaccinate 1,800 individuals over the course of two days seems counterproductive and we are extremely disappointed for our staff and our community.”
RRPS was informed of the DOH decision Thursday at 12:20 p.m. The state was already informing news media and sending cancelations through the vaccine registration system.
DOH Communications Director Matt Bieber wrote in an email to the Observer that the immunization event was canceled because the state isn’t vaccinating educators yet.
RRPS hybrid students in grades K-5 returned to classrooms Jan. 19.
“DOH could have done a better job of communicating the state’s phased vaccination plan — and we intend to,” he said. “We also extend our sincere apologies to the affected communities in Sandoval County. We understand that canceling this event is frustrating and disappointing for residents — but it is also necessary to ensure that vaccine goes to those who are most exposed and vulnerable to COVID-19.”
Bieber said the DOH knows New Mexicans are eager for the vaccine and is eager to distribute it.
“In fact, New Mexico is vaccinating its population faster than almost every other state — and we could distribute significantly more. The issue is supply,” Bieber continued. “Like all states, we depend on the federal government for our supply of vaccines. We are asking our federal partners for more vaccine, and in the meantime, we will continue to distribute vaccine as quickly and efficiently as possible.”
By Thursday evening, former RRPS school board member and current State Sen. Craig Brandt, R-Rio Rancho, had distributed a letter to Health Secretary-designate Dr. Tracie Collins, expressing his outrage at the cancelation and demanding the vaccines be delivered as previously agreed.
“The irresponsible decision of NMDOH to cancel these potentially lifesaving vaccines will do lasting damage to Rio Rancho schools, teachers, parents and especially students,” Brandt wrote. “Considerable time and effort was put into the planning of this event. Your agency’s incomprehensible decision demonstrates a callous disregard for the families and teachers of the community I represent.”
Rio Rancho School Employees Union President Billie Helean, also a teacher at Stapleton Elementary, plus American Federation of Teachers New Mexico President Stephanie Ly and National Education Association-New Mexico President Mary Parr-Sanchez, agreed in a statement issued Friday that “…the last minute cancellation of distribution of vaccines to Rio Rancho Public School Employees is a cruel and short-sighted decision by the New Mexico Department of Health.
“Our unions have been working collaboratively with the district since the beginning of the pandemic to ensure critical segments of our student population receive meaningful in-person education, and the availability and distribution of a vaccine to a large segment of our educational staff would have been the keystone for being able to serve even more students through in-person education.
“The reversal of the planned vaccine distribution coupled with the extremely short notice of such an announcement was doubly disappointing with the additional announcement of positive COVID-19 cases among the Rio Rancho school community. … We call upon the New Mexico Department of Health to fully account for the shameful breakdown in this process and for an increased transparency about access and availability of the COVID-19 vaccine to New Mexico’s hardworking educator heroes.” 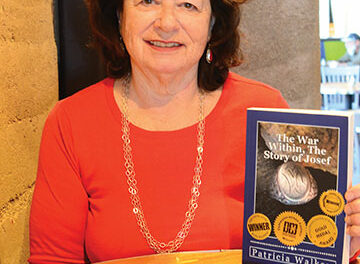