As displaced civilians flee to safety amid the Russian-Ukrainian conflict, the dangers don’t stop once they’re out of conflict zones.

They’re dealing with hypothermia, exhaustion, dehydration and other environmental exposure problems as they wait in line to cross the border. And Dr. Matthew Wilks of Sandoval Regional Medical Center is on the frontlines to help provide basic medical care. 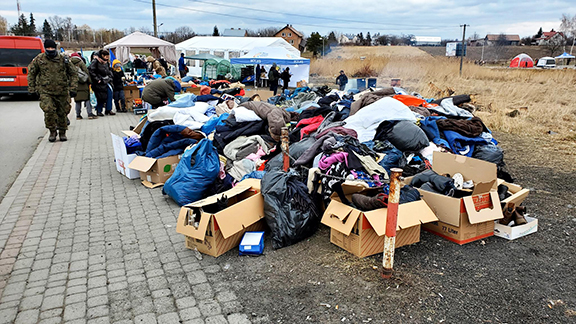 Wilks said he’s helping people not being treated by the local health care system that has also been displaced by the devastation of the conflict.

“You can just see it in people’s eyes. They’re distraught,” said Wilks, who is aiding a group called Team Rubicon.

Mobile units arrived at the Ukrainian border on Saturday, ready to assist people who’ve been waiting a few hours, if not a few days, just to cross the border.

“In that time, they’re exposed to the cold. It’s winter in northern Europe. It has snowed several days here since I’ve been here,” said Wilks, who’s been overseas since March 1. “They may spend a few days in line at the border, but they may have been traveling for a week already just to get there… There are thousands of people in line.”

Aside from supplying IV fluids to treat ailments like dehydration, Wilks said Team Rubicon’s providing medications for diabetes, high blood pressure and heart disease because people may not have brought their medications with them.

He also said the group’s treating pregnant women by assisting with deliveries, and is bringing in psychologists and social workers because of the mental anguish people have.

If Team Rubicon, a volunteer organization that helps communities affected by disasters, encounters something it can’t treat, Wilks said he coordinates transfer agreements with hospitals.

Wilks, an emergency room physician, said the six border crossings he goes to process between 15,000 and 20,000 people a day, setting up stations based on where the largest need is.

He said the locations are 20 to 50 miles apart from each other, and roadblocks, security checkpoints and safety concerns could make getting to each location a challenging task.

“Safety is critically important here for us. We are not going to be deploying anywhere where there’s active fighting,” he said.

He also said Team Rubicon monitors activity via webcams and social media posts to determine which border crossing to deploy to.

“They tend to gravitate to the crossings that have the least people. But then the next day, that crossing has the most people because everybody went that direction,” he said. “We are a mobile unit, which is one of the distinctions of what Team Rubicon provides.”

Wilks said his work involves making connections with the United Nations, the World Health Organization and local medical workers to help civilians get basic medical care. He said the current plan is to spend the next three months providing medical care at the border, but Team Rubicon will be ready to stay longer if necessary.

“This is a different role for me than usual,” he said. “Things are going OK. I do feel safe here. The people are great here.”

Wilks said his prior experience helping those in Puerto Rico displaced by Hurricane Maria in 2017, and doing so with limited resources, helped ensure he’s well-prepared for what’s happening in Ukraine.

“When I saw this tragic event unfolding on the news, I felt like I needed to get involved,” he said. 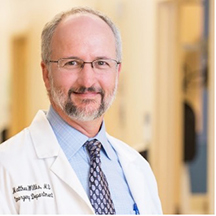