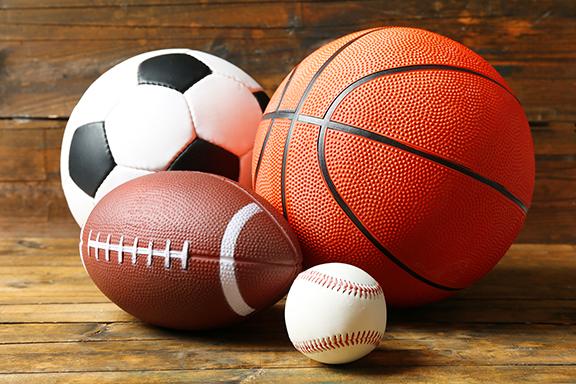 Hoops already? Yup
Two Rio Rancho summer youth basketball camps, hosted by head coach Wally Salata, his assistant coaches and current players, are set for May and June at Rio Rancho High School.
Session 1 runs May 31-June 3; Session 2 runs June 13-17. Each camp runs from 9 a.m. to noon each day, with fundamentals stressed from 9-11 and games played from 11 to noon.
The camps are open to boys and girls in four divisions (fall 2022 grades K-2, 3-4, 5-6 and 7-9), and no experience is necessary. The cost is $125 per session, with a maximum of 120 kids per session, and 30 campers per division. Every camper receives a camp basketball and T-shirt, and a concession stand with “Ram cones” will be available.
For more information and to register, go rioranchocamps.net.

Basketball camp at Cleveland, too
Cleveland High girls basketball will be hosting two “Next Level” basketball skills camps this spring for girls and boys going into grades 3-9.
The first session runs May 31-June 2 from 8:30 a.m. to noon; the second session runs June 13-15, also from 8:30-noon. The cost is $85 for one session or $150 for both sessions.
Sign up at clevelandcamps.net.
For more information, contact head coach Susan Kubala at [email protected] or 505-550-2523.

Storm boys have hoops camp
An individual summer camp hosted by Cleveland High boys basketball coach Sean Jimenez takes place in the CHS gym, aka the Thunderdome, June 6-8 from 9 a.m. to noon each day.
It’s for boys and girls ages 7-14, costs $85 per camper in advance ($100 on June 6 registration, if spots still available) and includes a T-shirt and prizes.
A concession stand will be open.
For more information, contact Jimenez at 505-730-8878 or [email protected]

Soccer assistants sought at RRHS
Longtime Rio Rancho High School girls soccer coach Uwe Balzis is in need of an assistant head coach and a coach for his freshmen team for the 2022 season.
Both positions come with a stipend. Contact Balzis at [email protected] if interested, or for more information.

Rams soccer boys: Heads up
All boys interested in playing soccer for RRHS in the fall should bring a parent to the spring information meeting on Thursday, April 28, at 7 p.m. in the RRHS cafeteria. Meet the coaches, ask questions and maybe even win a cool door prize.
For more information, visit ramsoccer.org or contact coach John Shepard at [email protected]

Law enforcement dodgeball tourney helps SONM
A 16-team benefit dodgeball tournament is taking place May 7, from 10 a.m. to 4 p.m., at Taft Middle School, 620 Schulte Road NW, Albuquerque.
Entry fee for a team of at least five players is $100, with only “public safety members” allowed to participate. Proceeds raised go to Special Olympics NM. Two games for each team are guaranteed.
To register, or get more information, call Manuel Ortiz at 505-609-7610 or Gary Chavez at 505-480-5948.

Lopes was PCL’s Player of the Week
Albuquerque Isotopes infielder/outfielder Tim Lopes has been named the Pacific Coast League Player of the Week for April 12-17, highlighted by his first career five-hit game on April 14 vs. Tacoma. Overall, he batted 12-for-23 (.522) with four doubles, a triple, a home run and six RBIs over five games during the week.
With the first homestand of 2022 complete, Lopes and his teammates headed to Round Rock, Texas, to begin a six-game series against the Express.
Isotopes are back home
After taking two of six games from visiting Tacoma in mid-April, the Albuquerque Isotopes were back on the road last week.
This week, starting Tuesday, the Sacramento River Cats are at isotopes Park for six games in as many days.
The teams meet Tuesday, Thursday and Saturday at 6:35 p.m.; Wednesday at 12:05 p.m.; Friday at 7:05 p.m. and Sunday, the finale of the series, at 1:35 p.m.
For more information or to buy tickets, go to abqisotopes.com.

Gladiators win again
In a game that featured an early 21-0 Gladiators lead, six lead changes and seven touchdown passes – four of them to Dello Davis — from Duke City quarterback Ramone Atkins, the Duke City Gladiators held off the visiting Tucson Sugar Skulls, 57-52, on April 16 at the Rio Rancho Events Center.
Atkins’ TD pass to Jared Elmore knotted the score at 49 with 2:52 remaining in regulations.
A 50-yard (the length of the field) field goal gave Tucson (1-3) a 52-49 lead with 55 seconds to go.
But for the second week in a row, the Sugar Skulls’ secondary coughed up a passing touchdown late in the game, with Elmore giving Duke City a 55-52 lead following the missed PAT.
Tucson (1-3) had a chance to tie with a 57-yard field goal attempt with four seconds on the clock, but the snap sailed past the kicker and bounced in the back of the end zone for safety to end the game.
Duke City (2-3) plays its next four games on the road: Frisco (April 23), Tucson (April 30), Bay Area (May 7) and Las Vegas (May 21). The Gladiators’ next home game is on May 28 at 6 p.m. when San Diego Strike Force visits the Events Center.

Latest from the lanes

Anderson, a student at the University of New Mexico, found the two vastly different sport lane conditions challenging, with only three games above her usual average — 186, 186 and a clean finishing 212 — to snatch victory from the “jaws of defeat” from Rio Rancho’s Alyssa Burks, who was 32 pins ahead with one game to go. Mia Medina, Burks’ Rams teammate was third, 24 pins behind.

Martinez was the only boy to finish the eight-game event with an average over 200, carding 1,604 to beat Sandia Park’s Land Matthies by 34 pins, followed by Albuquerque’s Logan Trujillo with 1,499.

The youth bowlers shared scholarships of $2,000.

In other news from the Rio Rancho center:

* Alex DeVargas and Derek Dallago won Easter Sunday’s Doubles Marathon with a 7-1 match-play record, losing only game 4 while winning all others with team two-game totals between 355 and 433.

Sixth went to the father-and-son team of Orlando Ulibarri Jr. and Orlando III III at 373, then Shawn Lee/Robin Prioleau (357), and a tie for eighth shared by Mike Waite/Brian Bledsoe and Tracy Fredrickson/Matt Vargas (331).

Taking first in their singles age brackets were Evelyn Trujillo and Carl Chavez with 668 and 792 respectively, with Chavez and Carla Bond also winning all-events.