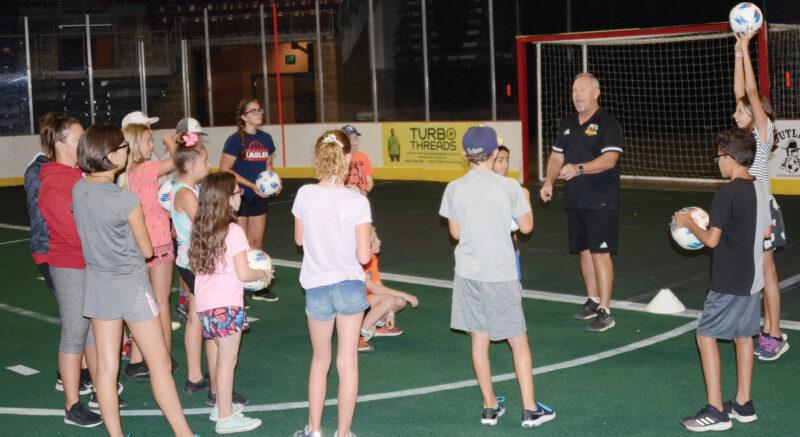 The Sunset Little League’s team of 9-10-11 all-stars recently won the state title in Clovis at Beachum Field, where they came up through the losers’ bracket to defeat Artesia twice for the title. The SLL team earlier won the District 8 title, although there were only three teams competing in it.

“Baseball occupies a huge percentage of our lives, which we enjoy,” team manager Greg Jaramillo said.

Jaramillo was assisted by coaches Cody lee and Gerald Segura.

“We are very fortunate to be surrounded by tremendous kids and families,” Jaramillo said. “I am also a partner in the Brew Lab 101, where our banners are hanging.”

Jaramillo said the players will get championship rings and receive them at a team barbecue.

The team was honored at the July 24 meeting of the Rio Rancho Governing Body.

Also in District 8 Little League news, longtime umpire and former West Mesa Little League president Mario Martinez will be umpiring at the annual Little League World Series in Williamsport, Pa. He’s the fourth District 8 ump to achieve that destination, and the sixth from the state.

If interested, call the school’s athletic coordinator, Phil Schroer, at 238-4231.

No experience is necessary; the AFOA will train. This is not a full- or part-time job, and pay is on a per-game basis.

For more information, or to register to wear stripes, contact Ken Murphy at 385-4367.

Latest from the lanes

But it was an earlier game that sent shock waves through the other 15 finalists.

In that first-round match against local PBA member Gerry Smith, Miller-Mackie connected for a 300, her third in July, a career-best for the southpaw.

“I’ve never had three 300s in a calendar month before,” she said. It was almost four, as she also bowled a 299 in a Thursday league match, leaving a 7-pin on the last shot.

In the losers’ bracket, more history played out, as Angel Ortega bowled his 20th perfect game, eliminating Carper, who rolled a 279, making that the highest singles’ match-up in the 18-year tournament series.

The next event is being re-branded as the “Hammer Grand Prix Scratch Series.” It starts in mid-September with a minimum guaranteed $1,000 to each tournament winner.

* The field for the New Mexico Open tournament, set for Aug. 16-18 at Tenpins & More, has surpassed last year’s 171, with more expected before those opening rounds on the 16th, while the three rounds on the 17th are full, with wait lists.

“The car for a championship-round 300 from the Pitre dealership is generating a lot of interest,” Mackie said.

Third-seeded Christian Apolonio, who closed with 224 to run down Santiago Chavez by four pins, ran in to a nine strike game from Danks to lose, 248-213, in the first elimination round. But Schindwolf was unable to continue, succumbing to a thyroid condition which weakened him, so Danks won her way to this month’s $64,500 final by default.

* Fall leagues get underway at Tenpins & More over the next few weeks, with more than 700 expected to get involved in both traditional 34-week seasons as well as short-season loops. 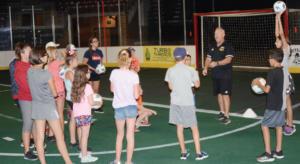 New Mexico Runners head coach Steve Famiglietta goes over a few things with the first session of campers Tuesday afternoon at Santa Ana Star Center, where his indoor soccer team held a two-day youth camp in partnership with the City of Rio Rancho Parks and Recreation Department and the Star Center, the team’s home arena. Campers worked on soccer drills with Runners players, including former Cleveland High standouts Dominic Valenzuela and Korbin Krupiak, as well as Famiglietta. The chance to work with these athletes gave the kids a glimpse of what it’s like to play on the same field as the players and get to know them better, noted team owner Andres Trujillo. The two-day camp is a community event initiative that has continued to bridge a solid partnership with the New Mexico Runners, City of Rio Rancho Parks and Rec, and the Star Center. The Runners are gearing up for their second Major Arena Soccer League 2 season, slated to in December. (newmexicorunners.com)

In the July 21 issue of the Observer which contained more good news about the soccer fortunes of Gabe Legendre, we mistakenly accompanied the articles with a photo of his younger brother, Nicholas, a gifted player in his own right.

Please accept our apologies for the photo mix-up. 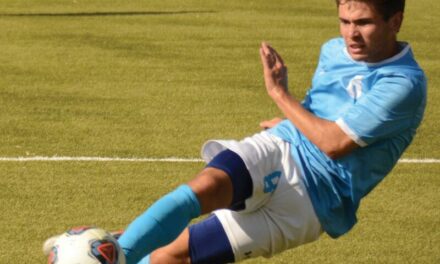 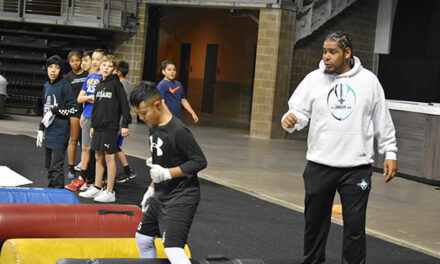