Longtime “right-hand woman” to the athletic director at Cleveland High School, Annette Castillo will be honored with the New Mexico High School Coaches Association’s Distinguished Service Award at the annual coaches clinic in Albuquerque in July.

Each year, the NMHSCA recognizes an individual each year who has gone above and beyond the call of duty to help the association or New Mexico coaches.

This award is for individuals who believe in the value of great coaches and the impact coaches make on the lives of others.

“He was our assistant head coach and defensive coordinator,” Lopez said. “He was an excellent coach and an even better person. I met and coached Lou over at Eastern New Mexico University.”

Latest on the local lanes

Two more bowlers added their names to the entry list for the $60,000 New Mexico Open tournament at Tenpins & More in Rio Rancho.

Eric Carriaga and Eric Vanderlip are among 39 bowlers entered so far for the 18th renewal, expected to reach bowlers by the start date of Aug. 19.

Carriaga, a smooth-stroking righthander, and second to early leader JD Nance with two games to go, finished with a flawless 268-255 for a winning six-game total of 1,470.

Vanderlip, a speedy, heavy-rolling southpaw, was even more brilliant, closing with 276-264 to steamroll Native American Aaron Johnson (236-245), while Nance struggled with 237 and 204 to finish fourth.

RRHS has another volleyball camp

The second of two volleyball camps is planned at Rio Rancho High School in August.

Registration at rrrcc.org/golf is due by Aug. 5 Entry fee includes breakfast and lunch, plus a goodie bag, a raffle and prizes, plus fun.

Sponsors have until July 22 to get on board.

Cibola Little League’s fall season starts in September, and the registration fee is $50. The league only provides shirts and hats for the fall season.

It is important that players register ASAP. Teams/players will be limited to ensure a successful fall season. Once the spots in each division fill-up, players will go on a waitlist. If CLL doesn’t fill teams in other divisions, more teams in the filled divisions will be opened.

There will not be a skills assessment or try-out for the fall season at any level, and requests may be made for coaches/teams, but the league is unable to guarantee that your player will be placed on the team requested. This fall, CLL will balance the teams specifically in the minor player pitch division and above. This is designed to help with the development of players that are moving up to the next division in the fall to be ready for the spring.

Registration will be online only at cibolalittleleague.com/Default.aspx?tabid=2734972.

If you need assistance with registration costs, reach out to see what options are available. Registration costs should not prevent your player from being part of the Little League experience. Plus, volunteers are needed; select how you can help volunteer when you go through the registration process.

Wrestling camp for girls only

The cost is $50, with registration closing July 30.

Gladiators idle after third loss in a row

Giving up 23 unanswered points in the fourth quarter June 25 led to a Duke City Gladiators’ 49-41 loss in Prescott Valley to the Northern Arizona Wranglers.

The Gladiators (6-8) gave up only seven points, in the game’s opening quarter, while Duke City reached the end zone three times in the second stanza, en route to a 21-14 halftime lead.

The second half’s kickoff was fumbled by the Gladiators, scooped up by Wranglers linebacker Darin Hungerford, and run into the end zone for the touchdown.

The teams traded touchdowns, with Duke City holding a 35-26 lead as the third quarter ended.

The lead grew to 41-26 on quarterback Ramone Atkins’ fourth and final TD pass of the game, a 6-yarder to Greg Dent. The point-after was missed but returned for two points by the Wranglers – and the Gladiators were done scoring in the game, holding a 41-28

Northern Arizona added three TDs in the fourth quarter, sealing the deal when the Gladiators coughed up the kickoff – their lone turnover of the game — following the score that made it a 49-41 Wranglers’ lead with nine seconds to play.

Atkins was 7 of 18 passing for 128 yards, including four TD passes, without an interception.

The Gladiators are idle this week, heading to San Diego July 9 to meet the Strike Force (3-10).

The Gladiators’ regular season ends July 16 when the Wranglers visit the Rio Rancho Events Center in a 6 p.m. kickoff. 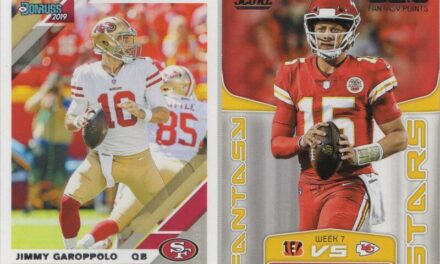 SPORTS DIGEST: Are you ready for some hockey here?