Two of his teammates – Elijah Castañeda and Dominick Priddy – were named to the second team as outfielders, even though Priddy was the Rams’ starting catcher most of the season.

In softball, the Storm and Rams each had two members on the All-Metro first team: CHS’s shortstop Mya Pacheco and outfielder Mercedes Lovato, and Rams Kayla Reed and Kionna King – like Priddy, her team’s best catcher – as outfielders.

All are seniors, except for Lovato, a sophomore, and Smith, a junior.

A youngster shoots a free throw at the Cleveland High basketball camp.

Rio Rancho High School is holding a youth tennis camp June 20-22 on the RRHS courts from 9-11:30 a.m. each day. The camp, to be led by RRHS boys tennis coach Tom Gutierrez, is for boys and girls ages 6-15 and costs $65 in advance.

Campers should be wearing sneakers, and bring their own racquet, water bottle and snacks.

Lori Mabrey, the new varsity girls basketball coach at Rio Rancho High School, gets a start on her second stint at RRHS with a “Lock Down” girls camp Monday-Friday from 9 a.m. to noon each day at Lincoln Middle School.

The camp, coached by Mabrey and some “defensive all-stars,” including former Cibola standout Amaya Brown, playing next season at UNM, is free and includes a T-shirt.

The camp will take place on the RRHS soccer pitch. Instruction will be by the Rams coaching staff and returning players.

Registration may be done at rioranchocamps.net.

The camp runs from 9 a.m. to noon each day, with fundamentals stressed from 9-11 and games played from 11 to noon.

The camp is open to boys and girls in four divisions (fall 2022 grades K-2, 3-4, 5-6 and 7-9, and no experience in necessary. The cost is $125 per session, with a maximum of 120 per session, and 30 campers per division. Every camper receives a camp basketball and T-shirt, and a concession stand with “Ram cones” will be available.

Basketball camp at Cleveland, too

Cleveland High girls basketball hosts its second of two “Next Level” basketball skills camps this spring for girls and boys going into grades 3-9 June Monday-Wednesday, from 8:30-noon each day.

Ram Camp 1: Designed for players (grades 1-6 in fall 2022) interested in learning the game of volleyball. No experienceis necessary. Emphasis of the camp will include introduction of fundamentals and techniques for all basic volleyball skills of passing, attacking, serving, footwork, setting and defense.

Latest from the local lanes

Big scores were the order of the day in the Memorial Day Scratch Match-Play Madness tournament at Tenpins & More.

He was closely followed by Tylor Macphee, whose 1,474 included three games above 250. It was quite a vast contrast in styles, too, with Martinez, with a slow-looping southpaw delivery, and Macphee a speedy two-handed right-hander.

It proved to be no place for the faint-hearted, as many matches were decided by fewer than 10 pins, including Aileen Linares (224-223 over multi-time winner J.D. Nance), Josh Burnett (225-224) over Kyle Pearce, and DeeRonn Booker squeezing out a 235-234 nod to remove Nance.

* Josh Burnett of Rio Rancho captured his second Junior Bowlers Tour title — a major in the Mountain West Invitational — at Silva Lanes last month. Bowling against Brock Bivens in the best-of-three championship round, and after losing the first 165-232, Burnett made a ball change and went on to win, 221-190 and 246-200. 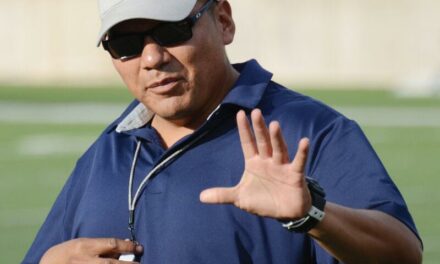 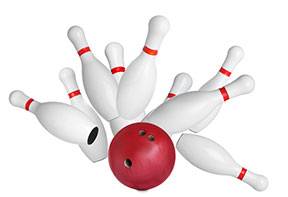