Locals among sports hall of fame nominees
For the sixth time, the New Mexico Sports Hall of Fame is allowing the public to be a part of the nomination process.
Among the nominees are Rio Rancho High School Sports Hall of Fame and Rams coaches Toby Manzanares and Ron Murphy; former Rio Rancho residents Alan Branch and Brendan Donnelly; and current resident and New Mexico Runners coach Steve Famiglietta.
Also on the list of potential nominees is Linda Alvarado, a co-owner and partner in the Colorado Rockies baseball organization; she is the sister of Sandoval County District Attorney Lemuel Martinez.
The nominee with the most public votes will be included into the final pool of 15-to-20 candidates, who then remain eligible for the 2019 induction class. The other nominees in the final pool are selected by the nomination committee, part of the NMHOF’s board of directors. A new inductee must receive 75 percent of the entire board’s vote at the November induction selection board meeting.
Public voting runs through Sept. 30. You can vote twice for your favorite candidate(s), but only once on the website (nmshof.com) and for as many candidates as you want only on the NMHOF Facebook page, where only the “likes” will count in the voting.
There are 90-plus nominees being considered for the Class of 2019. Public voting also ends at 11:59 p.m. on Sept. 30.
A lost season for Swihart
Blake Swihart, a 2011 Cleveland High graduate, recently completed an injury-plagued season that saw him traded from the Boston Red Sox to the Arizona Diamondbacks in April, and then playing the second half of the 2019 season with the AAA Reno Aces.
Twice the victim and on the injured reserve list with a right-oblique strain, Swihart, 27, batted .136 in 31 games as a Diamondback, and then .189 with six homers and 22 RBIs in 28 games as a left fielder for the Aces.
Olney is top dunker
Former Rio Rancho High School basketball player Owen Olney — “former,” because the family moved south to Magdalena — won the dunk contest last weekend at the 10th annual Top 20 Showcase at Albuquerque Academy.
In May, Olney was the state’s Class 5A high jump champion at the track & field meet in Albuquerque.
His mother, Sara Sue Olney, is coaching volleyball this fall for the MHS Steers.
Memorable times for Chavez men
Not only is Rio Rancho Public Schools Athletic Director Larry Chavez being inducted into the Rio Rancho High School Sports Hall of Fame (on Oct. 4), but two of his uncles are also entering halls of fame. All three are graduates of Las Vegas Robertson High School.
George Chavez will be enshrined in the New Mexico Highlands University on Sept. 19 for his career with the Cowboys’ cross country and track & field teams, and Leroy Chavez is destined for the Eastern New Mexico University Hall of Fame on Oct. 11, also for cross country and track & field.
Not surprisingly, Larry Chavez is being inducted into the RRHS Sports Hall of Fame for his leadership in the Rams’ cross country and track & field programs during his tenure at RRHS.
Latest from the lanes
The richest bowling league in the metro area this fall kicked off last Monday at Tenpins & More, where the “Innovative Auto Solutions Draft Classic,” offering over $28,500 in prize money, has attracted 16 teams of three bowlers each.
Captains based on last season’s average book, include Karen Barcal, Billy Grant, Joey MacPhee, John Hayes Jr., Demost Quintana, Pete Sheridan, Dennis Helmick, Jeff Jones, Scott Romero, Gary Hadley, Bob Dillman, Eric Espinda, Paul Carper, Joe Merrick, Dave Templeton and Matt Smith.
Each had draft picks from a pool of 32 sign-ups. Interestingly, on paper, the team averages range between 563 and 581, insuring an even level of competition throughout the 34-week season.
Other sponsors include Tenpins’ Pro-Shop and Discount Tires.
• The recent Singles and Doubles annual championship series by N.M. Promotions Company, held at Tenpins & More, resulted in many first-time winners.
The Open singles went to Melissa Danks, whose 263 beat DeeRonn Booker’s stellar 221, while Rio Rancho bowler Jeffrey Chavez beat Deric Salazar 254-215 in the second division final.
In senior doubles, husband and wife Bobby and Kathy Leitch beat Eleanor Parrent and Cathy Torbett, followed by Raquel and Ronald Smith in third.
In upper-division action, Matthew Vargas and Chris Payne beat Andy Graham and Michael Green, with locals Bobbie Vega and Dan Brenning third.
Albuquerque teams shared $1,000 in the lower division roll-off. 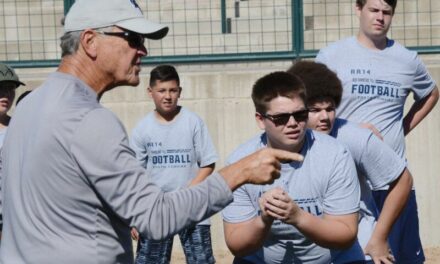 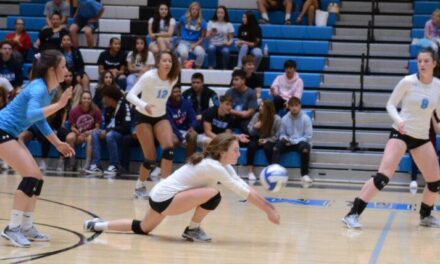