(Storm football fans: The Observer is hopeful of getting a call from Las Cruces tonight (Nov. 19) for an update on the game with the Bulldawgs, in time for our press deadline for the Nov. 21 newspaper.) 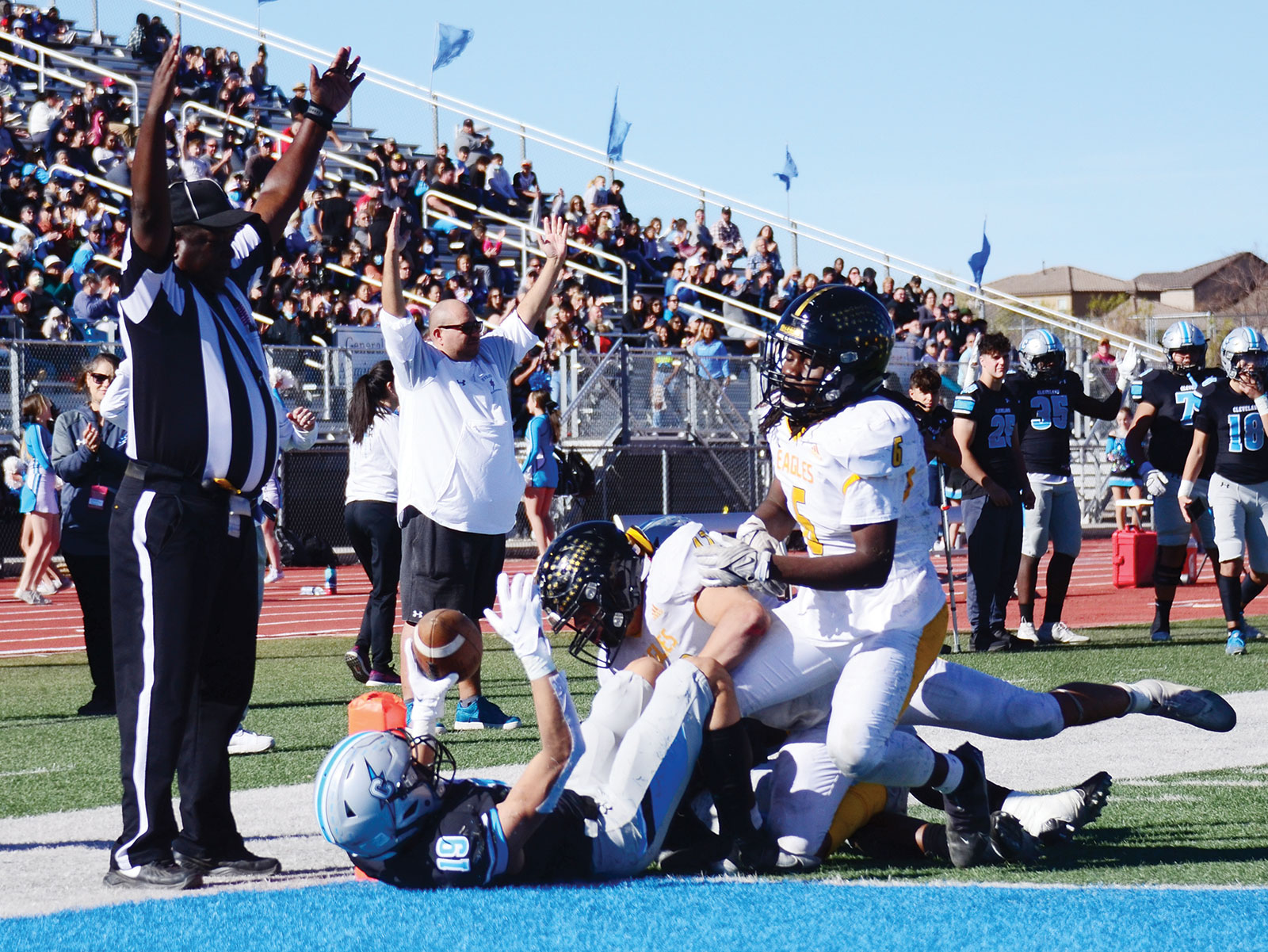 For the third time in the last nine seasons, Cleveland High School ended the Hobbs Eagles’ football season with a loss at Thunderbolt Stadium in the Class 6A state quarterfinals.
What had been a defensive struggle in the first half, turned into a 42-14 rout by the Storm (11-0), winners of their last 20 games. The eighth-seeded Eagles (6-6) also lost quarterfinals games to the Storm in 2013 (54-0) and 2017 (49-24), the latter in which Cleveland scored the final 28 points.
On Nov. 13, a sunny but windy day in the City of Vision, the Storm again scored 28 unanswered points after Hobbs quarterback Colton Graham connected with Kaden Trevino on a 45-yard TD reception to knot the game at 7.
Later, down and out, 35-7, Graham connected with Ethan Vanlandingham on a 28-yard TD pass.
As most of their opponents have found out, the Storm’s offense, behind junior quarterback Evan Wysong, is too potent.
Wysong threw just one TD pass — to Ethan Duran — but rambled for a game-high 124 yards on 12 carries, with scoring runs of 73 and 10 yards.
Duran scored the Storm’s first TD on a 4-yard run. Jaden Nuñez began a three-TD third period with a 23-yard run, followed by Wysong’s 10-yard scamper and the Duran catch. Isaac Medrano closed out the scoring on a 5-yard rush to the end zone with 2:53 to play in the game.
As usual, Wysong was “gold” on his six points-after.,
The Storm’s defense was tenacious, too, harassing Graham most of the game and sacking him four times.
That’s a unit that played without its defensive coordinator, Eddie Kilmer, who was in the hospital with a serious leg infection.
“Total team win; good job winning it for coach Kilmer,” Ridenour told his team, all taking a knee near midfield following the game. “I love that you kept fighting. … I’m proud of you — you did a heck of a job.”
Coaches might not be needed at CHS: “The thing about it is, the program’s kind of a self-sustaining organism, man: You can take me out, you can take (Kilmer) out, you can take another guy out and it just evolves; it keeps going,” Ridenour said.
“Coach (Robert) Garza and coach (Michael) LiRosi took over the defensive responsibilities and did a great job. We gave up two big plays on the day, but I think for the most part, we were physical and hard to score on.” 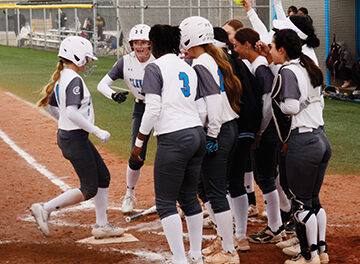 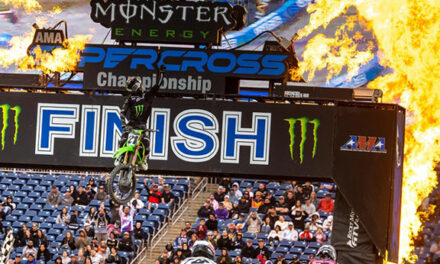