Son of alleged shooter tied to killings of Muslim men

Federal authorities believe a son of the man accused in the high-profile shootings of Muslim men around Albuquerque may have played a role in at least one of the killings alongside his father.

Shaheen Syed, 21, who used to go by “Maiwand Syed,” is in federal custody and charged with providing a false address when he bought a gun in June 2021, allegedly saying he was a Florida resident.

According to a motion to detain Syed filed in U.S. District Court in New Mexico, cellphone records show he possibly helped his father surveil Naeem Hussain, 25, before Hussain was fatally shot on Aug. 5 outside a refugee services center in Albuquerque.

Shaheen Syed came under the eyes of law enforcement after his father, 51-year-old Muhammad Atif Syed, was charged with two open counts of murder in the shooting deaths of Aftab Hussein, 41, on July 26 and Muhammad Afzaal Hussain, 27, on Aug. 1. Authorities say Muhammad Afzaal Hussain was shot at with two guns and police matched casings found at the scene of both homicides to a pistol and rifle found in Muhammad Syed’s home and car.

Albuquerque police have said Muhammad Syed is also a “primary suspect” in the deaths of Naeem Hussain and Mohammad Zahir Ahmadi, 62, in November 2021, but he has not been charged in either case.

“Law enforcement officers also have recently discovered evidence that appears to tie the defendant, Shaheen Syed, to these killings,” according to the motion to detain.

The homicides drew international attention and threw the local Muslim community into a panic, with some members reportedly fleeing the state out of fear.

Tahir Gauba, a spokesman for the Islamic Center of New Mexico, said those fears have since settled and they have “full faith” in law enforcement agencies going forward.

“We always believed that it would be hard for one person to do those (murders),” he said of the accusations against Shaheen Syed.

Gauba said the community has been relieved and has started to go back to living their lives since the arrests of the father and son.

“I believe the community is out of fear now. They believe that whoever’s responsible … they’re behind bars,” he said.

The motion to detain Shaheen Syed also included prior police reports of him allegedly beating his father and sister – for which he had an outstanding warrant – and, in an unrelated incident, he and his brother’s alleged involvement in a shooting outside a Walmart.

A response filed Saturday by Anderson called the allegations against his client in the death of Naeem Hussein “exceedingly thin and speculative.” He added that there is no criminal conduct associated with him in the Walmart shooting and that Syed never received his summons in the domestic violence incident.

Anderson also included a photo of a Florida driver’s license issued to Shaheen Syed in 2021, appearing to contradict current federal charges against him that he misrepresented himself as a Florida resident at an Albuquerque gun store.

In the motion to detain, prosecutors said Shaheen Syed is “a serial liar” and a flight risk.

Most notably in the motion, federal authorities lay out how they think Shaheen worked with his father when Naeem Hussain was shot to death.

Authorities believe Muhammad Syed followed Hussain in his Jetta from the funerals of Aftab Hussein and Muhammad Afzaal Hussain before he was shot in the head and arm while sitting in his SUV outside Lutheran Family Services.

Prosecutors allege Shaheen Syed spoke with his father when his phone was “somewhere in the general area” of the Islamic Center of New Mexico, where the funeral services were held, and soon after his father’s phone pinged in an area that encompassed Lutheran Family Services.

Authorities said the brief phone calls between the men would be “consistent with quick surveillance calls” and “there appears to be no logical reason” for Shaheen Syed to have been in the area when Hussain was gunned down.

In response, Anderson’s motion states that Shaheen Syed should not be detained on his “supposed involvement” in crimes he has not been charged with.

The motion also states prosecutors give no indication of the size of “the general area” that his phone was in relative to the shooting – questioning whether it was “within 100 yards of the murder scene or five miles?”

According to a GoFundMe set up for Naeem Hussain’s family, he was a volunteer at Lutheran Family Services who helped immigrants and refugees like himself.

“Naeem was a loving and caring person who believed in helping others. Two weeks before his death, he had become a U.S. Citizen and he was so excited to start this next chapter in his young life,” according to the GoFundMe page, which said Hussain left behind a wife and “many family members.”

After the shooting, authorities released a flyer of the car seen following Hussain which, according to police, was later identified as Muhammad Syed’s Jetta.

The motion states that, on the same day the flyer was sent out, Shaheen Syed’s sister sent him a photo of the flyer and the hubcaps of the Jetta were removed and found in a dumpster in Albuquerque.

“In addition to developing evidence that appears to connect the defendant to his father’s activities, there are other disturbing reports that cast light on the defendant’s history and characteristics,” the prosecution’s motion states.

Officers responded to a police station in Southeast Albuquerque after, according to an incident report, Shaheen Syed and his brother Adil told police they had been involved in a shooting at the Walmart near Zuni and San Mateo.

Police said Adil Syed told them his brother drove him to the Walmart and a man got out of a black car and flashed a gun at them. He said he fired 11 shots at the man and they didn’t call police because they didn’t want their parents to find out.

Adil Syed waffled on whether he wanted to press charges, saying he would “do what his brother said,” according to the report. Police said Walmart security video showed the man, who is identified as “Earl,” get out of the black car but couldn’t tell if he had a gun in his hand.

The report states video also showed Adil Syed “appears to shoot at” the black car but officers couldn’t “see a weapon.” Adil Syed told police the gun was in his bedroom and officers seized the weapon.

Adil Syed was arrested for a misdemeanor warrant related to a charge of battery against a household member, but neither he nor Shaheen Syed faced charges in the shooting.

“Most upstanding individuals manage to avoid getting themselves involved in road rage incidents that escalate to the level where guns are flashed, and then fired, in a public space,” the motion to detain Shaheen Syed states.

In response, Anderson’s motion states the report hardly mentions Shaheen Syed, adding that him not meeting the “United States’ vision of ‘an upstanding citizen’” doesn’t make him a criminal.

The next report cited in the motion to detain stemmed from a Feb. 27 incident.

Police responded around 11:55 p.m. to a domestic dispute at the Syed home, according to an incident report. Muhammad Syed, whose face was bloodied, told police Shaheen had hit him and his 16-year-old sister “for an unknown reason.”

When asked if he was willing to press charges, the father replied “I want justice.”

Shaheen had left the home before police arrived and, aside from the father, the family wouldn’t cooperate, according to the report. The mother told police she didn’t know where her son was, that nothing happened and Muhammad Syed was lying.

Police said when they tried to talk to the teen sister who was battered, the family began speaking to her in their native language. The teen wouldn’t cooperate after that. The report states the incident was not the first time Shaheen had injured his little sister to the point where she was hospitalized and, in a prior incident, the sister was taken into the custody of the New Mexico Children, Youth and Families Department.

“I explained to them that even though (Shaheen Syed) is not here … that he is still in trouble for what he did,” an officer wrote in the report. “I told (the sister) to tell her mother that she should be disappointed in herself. (The sister) asked what does that mean and I said ‘ashamed’ and walked out of the house.”

The report states Shaheen Syed was issued a criminal summons and, according to the motion to detain, that turned into a warrant when he didn’t show up.

In response, Anderson’s motion includes a “return to sender” letter and asked how Shaheen Syed could be blamed for not responding to a summons he never received. 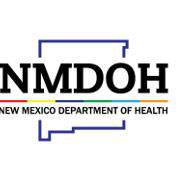 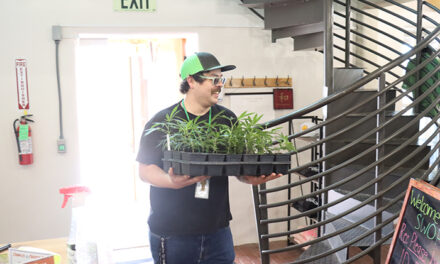