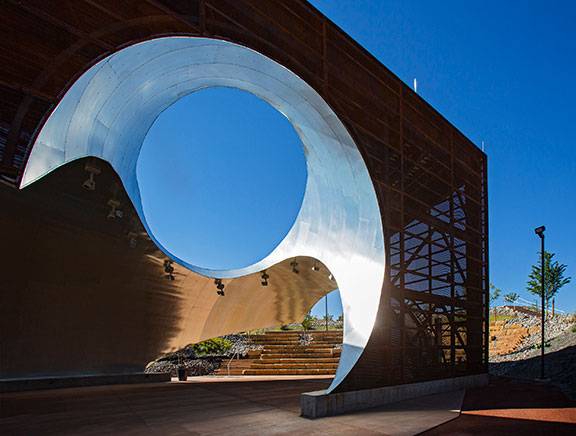 The Sky Room in the new Campus Park recently won an architectural award from the Albuquerque chapter of the American Institute of Architects Awards Program. Courtesy photo.

The Sky Room amphitheater in Campus Park was recognized by the American Institute of Architects Awards Program’s Albuquerque Chapter on Dec. 3 for its distinctive architecture and received the Honor Award, the highest level of award, for architectural achievement and outstanding merit.
The City of Rio Rancho owns the park and Sky Room, which was designed by McClain + Yu Architecture and Design. MRWM Landscape Architects designed the landscaping, and SURFACEdesign was the landscape design consultant.
T.A. Cole and Sons General Contractor constructed the Sky Room and park.
“In designing the Sky Room at Campus Park with the architect, McClain + Yu, our goal was to create an iconic structure that would uniquely characterize Rio Rancho as a community with its own cultural identity,” said Mayor Gregg Hull.
Campus Park is a 6-acre multipurpose outdoor gathering space designed as an activity hub in City Center. Its Sky Room amphitheater is the heart of the space and a hallmark architectural structure that doubles as a work of art and home to performances and city events.
“This project would not have been possible without the contributions of our community members, city staff, the City of Rio Rancho Arts Commission and collaborators such as UNM Health Sciences, Hewlett-Packard, the design team, the contractor and all of the subcontractors from landscaping to drilling to roofing and plumbing and heating,” according to a city news release.
“A formal expression which celebrates the energy of a newly created landmark, the Sky Room Rio Rancho presents a playful and imaginative figure within the landscape,” according to the AIA Albuquerque jury that selected award winners. “This element is situated with the site as a primary driver and welcomes guests in a dynamic manner, providing countless opportunities to find new interest with subsequent visits.
“As a pavilion, each event is framed in an aperture of fluidity. As a form, it rests within the undulating context and carves its form from the sky. This project exemplifies the potential which small-scale architecture can have within our landscape. Few other projects explored the connectivity to the surroundings in a manner as thoughtful as this project.”
The award program has four levels. The Honor Award acknowledges a project with distinctive character and outstanding merit. 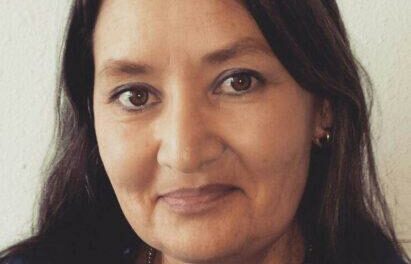 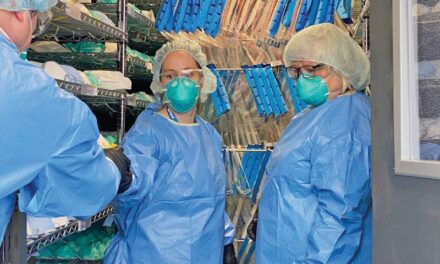 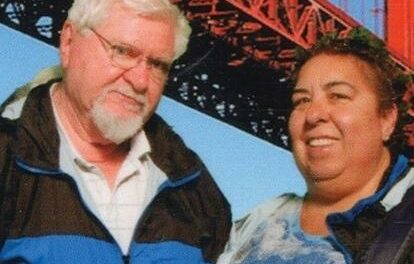