The sheriff’s office shares the building with the court.

Sheriff Jesse James Casaus said he was accustomed to such inspections when he worked for New Mexico State Police and had been wanting to institute the practice with his office. He and Undersheriff Joe Gonzales said inspections hold deputies accountable and make sure they all have their vehicles, equipment and dress uniforms in order, clean and properly maintained.

Gonzales said the office has 44 deputies, 10 sergeants, four lieutenants and three members of command staff. All of them who weren’t out sick attended the inspection.

Lt. John Castañeda said Rio Rancho, Cuba and New Mexico State police handled the sheriff’s office calls from 9 a.m. to noon that day, while deputies were inspected, had photos taken and listened to an address from Casaus. 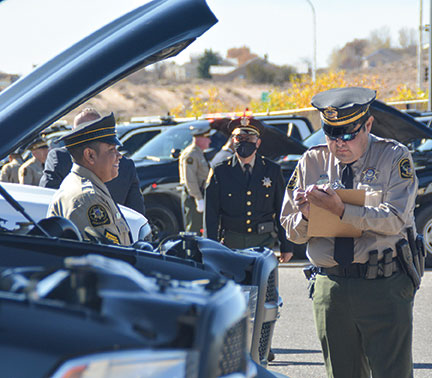 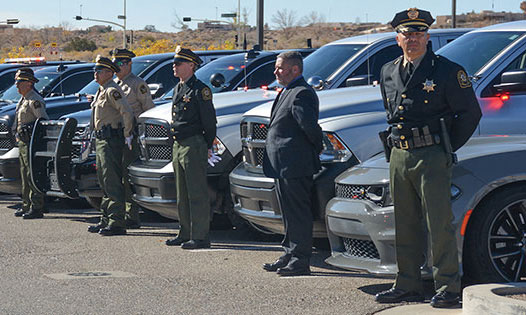 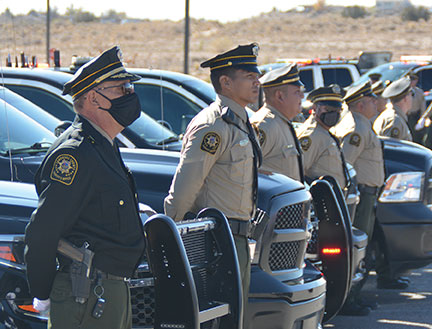 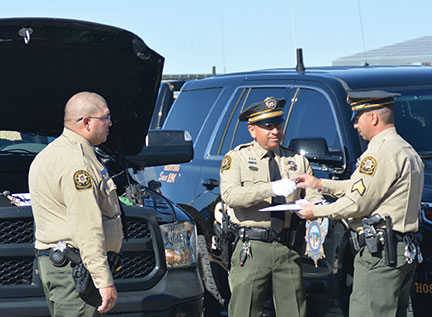 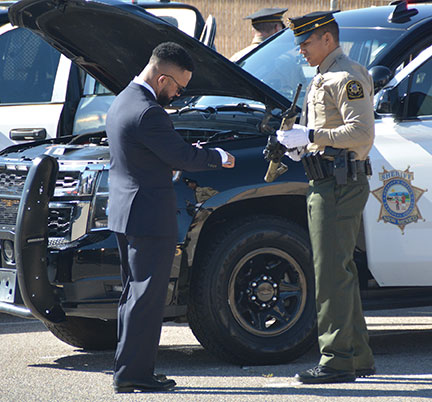