A 62-year-old retired firefighter driving northbound on Interstate 25 near Santa Fe last week managed to avoid being struck by a fleeing suspect, only to get into a head-on crash with the pursuing officer.

Both the retired firefighter, Frank Lovato, and the Santa Fe Police officer, Robert Duran, were killed. No one else was seriously injured. 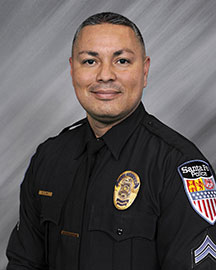 A public memorial service for Duran, a resident of Rio Rancho, is scheduled for 1 p.m. Saturday at the Rio Rancho Events Center.

The collision caused a second crash between another uninvolved driver and a Santa Fe Police Department officer.

The suspect they were chasing, identified as 46-year-old Jeannine Jaramillo, then crashed into a white pickup a short distance away before coming to a stop, according to an arrest warrant affidavit filed in Santa Fe Magistrate Court.

News of the fatal crash and Jaramillo’s arrest on murder charges reverberated around northern New Mexico last week, but this was the first time details of the collision were released.

Jaramillo, meanwhile, racked up a new charge after she tried to smuggle what appeared to be methamphetamine into jail, police say.

She had initially been considered the victim – it had been reported that a man kidnapped her at knifepoint and stole her car. After the crash, Jaramillo was taken to the hospital with injuries that were not life-threatening, and then released.

On March 5, New Mexico State Police announced they believed she had made up the kidnapping story and there was never a male suspect involved. According to the affidavit, investigators tested DNA evidence on the driver’s side air bag and data from the car’s passenger seat sensor, and determined Jaramillo was the driver of the Chevy Malibu and “was likely alone when she fled, in a stolen vehicle, and caused the fatal accident on I-25.”

The Malibu had been stolen two days earlier from Las Vegas, N.M.

Jaramillo has been charged with two counts of felony murder or vehicular homicide, receiving or transferring a stolen motor vehicle, tampering with evidence and aggravated fleeing from law enforcement. Jaramillo was arrested in Albuquerque and brought to the Santa Fe County Detention Center.

While she was being booked, corrections officers ran her through a scanner and spotted a “small object” near her “private area,” according to a criminal complaint filed in Santa Fe Magistrate Court.

The corrections officer said that, when she strip-searched Jaramillo, she found an unopened syringe and a “small bag that contained a small amount of white substance.” State Police determined the substance was consistent with methamphetamine and it was sent to the lab to be tested.

Jaramillo was charged with possession of a controlled substance. Her attorney did not respond to requests for comment.

The chain of events leading to the crash started after 11 a.m. on March 2 when a white Chevy Malibu drove into the Vizcaya apartments on Sawmill near St. Francis in Santa Fe.

According to the affidavit, the female driver of the car asked a pedestrian in the parking lot to call 911 because “the male in her passenger seat was armed with a knife and would not get out of her vehicle.”

The pedestrian called for help and multiple officers were dispatched.

The officers attempted to pull the Malibu, but it failed to stop and drove around a residential area before getting onto I-25, heading northbound in the southbound lanes. According to the affidavit, the car was traveling at 90 miles per hour against traffic.

Then, at an emergency turn-around area in the median, the car pulled a U-turn and began heading the opposite way – once again going against traffic, this time southbound in the northbound lanes. The officers continued to follow behind it.

That’s when Lovato, driving a pickup, encountered the pursuit between the Old Pecos Trail exit and the Eldorado exit. According to the affidavit, he was in the left lane and avoided crashing into the suspect vehicle, but then was hit by Duran’s car.

Duran, 43, was acting as the secondary pursuit vehicle, while Norris was the primary.

Norris put the woman, Jaramillo, in the back of his patrol vehicle and she said a man by the name of “Mark Lopez” was driving and fled on foot. She said he was armed with a gun, wearing a red shirt and black pants. Jaramillo said Lopez forced her into her car and made her drive, and that’s when she alerted the pedestrian.

Officers did not smell gasoline and she did not appear to have been punched, according to the affidavit. Jaramillo has a history of similar behavior – fleeing from officers and claiming a man kidnapped her.

When investigators reviewed Norris’ lapel camera video footage, they saw that, after Jaramillo was transferred to another patrol vehicle, he found a set of keys had been left in his back seat. Those keys were to the Chevy Malibu. 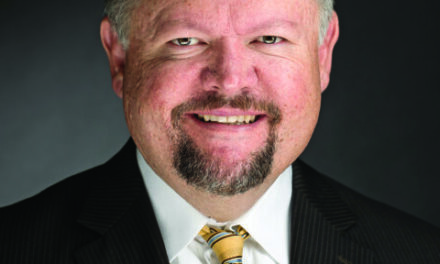 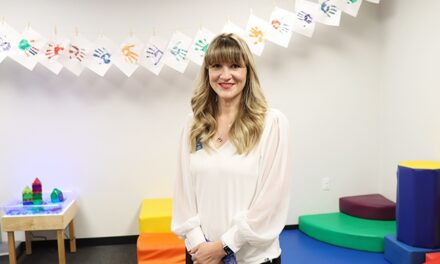