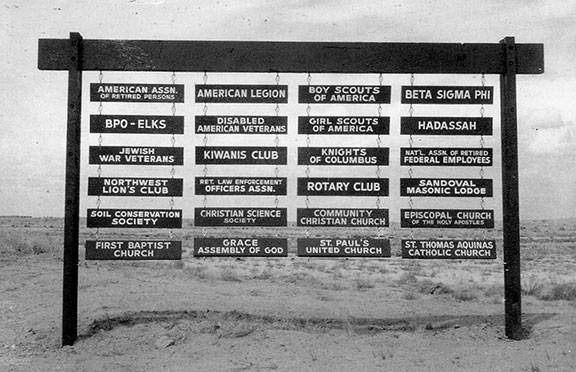 An online post in 2009 noted that “Service clubs are a particularly American institution that began in the heartland, although now they are found on both coasts, as well as virtually every country in the world. …
“The questions in the 21st century are: Does anyone care anymore?  Is it cool to belong to a service club?  Are these organizations too old, too Midwestern, too goofy to matter today?”
A handful of local service club members gathered recently in the Observer’s conference room to respond to those questions.
Their answers, basically, were: Yes, people care; yes, it can be cool to belong; and maybe they are too old, but not necessarily too Midwestern (maybe Southwestern) or too goofy to still matter.
The common denominator for service club members is making their community a better place to live. The clubs need more members, but how do you get them in this pandemic world?
“There’s a huge need for community service,” said Dan Brown, president of the City of Vision Civitan Club. “We just have to figure out how to get that service out there. How do we get the people and how do we get it out there?”

City of Vision Civitan Club
Brown — with Civitan since 1988 — is also the international president of Civitan. Today, his City of Vision Club has 30 members, below its peak pre-COVID.
At a service club leadership conference in Orlando, Fla., in November, Brown and said as many as 50 service organizations from around the world participated in a roundtable discussion.
“The top four problems (we’re facing) were the same for every organization,” he said. “No. 1, aging membership. No. 2, trying to attract younger members. No. 3, non-dues revenue; basically, your dues (from members) isn’t paying for your overhead for the organization. And you’ve got to find additional ways to do that. And fourth is developing a new concept to attract younger people.”
Brown said attracting new retirees could improve membership, but younger people don’t have time: “They have 2.3 kids that are involved in 6.2 activities and they don’t have time to do that, but they still want to volunteer — that is important to them.
“So we need to come up with a concept that will meet their needs,” he said, and he explained this new concept.
“I call it the ‘Civitan Club of the Future.’ It’s online based — probably something like Microsoft Teams — a central platform that has video-conferencing, email, messaging, document storage and scheduling. Younger people seem to want to have immediate gratification: ‘Hey, this week on Saturday, I’ve got a couple of spare hours. Let me check my schedule and see if there’s something I can work on this Saturday.’”
Brown said, “Their most-valuable commodity is time; it’s not finances or anything else. It’s time, and we’ve got to figure out how we can meet those needs.”
That may increase membership and project participation but loses the original club assets of togetherness and bonding. It may take some getting used to, especially for longtime club members.
Worldwide, Brown said, there are 20,000 adult Civitan clubs and 10,000 junior and campus Civitans.
“We’ve had a junior club at Rio Rancho High and numerous ones in the Albuquerque area,” he said.
Civitans focus primarily on helping people with intellectual or developmental disabilities. Among their local projects is Special Olympics.
“The three tenets of Civitan are service, knowledge and fellowship. It’s like a three-legged milk stool — they’re all equally important,” Brown said. “If one leg is shorter than the others, what happens? You tip over, so the fellowship part has definitely been missing this last year. Our opportunities to help the community have dried up.
“Back when I joined, it was common — especially for banks and accounting firms and law firms — to require their people to do community service,” Brown said. “They’d pay their dues, they’d allow them to have two hours off a week to go to lunch (meetings) and pay for their meal, but you don’t see that anymore.
“People are working 50 hours a week or more, and they don’t have the time or opportunity to take the time off to go to a meeting,” Brown said.

Rio Rancho Rotary Club
Rotary International is a global network of 1.4 people who want to unite and take action to create lasting change.
Locally, Rotary provides support grants for A Park Above, Boy Scout troops, ReadWest and the Dick Hillier Tutoring Program, a reading program for elementary students in which teachers are paid for their additional hours to help after school.
Rotarian Earl Waid is also proud of a recent project, a student art show and sale where 30 kids from elementary through high school sold their art.
“We’re going to do another one in May,” Waid said. “You won’t believe what these kids can do. So that’s the big thing.”
A Rotarian since 1995, Michelle Frechette said, “Some of the best continuity I have in Rotary is my young adults who have been outbound exchange students.”
So the ROTEX — Rotary Exchange students — was emphasized recently by having exchange students tell about the countries they’ve visited in that program, which will be restarted soon.
“The ROTEX is one of our greatest resources in this district for helping, at least, keeping the trend of pulling those alumni back to us, so we’ve picked up a few members from that,” she said.
Rotary members were so desperate to maintain the fellowship aspect that they met outdoors at Haynes Park for a while because the pandemic restrictions kept them from meeting inside.
“During COVID, we had a weekly meeting the whole time on Zoom — it’s not the same,” he said. “Once the governor said you could at least go to a bar, we would have these meetings afterward and we’d get a ton of people from the club that would come, just to talk to each other.”
“All my close friends are Rotarians now,” Waid said. “I think we all think the same way, basically. We want to get younger people to join; that’s why we have our satellite club.”
Jerry Reeder, the noon Rotary club’s president, said, “Basically, it’s helped me get more involved in the community. Working for the public schools, the things I’ve done have been one-dimensional, so it’s helped me look at things in more dimensions.”
The 46,000-plus global Rotary clubs work together to promote peace; fight disease; provide clean water, sanitation and hygiene; save mothers and children; support education; grow local economies; protect the environment; and get involved.
“We also support not-for-profits,” added Waid. “At one time, we were (donating) more than $40,000 a year to different groups; now it’s closer to $20,000.”

Kiwanis Club of Rio Rancho
The Kiwanis mission is “serving children” and that includes sponsoring Kiwanis Key Clubs in Cleveland and Rio Rancho high schools; Key Clubs help develop leadership skills and encourage doing service in the students’ community.
Often, Key Club members join Circle K Clubs when they enter college.
“Hopefully, we link them back into Kiwanis, but what happens at that point in life is they’re finding new jobs,” explained longtime Kiwanian, Dave Heil, also concerned with service clubs’ membership shrinking.
But, he rationalized, “There’s a lot more competition for people to be involved in things today than what there was years ago. When Kiwanis started and Rotary started, in the early 1900s or late 1800s, back then when you were going to provide service to your community, you showed up for meetings, so there was less of a social media thing.
“Today, there are all kinds of programs that you can become involved in to serve your community. It isn’t just the service clubs.
“Service clubs (today) kind of have this stodgy connotation, that it’s typically older people.”
For Kiwanis, it’s not quantity of members but the quality of the members that achieves success.
The Kiwanis Club in Rio Rancho works with other Kiwanis clubs to buy school clothes for kids in need. Heil is the lead organizer for Sunday is Funday, a local event that attracts volunteers from other local service clubs.
Proceeds from this event go to youth programs.
Kiwanis participates in the Sandoval County Juvenile Justice Program to assist at-risk kids to earn the necessary credits to graduate with their class
“We started to work with tutors and pay the tutors,” Heil said.
Another Kiwanis project Heil’s proud of is “Buy Rio Rancho: “It’s been a Kiwanis project since its beginning about seven years ago.”
Heil said COVID and the times have played a role in decreasing membership — down to 14 now. 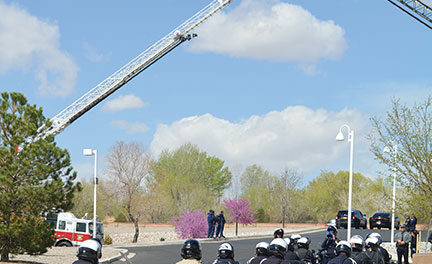 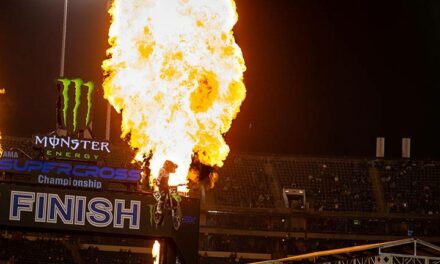 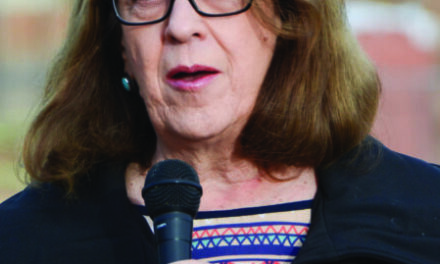