The Rio Rancho Governing Body has approved a budget with no funding for Sandoval Economic Alliance.

In past years, the city has provided $200,000 to help operate Sandoval Economic Alliance, which promotes economic development by recruiting businesses to Sandoval County and helping retain existing companies. For next fiscal year, which starts July 1, officials withdrew the entire amount, complaining of a lack of communication and results from SEA, as well as the budget crunch from the COVID-19 pandemic.

Several community and business leaders protested the decision before the vote.

“Our concern is that by pulling out now from SEA, we basically cripple that organization,” said Richard Draper, Sandoval Health Collaborative member and community volunteer.

Businesses need all the help they can get right now, and new opportunities are coming out of the pandemic, he continued. He said the city might not be able to do justice in all areas of economic development by itself, and suggested it partially fund SEA through December and then re-evaluate.

Local attorney Matthew Spangler, representing himself, said the city could lose time if it started its own new effort.

“I know that you’ve all told me you’re in favor of economic development, but where you spend your money tells people what you’re doing, what’s important to you,” he said.

SEA CEO Fred Shepherd said the alliance had recruited more jobs to Rio Rancho but more brick-and-mortar projects to other parts of the county. He added that the city’s concerns were valid, and SEA could start making changes.

“We want to try to nurture this partnership,” he said.

SEA board member Melissa Gomez of JB Henderson Construction Co. Inc. wrote in an email for public record that the city hadn’t complained about SEA’s performance until the past few months.

Mayor Gregg Hull said that comment showed the disconnection between the city and SEA, as he and other city officials had been expressing concerns to SEA leaders for 4 ½ years. No good business leader expects money without worrying about results or relationships, Hull said.

Councilor Bob Tyler said it’s a problem if he can’t show his neighbors how SEA used their money and what those neighbors got from it. He didn’t believe the alliance had accountability.

Acting City Manager Peter Wells said no one knows what the post-COVID economic world will look like.

“We definitely believe we must be agile, we must be untethered, we must have a blank slate,” he said.

The city’s contract with SEA ends in June, and Wells said if SEA shows a plan to give Rio Rancho a voice and cut partisan politics, the city might rejoin.

• Cut 12.5 percent of the Municipal Court budget, including eliminating an open probation officer position, as per suggestions from Municipal Judge Robert Cook;

• Eliminated money for travel, training and transportation from all city departments;

• Finalized plans to not open outdoor pools or hold summer camps, since they’d received no direction on what the state would allow for pools and pandemic restrictions made camps problematic;

• Moved money for Campus Park in City Center and King Boulevard reconstruction and utilities back into the general fund.

The city is expected to revise the budget in July, to account for any changes in closing out this fiscal year and new economic projections.

• Approved the purchase of about 140 acre-feet of water rights for $15,000 per acre foot, which is enough water to cover an acre of land a foot deep;

• Approved application for a loan of up to $15 million to re-drill a drinking water well, expand its arsenic-treatment system and enhance site security. 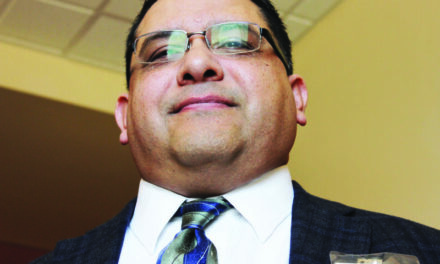 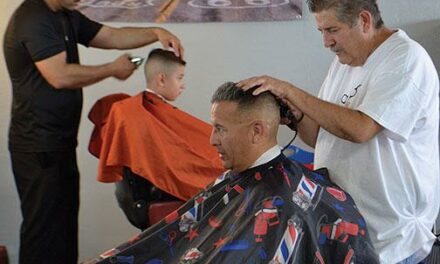