Santa Fe police officer Robert Duran was ‘a son, a husband and a father’ 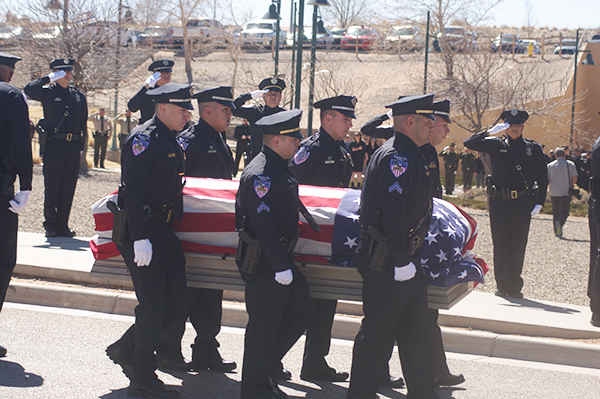 Memorial for Robert Duran, who died in the line of duty March 2, held at Rio Rancho Events Center Saturday

I feel the need to shout to the world who my brother was and that we truly, truly lost one of the best — Angela Gamino, Duran’s sister

The bagpipes blared a sad refrain and law enforcement from across the state solemnly saluted a fallen comrade Saturday.

The memorial for 43-year-old Santa Fe police officer Robert Duran was held at the Rio Rancho Events Center at 1 p.m. Duran and his family —  he was married and had two teenage sons — lived in Rio Rancho.

He died in a March 2 crash as he pursued a driver going the wrong way on I-25.

At least a few hundred members of the law enforcement sisterhood and brotherhood — including police officers from as far away as Hobbs, N.M. — saluted as the procession with Duran’s body rolled into the Rio Rancho Events Center, escorted by police riding motorcycles. His body, in a flag-draped casket, was carried by an honor guard slowly into the center, followed by law enforcers.

Everything was slow, as if this were slow-motion. Nobody was in a hurry to say goodbye. Salutes were deliberate and held longer than usual.

Duran’s body lay peacefully in front of a stage from which those who knew him talked about his life. For some, it was too difficult. Overcome with emotion, their voices broke.

Above the stage, photos of his life, family, friends and career flashed. 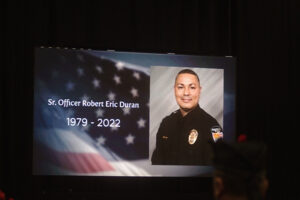 “Today we come together to mourn a hero and to commemorate a good man, to shed tears with his colleagues and to celebrate with one voice, to grieve with his family and to rise up as a community. Our hearts are broken at the tragic loss of Senior Officer Robert Duran,” said Santa Fe Mayor Alan Webber.

Duran, he said, was “a son, a husband and a father, a public servant and a hero, colleague, co-worker and friend.”

At the same time, Webber said: “Our hearts are lifted by all he has given us… He was a man who gave his life in the service of our lives.”

New Mexico Gov. Michelle Lujan Grisham said she was there to “share the state’s grief and sadness about the tragedy of this untimely, unfair loss to all of us, but particularly to his loving family.”

Duran joined the Santa Fe Police Department in January of 2015 as a cadet. He was assigned to the Patrol Section and served as a team leader for the Emergency Response Team.

Duran’s sister Angela Gamino broke into tears as she spoke.

“Our world,” she said, “has been turned upside down. Our hearts are completely broken, and our lives forever changed.”

“I feel the need to shout to the world who my brother was and that we truly, truly lost one of the best.” 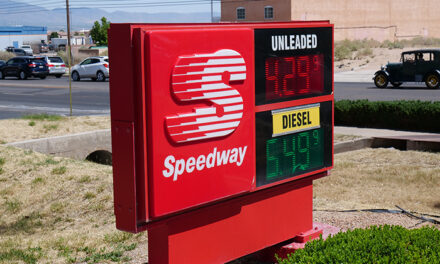 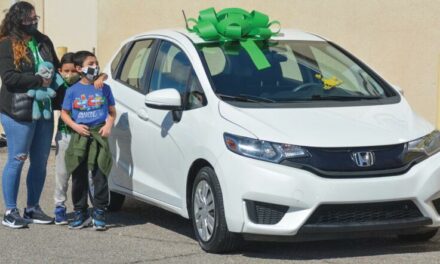