Even a global pandemic couldn’t dampen one of the most cherished traditions in American education and in schools in Rio Rancho and Sandoval County — the spelling bee.

In a competition conducted online through written tests, Sandia Vista Elementary fourth-grader Esha Shivashankar came out on top. She correctly spelled 37 of 40 words in the very challenging final round to earn the Rio Rancho/Sandoval County District Spelling Bee title.
To win, Shivashankar — also a finalist in 2020 — had to spell twice the number of words as the winners of last year’s oral district bee.
Esha, ending Mountain View Middle School’s three-year title run, will be one of three spellers who earned the right to represent Rio Rancho and Sandoval County at the New Mexico State Spelling Bee in March. Joining her at the state competition will be runner-up Lauryn McKee, a seventh-grader at Mountain View Middle School and

2020’s fourth-place finisher, and Miquela Yardman, an eighth-grader at Rio Rancho Middle School.
To make the state competition, spellers had to achieve a score of 27 or higher on the 40-word test.
Rio Rancho students were invited to participate earlier this school year, with parents signing up their spellers on an online testing platform provided by the Scripps National Spelling Bee. About 150 students from Rio Rancho’s 16 elementary and middle schools signed up, with 114 spellers competing in school-level spelling bees.
Two Sandoval County schools — Santo Domingo Elementary and Middle School, and the Sandoval Academy of Bilingual Education — held their own eliminations to qualify

spellers for the district bee, which this year included all eligible schools from Sandoval County.
Thirty-eight bee champions and runners-up qualified for the district/county level spelling bee. Of those, 35 took the tough 20-word first round district test, which narrowed the field to 10 finalists.
On Jan. 26, the finalists had 40 minutes to complete the 40-word final round test, a test that included words like “stolkjaerre” and “grandiloquent” that would stump most adults. A panel of adjudicators monitored the finalists via videoconferencing as they took the test.
In addition to the trio of state-qualifiers, the other finalists were:
• Bruce Lial (Stapleton Elementary fourth-grader);
• Alannah McNamara (Sandia Vista Elementary fourth- grader);
• William McNamara (Cyber Academy sixth-grader);
• Victoria Morgan (MVMS sixth-grader);
• Pramit Poudel (Lincoln Middle School sixth-grader);
• Tyeisha Quintana (Santo Domingo Middle School eight-grader); and
• Rewa Singh (Maggie Cordova Elementary third-grader).
The online test platform is similar to one used in the national competition’s first round, conducted as a written test. Students will hear the word being pronounced and can view the word’s definition, part of speech, language of origin and a sentence using the word.
They then have to type in the correct spelling of the word. The pronouncer is Dr. Jacques Baily, the National Spelling Bee’s longtime pronouncer and the 1980 National Spelling Bee champion.
The program scores the test and provides each speller with a score; a full score report can be downloaded after access to the test closes.
This was RRPS’s 27th consecutive spelling bee, continuing a grand tradition going back centuries. RRPS is looking forward to resuming live spelling bees in the 2021-22 school year. 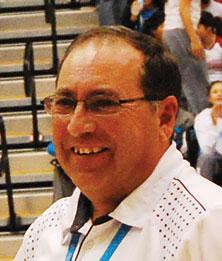 RRPS gets OK to play sports, other activities 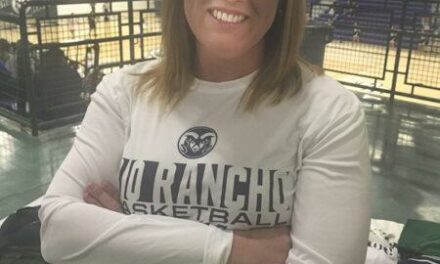