Walmart might not be the only place where you’ll find a welcoming greeter.

Rio Rancho Public Schools might consider the idea of having greeters at every school, “armed” with the latest information and able to answer almost any question posed them, in light of the ever-changing 21st century during the pandemic.

It would be part of the emphasis on expanding communications, which was the gist of Beth Pendergrass’s report to the RRPS Board of Education at its hour-long virtual meeting last Monday.

It was the fifth and final report in three weeks from a reopening task force. Pendergrass, the district’s chief communications, strategy and engagement officer, led the Communications and Community Concerns group.

The idea of having greeters at the schools, she told the Observer, came from the state school re-entry task force’s recommendations to the New Mexico Public Education Department and is “something we could consider. Perhaps it could be the same person who takes temps,” she said.

Pendergrass stressed the importance of communicating with the parents of the district’s 18,000 or so students, and explained the myriad forms that will take: text messages, emails, phone calls, signage and social media. She noted the district’s followers on Facebook since the pandemic have increased by 1,500 to more than 6,000 followers.

Communications from the district will be done on a weekly basis, with text messages kept short and providing a link to a centralized web page for additional information. The communications can be sent in Spanish, Vietnamese and other languages found in the district, Pendergrass said.

“We want to reach and support all of our families,” she said.

There will be a lot more signage posted at the schools to inform parents of new protocols at the buildings, with restricted access during COVID-19.

“It’s critical that we continue to engage parents,” Pendergrass said, with a handout noting that “Parent involvement is important in engaging our community, as parents are usually the most vocal in support of or against the district. With a strong network of parents, word of mouth becomes the district’s most-meaningful community engagement strategy…”

The district’s communications aspect will be expanded to include the promotion of “good news” stories happening within the schools, and making sure area media get that information, plus promoting the good work of the district’s teachers. Each school will have a person assigned to help collect the “good news” and send it to the communications team, which can then disseminate it.

The promotion of such stories helps the district “sell” itself to sustain enrollment. The district, she added, “is craving positive stories right now.”

The district’s “Parent University” will continue, Pendergrass said, with its fall topics focused on yet-to-be-determined areas relating to reopening schools.

Happily, she concluded, all of the planning she outlined can be done within the current budget.

Speaking of the budget, Superintendent Sue Cleveland told the board in light of the just-completed special session of the state legislature, the tentative budget approved at a recent meeting will face some cuts, although Cleveland said, “This year looks far better than we were afraid (it would be). … We all hope for oil and gas to make a very speedy recovery.”

The school board OK’d the purchase of this building at 481 NM 528, which the district has used in the past.
Photo Garry Herron / Observer

The school board’s next meeting is scheduled for 5:30 p.m. Monday, July 13. It will also be a virtual session, viewable at the district’s website (rrps.net). 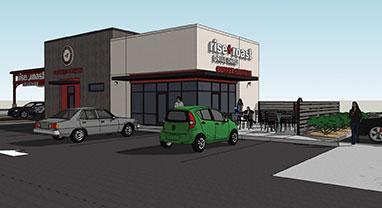 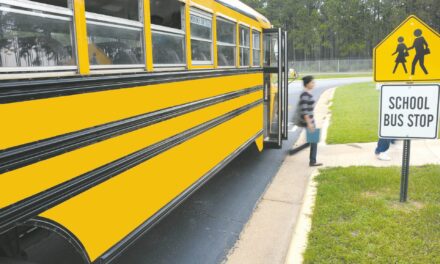