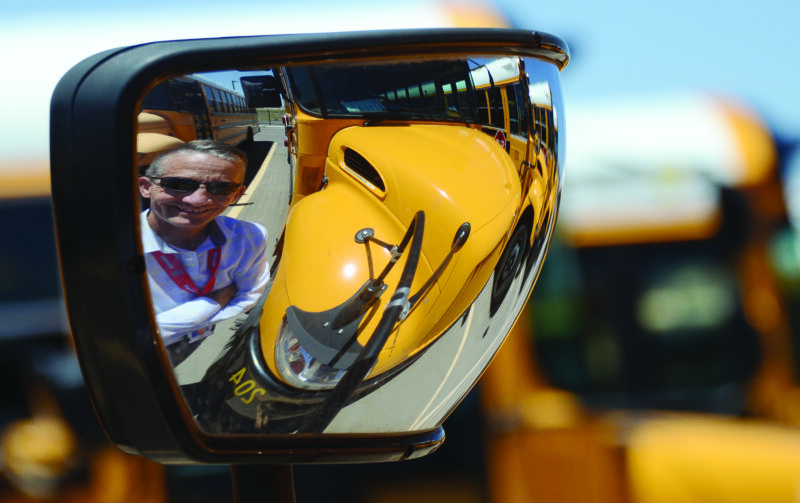 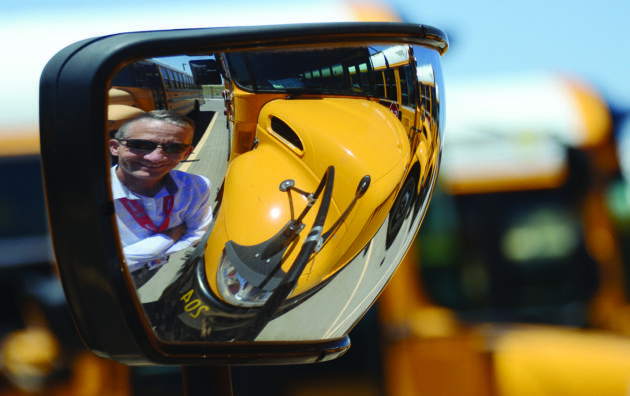 John Francis has moved from being the Rio Rancho Public Schools assistant director of transportation to being the director, without even changing offices.
(Gary Herron/ Rio Rancho Observer)

It sure didn’t take Rio Rancho Public Schools long to find a replacement when Maurice Ross decided to resign his position as director of the transportation department.

Right down the hallway at the transportation center on Moccasin Avenue, there he was: John Francis.

Francis, with a long career in law enforcement, including 24 years as a Rio Rancho police officer, has a face long associated with the City of Vision. He was often seen during his time as RRPD’s public information officer, explaining to the media what had happened at a scene.

Before that, he’d also worked as a full-time firefighter, “and then I switched over to the airport police … and I was a police officer/EMT at the airport in Hobbs,” he said.

Francis, 57, was the assistant director for Ross, who is now the assistant principal at Rio Rancho Elementary. It was Ross’s decision to seek a change of pace.

Hired by RRPS two months following Ross’s selection as the transportation department head, Francis has been there the last eight years and, since March, in a new position termed armed director.

“We went through all the training all the security folks did — No. 1, 2 and 3 security training, firearms, defensive tactics, the physical — everything,” he said.

“From time to time, we do have angry parents show up here — not armed,” he continued. “But they’re very upset over something that may have happened on the school bus with their child or another child, mainly to vent, but sometimes really angry.” 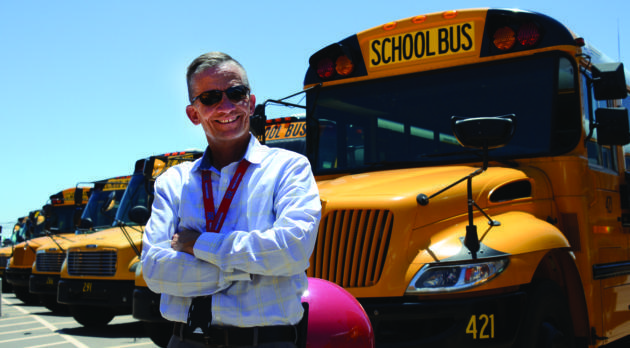 Francis heard in early May that Ross was mulling a change, and Francis was, too: “At that time, I began considering putting in for the job.”

Ross, Francis lauded, “has been a great mentor, great leader and great teacher; his management style is amazing. My intention is to still keep moving it forward and just to continue providing safe transportation for all our students on a daily basis.

“There may be a few positive changes down the road, but they’ll notice they’re going to get the same professional service they have been receiving,” he added of his new role.

Francis said he wants to keep transportation employees happy and with the district. They’ve gotten pay raises the past two years.

“We still would like to hire about 10 drivers,” he added. “We are trying to hire some over the summer but we’re always hiring — it’s got great benefits.”

Francis said the average bus driver works 30-40 hours a week, and all are eligible for retirement benefits; health, vision and dental insurance; and sick leave.

“I’m honest; I’m trustworthy; I’m very compassionate,” he said of his qualifications. “It’s all about the kids. We want to get our kids to and from school safely. We’ve got over 8,000 kids from 1,900 bus stops on a daily basis. It’s not easy to transport that many kids from that many bus stops daily without something happening. … But our safety record speaks for itself.”

If interested in a position behind the wheel, or to gather any other transportation information, visit the schools’ website (rrps.net) and click on the transportation link. 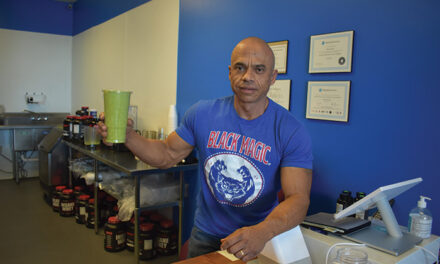 COVID hospitalizations tick up in NM