Although the Rio Rancho Public Schools Board of Education spent about 25% of its Jan. 23 meeting listening to the latest audit report, there was better news to follow.

That “better news” will happen if the state legislature approves a resolution before it: increasing the pay structure for educational assistants, which would more than double their annual salaries from $12,000 or so to $25,000.

The five school board members voted unanimously to support that resolution, which would not only make it easier to recruit and hire EAs but also retain them.

EAs, said Superintendent Sue Cleveland, are “a very valuable group of employees” and, at current pay rates, “a challenge to find.”

“Our EAs are really excited about the possibility of this,” Cleveland said.

It was noted that about 30 EA vacancies existed, although Human Resources Executive Director Mike Chavez said a job fair at the RRPS building earlier this month had a “tremendous turnout.”

The board learned from Accounting & Financial Services of Farmington that its finances were in order, although a small glitch was noted in how activity funds at the schools have been accounted for and moved around.

“These are small findings, not big findings,” noted Terry Ogle of Accounting & Financial Services. ““The district appears to be operating well overall.”

RRPS Executive Director of Finances David Vigil advised the board, “An audit is an opportunity for us to learn about our organization and learn where we can improve.”

“We’re pretty proud of this audit,” is how board member Noreen Scott summed up the report.

As the 80-minuite meeting wound down, the board unanimously approved the second reading of Policy 724, which would improve the status of part-time bus drivers so they could be eligible for the benefits received by full-time drivers.

The board also heard first readings for five other polices: 1022 (Reporting Student Abuse of Alcohol or Drugs), making it easier to report; 600, 601 and 602, all dealing with the budget; and 214, which would change the board officers’ terms from one year to two years, although the board decided that policy could wait until December, following the November elections (with two seats up for election), until opting to make that change. 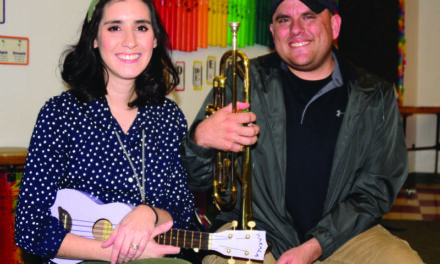 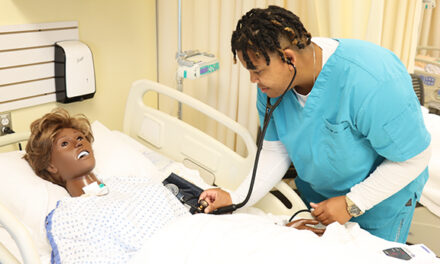 UNM launching an accelerated Bachelor of Science in Nursing option