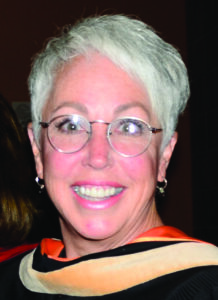 Attending her final meeting of the Rio Rancho Public Schools Board of Education a few weeks short of completing her four-year term, Wynne Coleman listened as her fellow members showed their respect.

Her District 1 seat on the board will be filled by the winner of the Nov. 2 race between Gary Tripp and Patrick Monroe Brenner.

Board member Catherine Cullen said she became a good friend of Coleman during their time together, and that, “You accomplished so much while serving the board.”

Like Coleman, Cullen opted not to run for re-election. Her District 5 seat will be filled by Jessica Tyler, running unopposed

“Thanks for everything; I learned a lot from you,” added Jeffery Morgan, while Noreen Scott said, “It has been a joy serving with you … (I appreciated) the knowledge you brought to the board.”

Board President Amanda Galbraith credited Coleman for having done her “due diligence to try to better our district.” Even though the two didn’t always agree, Galbraith said she knew Coleman “want(ed) to make the Rio Rancho Public Schools the best it can be.”

“My experience on the board has been priceless,” Coleman said, before leaving the Zoom session. “It has been a privilege to serve… (I am) grateful for the support from the people in the district.”

Of course, there was other business on the agenda:

Galbraith also read most of the public comments, something she hasn’t done in the past. Eight of the 10 dealt with parental objections to masks being worn in the schools.

Hooray: Bands and choirs back performing

RRPS has announced that its performing arts students and teachers will present concerts, plays and recitals in person.

RRPS has COVID-19 safety protocols that will be in place for these performances.

To keep the audience safe:

The NMPED would like public feedback and comments on their proposed Social Studies Standards, last revised in 2009.

The state extended the public comment period on the updated social studies standards through Friday, Nov. 12. This includes an additional 15 days beyond the legal requirement for review and comment.

Written comments may be submitted:

In addition, the public may speak about the proposed standards, as well as two other proposed rule changes, at a public hearing from 1-3 p.m. Nov. 12 in Mabry Hall in the Jerry Apodaca Education Building, 300 Don Gaspar Ave. in Santa Fe. Speakers will be encouraged to submit written comments and then have up to three minutes each to speak.

To learn more about the NMPED’s proposed Social Studies Standards or read through the proposed standards, visit https://webnew.ped.state.nm.us/bureaus/literacy-humanities/social-studies/ 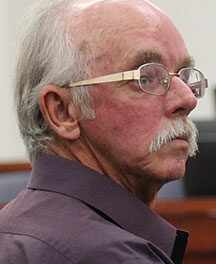