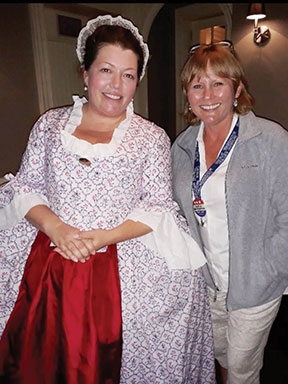 Michelle Van Sant, who teaches a gifted seminar at Rio Rancho Middle School, has a gift of her own: passion.
And, she says, that passion and her enjoyment of teaching may keep her in the classroom when she’s in her 80s.
Truth be told, she says, “I don’t teach facts in that I don’t provide dates, names and places for kids to memorize. Instead, I provide primary sources that we investigate together. I do provide dates, names, places, events, etc., to help present the whole picture. It’s just not the basis for my teaching like a textbook might be.”
Simplified: “I enhance.”
As an example, Van Sant explained, “If the kids are learning poetic devices in their ELA (English language arts) class, I might teach an Emily Dickinson unit, where we analyze Civil War newspapers or events along with a few poems she wrote at the same time to explore how she and her poetry were affected by the war. Or if kids are learning the basics of World War II, I might teach about the Japanese internment camps, Bataan Death March, Navajo Code Talkers, etc.”
The response from students has shown she’s on the right track: She is often amazed when she hears what these sixth-, seventh- and eighth-graders have to say about the topics they’re focused on.
Sometimes, in addition to changing their fellow students’ minds about concepts or ideas, they’ll even change Van Sant’s.
Her focus at RRMS is history, and Van Sant was recently named the 2021 New Mexico History Teacher of the Year by the Gilder Lehrman Institute of American History. Parents, students, teachers and administrators nationwide nominated a record 8,510 teachers for the prestigious award this year.
This fall, the 2021 National History Teacher of the Year will be selected from the pool of state winners. In addition to a $1,000 honorarium, RRMS will receive a core archive of American history books and Gilder Lehrman educational materials and recognition at a ceremony in New Mexico.

Teacher’s history
Born in Indiana, Van Sant was mostly raised in Santa Fe.
Although she initially thought about being an archaeologist and later a psychologist, it was during a six-month family trip through Europe — “I was 6 years old,” she said — that she fell in love with history. Van Sant fondly recalls visiting famous castles and other historical sites, including Stonehenge.
Her father had been a history buff, loving Santa Fe’s art history and indigenous culture. He’d move the family from Indiana because of his failing eyesight and his desire to experience the art of The City Different.
Van Sant’s fondness for things of the past was deepened through trips to Chaco Canyon, Bandelier National Monument and Mesa Verde. But it wasn’t until she was enrolled in a Human Growth and Development class at the University of New Mexico that a professor told her teachers can do so much more for kids — daily — as opposed to psychiatrists, who see patients irregularly.
That squelched her initial plan to become a psychologist, but — thankfully for countless children the past 26 years — led her to pursue the field of elementary education.
She thinks, that although “History is a strength and a passion, I took science (courses), my weakest area … I don’t have a major in history.”
A 1986 graduate of Santa Fe High, following six years teaching for Albuquerque Public Schools, she got a position in 2000 with Rio Rancho Public Schools: one year at Martin Luther King Jr. Elementary, another year at Colinas del Norte Elementary, 16 years at Rio Rancho Elementary and on Thursday, she started her fourth year at RRMS.

And now …
Although she doesn’t fish, her aim at RRMS is hooking her students: “How can I get the kids engaged, (with) whatever the kids are interested in, whatever I’m interested it?” is how she puts it.
She smiles when she remembers one student telling her, “I learned more in this class than in my history class.”
She stays busy, having been part of the Superintendent’s Advisory Council, the Student Assistance team (also as its chairwoman), summer school coordinator and teacher, and Homework Club coordinator and teacher.
She has taken about eight summer overseas trips with students, with the most recent one visiting Germany, France and Switzerland. Often, more than a dozen students come along; she took 21 students, with parents/chaperons to Costa Rica.
She recently returned from an Alaskan vacation; previous adventures have taken her to Colonial Williamsburg, the George Washington Institute at Mt. Vernon, Trinity Site, Pearl Harbor and Hiroshima, Japan.
“You can read that stuff in history books, but to walk in these places?” she muses.
On her bucket list, she said, are trips to Ground Zero — she has been teaching lessons about 9/11 annually since its 10th anniversary — plus Ellis Island.
“I’ve been teaching 26 years; I could retire,” she said, but if she’s still teaching when she’s 80, “I’ll be a happy camper.” 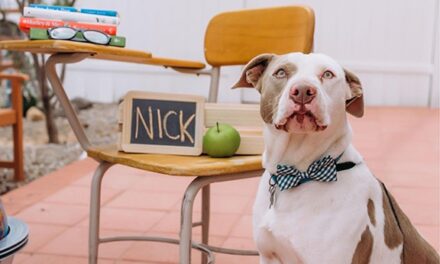 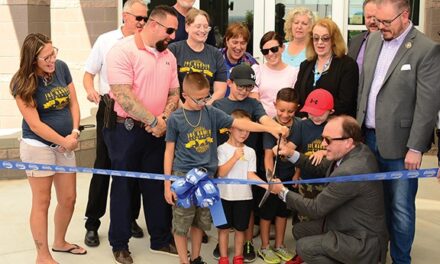