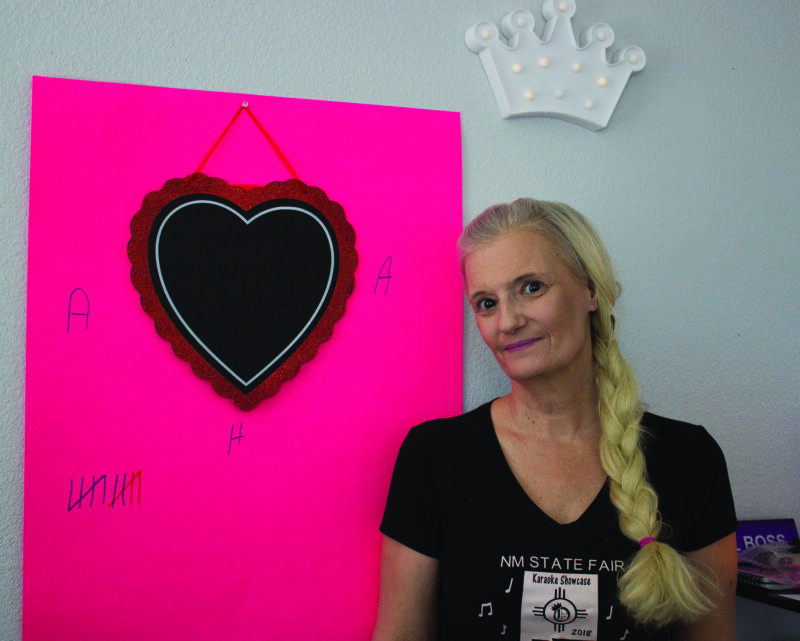 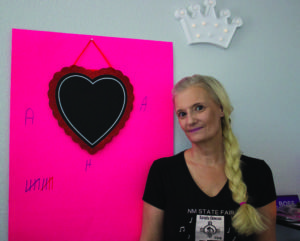 Ring Bomb Party hostess Gaenor Thompson stands next to a heart-health poster she made to keep track of how many rings she sells. For each ring Thompson sold in the month of February, she planned to donate money to the American Heart Association.
Photo by Amy Byres / Observer

She is an independent consultant that sells Ring Bomb Party products online. She holds a government job during the day and sells rings through Facebook live a few nights a week.

She began RoyaltyGems initially with the goal to replace the carpet in her home. But more money has gone toward charity than her carpet.

In the two months, Thompson has been a hostess, she has funded two scholarships and donated to different charities.

“It’s not like I am sitting here making royalties or a lot of money because I am not. And like for the clothes I sew for homeless people, the fabrics are donated to me and I make the clothes. So everything I do is primarily for charity,” Thompson said. “I do also want to replace my carpet. So I put a little (money) aside.”

Each scholarship Thompson sponsored was $100 and went to Rio Rancho students.

“I think I am blessed for any little amount that I make because I am giving back. I like to be able to give back. One girl I gave the scholarship to, she lives here in Northern Meadows, and she cried because it meant that much to her,” she said.

Thompson said she has been giving back to the community for years. This charitable attitude began in 2010 when Thompson had cervical cancer, she said.

“I could not get out of the house because of an internal MRSA (Methicillin-Resistant Staphylococcus Aureus). I mean I was really sick, and it was around Christmastime,” Thompson said. “That was during all my surgeries, so I was in and out of the hospital. My kids came to me and said, ‘Mom, we need shoes,’ and I just started crying because I could not drive.”

Thompson called a co-worker for help, asking if she would buy and drop off shoes and coats for Thompson’s children. Her co-worker took it one step further and asked the community to donate.

Since then, she has beaten cancer twice and donates to cancer research.

This month Thompson is donating to the American Heart Association.

“For every ring I sell this month, a dollar is going to the American Heart Association because I have a heart condition and one of my sister Ring Bomb dealers is going to match,” she said.

Thompson is hoping to donate to a different charity every month by selling rings.

These are not bath bombs. Thompson said the fizzle is just for fun.

She uses hot water to reveal what is hidden inside and customers can buy rings and/or rings encased in a fizzle solution.

Thompson says she hopes to see RoyaltyGems grow so she may give more back to the community and replace her carpet. 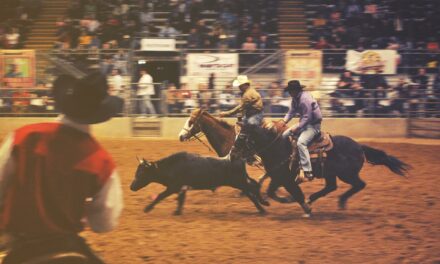 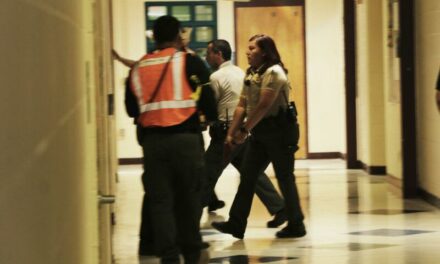