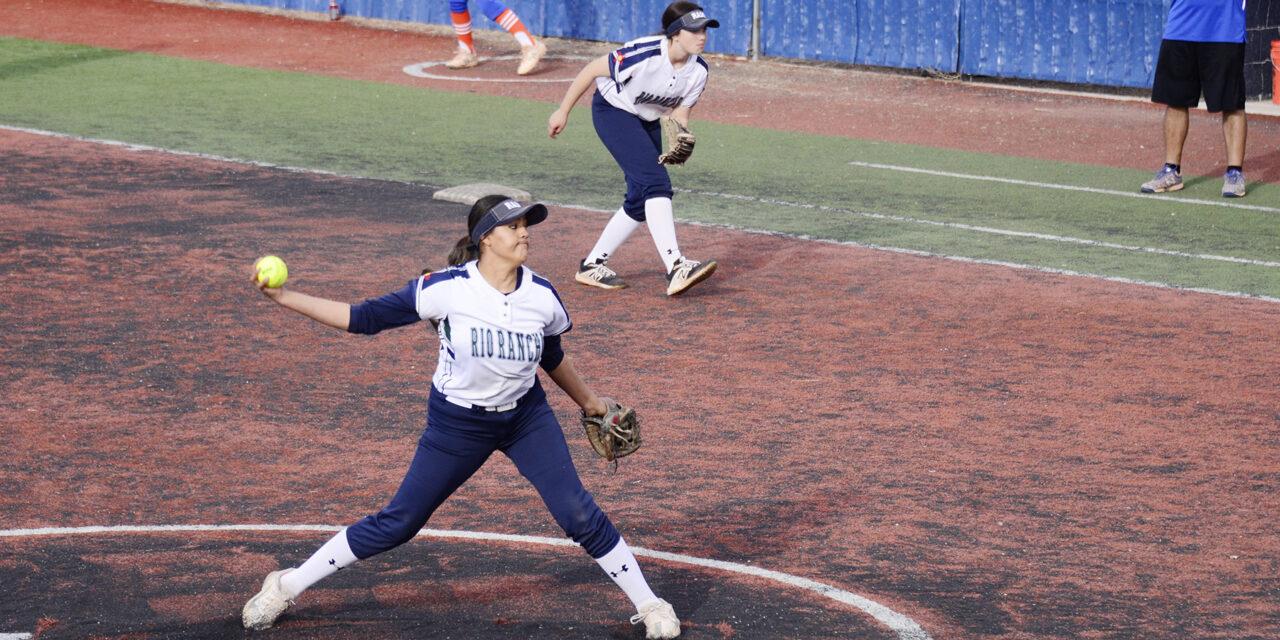 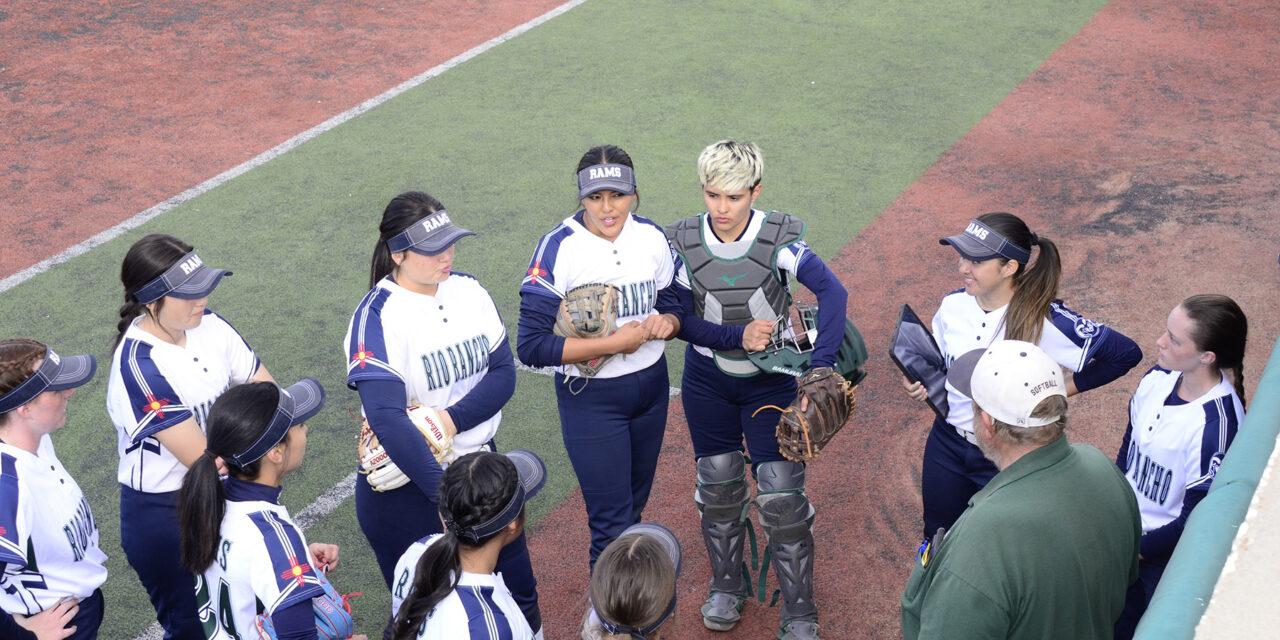 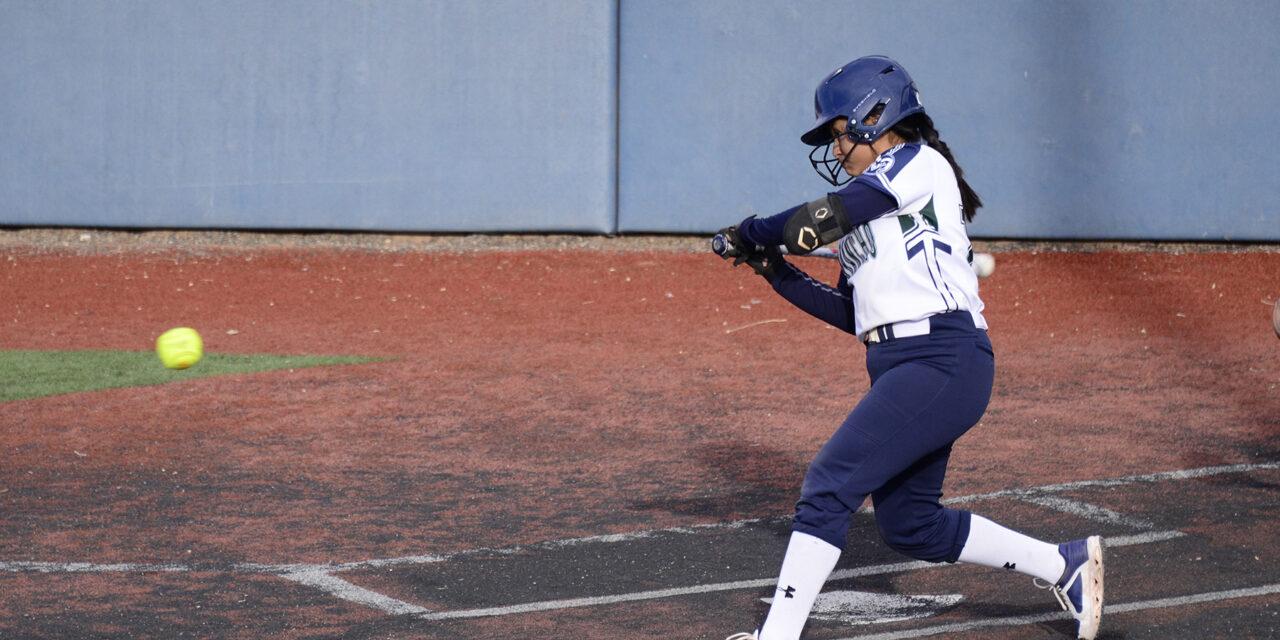 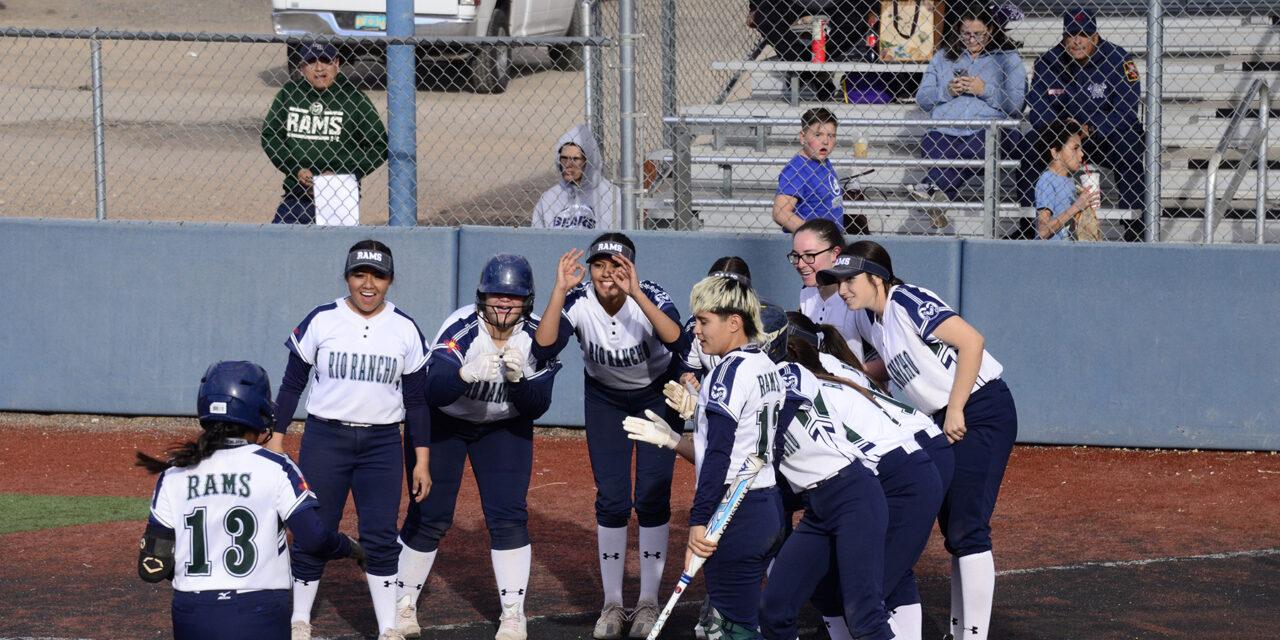 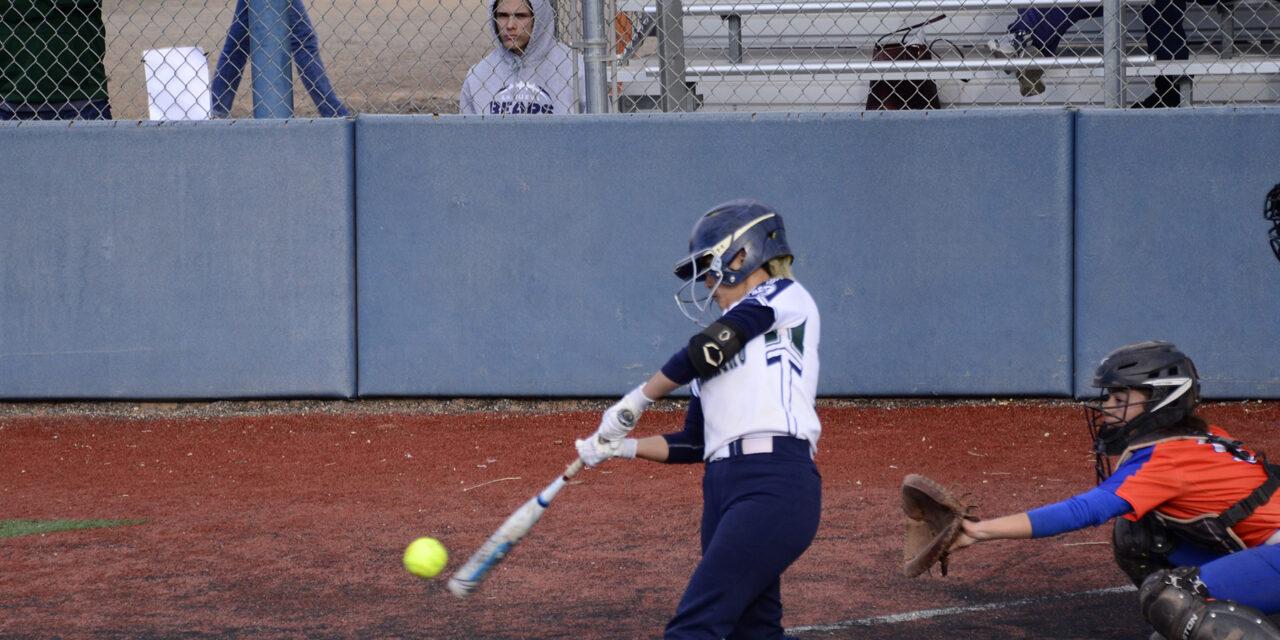 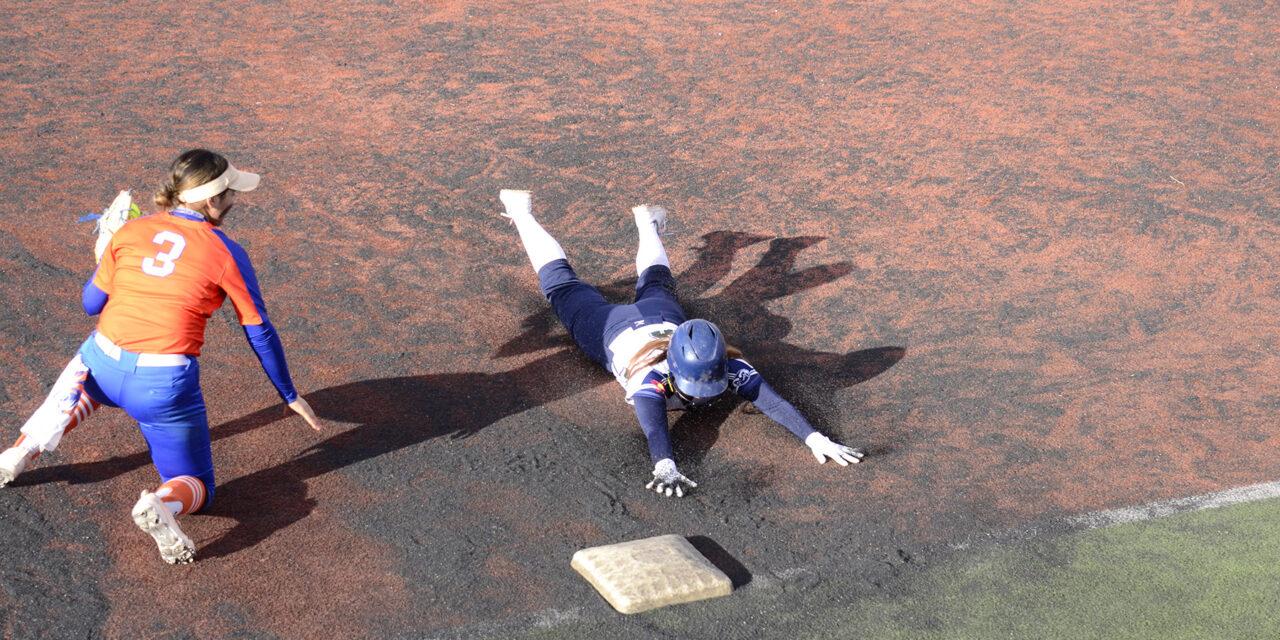 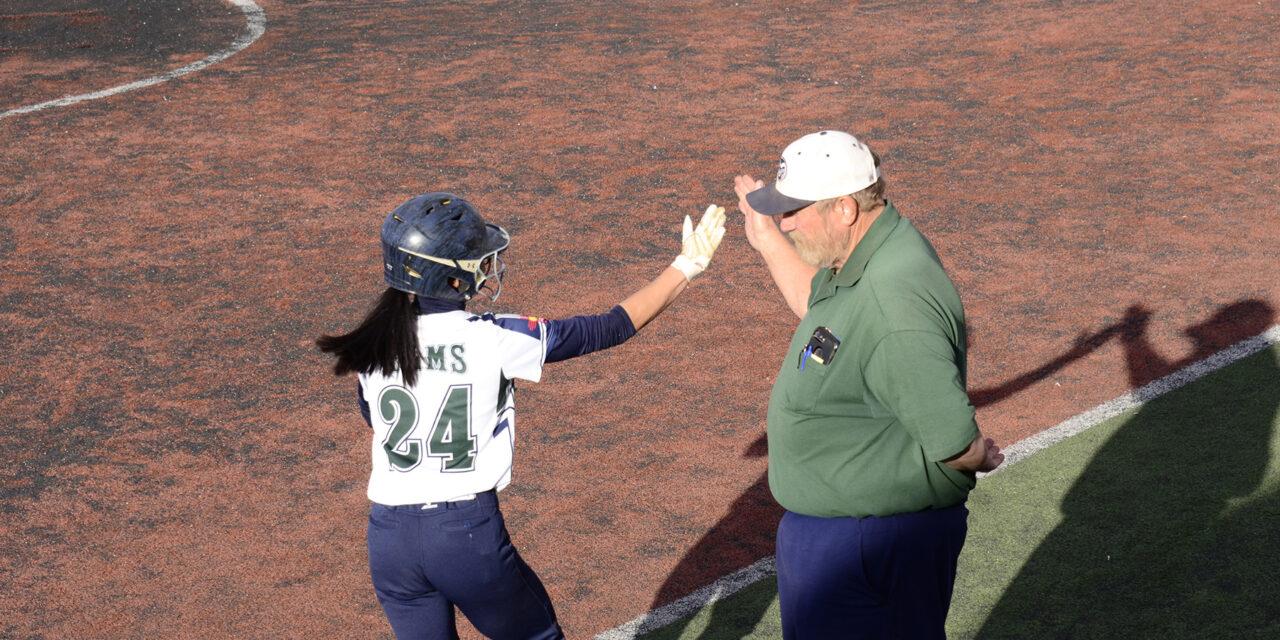 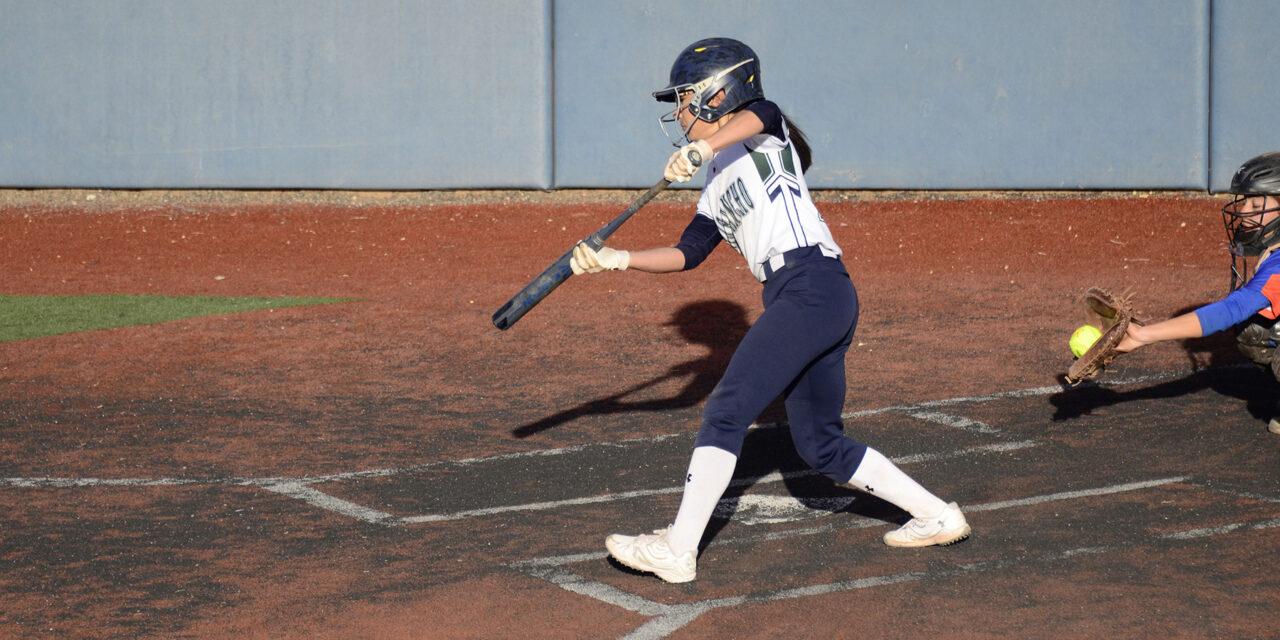 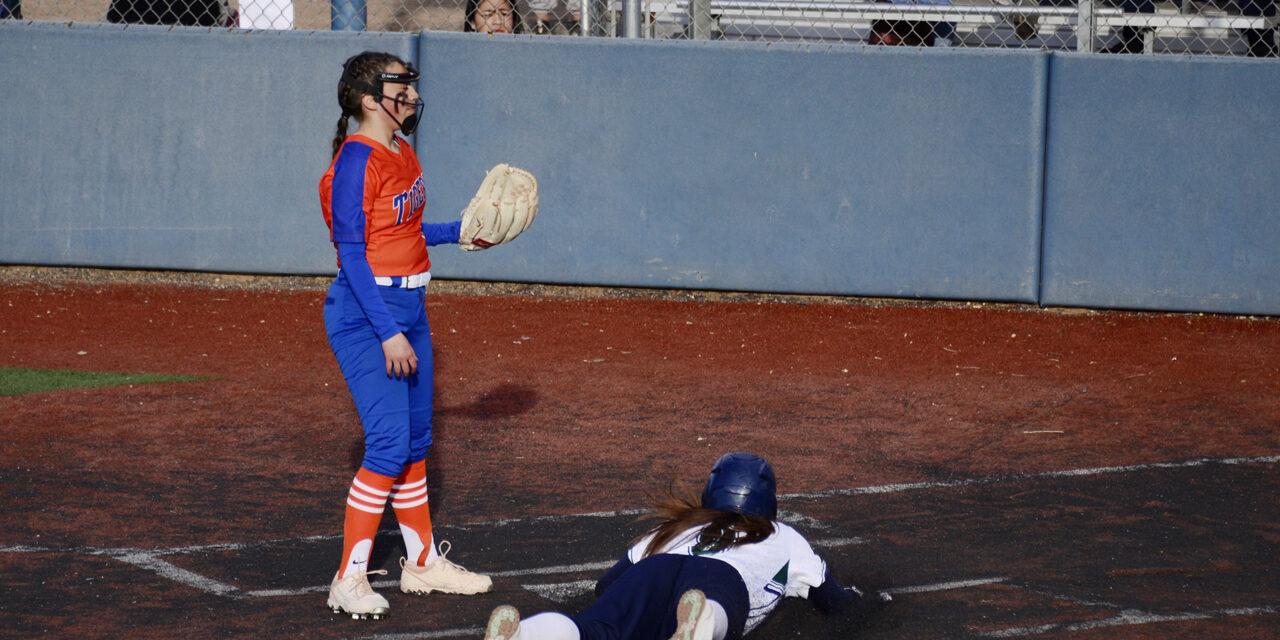 The Rio Rancho Rams are off to a strong start on the hitting end to open the 2022 softball campaign.

Rams pitcher LaBraida Tenorio delivers a pitch and first baseman Destiny Gonzales is ready if the ball is hit her way.

Rams coach Paul Kohman chats with his team as the Rams come off the field to bat in the bottom of the first inning.

Ashley Burriel finds a welcoming party after she rounds third base on her first-inning homer.

‘King’ of the long ball, senior Kionna King, who led the Rams in homers in 2021, connects for her second round-tripper of 2022.

Forsaking another chance for a homer, Kayla Reed misses a bunt attempt en route to make the second out of the second inning.

There she goes, sliding head-first again. Ryleigh Garvin makes it a 13-0 score in the second inning. 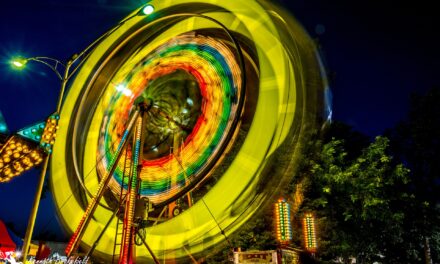 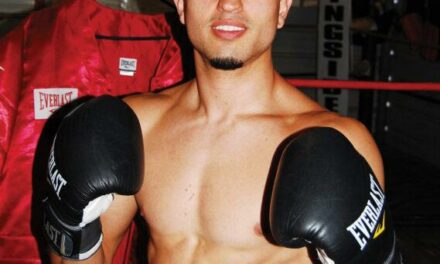