In 1952, President Harry S. Truman signed into law the National Day of Prayer. Sixty-nine years later, Rio Rancho saw its first National Day of Prayer breakfast.
The event took place at the Rio Rancho Church of Christ on Thursday, and plenty of attendees promptly made the 7 a.m. start. Members representing over 10 churches walked through the front doors with smiles and an apparent sense of comfort. 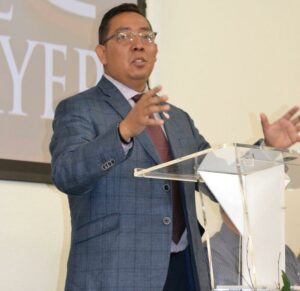 “For the first year, I think it went really well,” said Church of Christ minister Raymond Archibeque. “I’m praying we’ll have more involvement next year.”
Since its conception, every president has signed a National Day of Prayer proclamation. In 1988, President Ronald Regan designated the first Thursday in May as the official day of observation.
Archibeque knew there were state events recognizing the day, but nothing besides a gathering at the City Hall flagpole in Rio Rancho. The original event was in the works before the pandemic, but with Sandoval County in the Turquoise designation, the timing was good.
“I got together with Mike (Huffstuttler), who is the owner of Believers Christian Gifts, and Floyd (Silva), who is the pastor at Cornerstone Community Church, and said, ‘Hey, this is what I want to do.’ They said, ‘Well, we’ll do it with you.’ So we just started planning.”
Everything was organized by the church community, and attendees enjoyed pancakes and sausages —although many made sure to get their coffee first. Archibeque shared the history and meaning of the event.
The panel, which included Sandoval County Commissioner Jay Block and Rio Rancho City Councilor Karissa Culbreath, offered prayers dedicated to a variety of focuses. Family, church, workplace, education, military, government and the media were covered, but Archibeque thought it was important that Police Chief Stewart Steele acknowledged first responders as well.
Mayor Gregg Hull and state Rep. Joshua Hernandez, R-Rio Rancho, were two of the close to 120 guests.
“I’m very happy with how it turned out and how people responded,” Archibeque said. 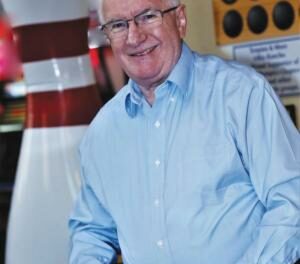 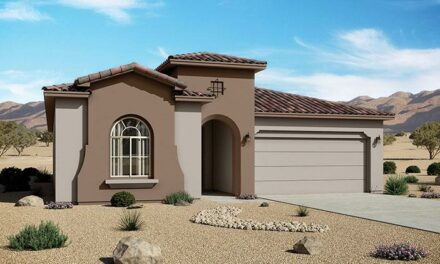