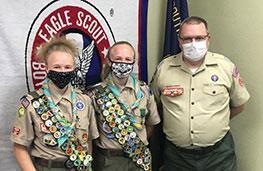 Twin sisters from Rio Rancho have become the first female Eagle Scouts in New Mexico, and they did it in less than two years.

Sierra and Ainsley Martin, 17, pinned on each other’s Eagle Scout medals Thursday at the Great Southwest Council Office in Albuquerque in a small ceremony broadcast to media via Zoom. Gov. Michelle Lujan Grisham recorded a congratulatory message for them as part of the event.

“I wish you both luck in completing all 137 merit badges, and I look forward to your contributions to our state in the years to come,” Lujan Grisham said. “Both of you have what it takes to not only break barriers, but lead your peers and your community.”

Ainsley said the girls joined Scouts BSA, formerly Boy Scouts of America, on Feb. 1, 2019, the first day females were allowed to have troops in the organization. They always aimed to become Eagle Scouts on the first day possible, Oct. 1.

In the past year and a half, they attended Scout camps in four states, camped more than 90 nights, hiked or backpacked almost 200 miles, donated 400 service hours and met Scouts from 51 countries online. Sierra is the troop bugler, and Ainsley is the troop scribe.

“As Eagle Scouts, we can help all the younger scouts in our troop to advance in rank and to learn the leadership and life skills that they need. We can also help out our community ourselves with service projects and through using the skills and leadership we now know how to do in all other aspects of our lives,” Ainsley said.

Sierra led her troop and family in making 216 cloth masks for employees at Presbyterian Rust Medical Center. She did the project at the beginning of the COVID-19 pandemic, when getting enough personal protective equipment was difficult.

According to a news release from the BSA Great Southwest Council, Rust employees had PPE for their shifts but had to provide their own for walking through the hospital before and after work.

“That was a place that would be very beneficial to help,” Sierra said she decided.

Ainsley led her troop in refurbishing the amphitheater at Girl Scouts Camp Elliott Barker in Angel Fire. They rebuilt and repainted benches, refurbished the stage and totem, installed new steps and cleared away brush.

Ainsley said the camp had benefited her as a Girl Scout, and the amphitheater had needed work for many years. She thought it would be a fun and challenging project.

Before joining a BSA troop, the girls had been Venturing, a co-ed BSA program, for about a year and had been in Girl Scouts since they were small children. Their three younger brothers were in Boys Scouts, and the girls saw the skills they learned, the careers they were exposed to and the experiences they gained.

The home-schooled high-school juniors are both trying to earn all 137 Scout merit badges. Ainsley has six merit badges to go, and Sierra’s badge count is in the 90s.

“Without merit badges,” Sierra said, “we never would have scuba dived or water skied or welded.”

“It’s really interesting to learn about all of those skills and industries, and get to go on the cool adventures that they include,” Ainsley said.

Working on the badges was an almost daily activity for them. Ainsley said she earned one a week for a while.

The Martins will receive their official Eagle Scout status with the national class of first Eagle Scout girls at a later ceremony, according to the press release.

They also plan to go sailing with their troop in the U.S. Virgin Islands next summer. 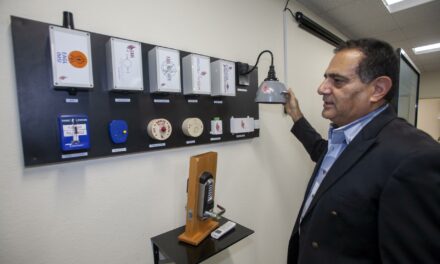 New tech could stop a shooting before it starts 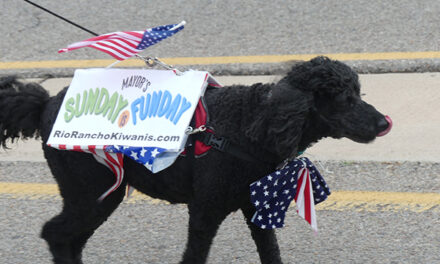 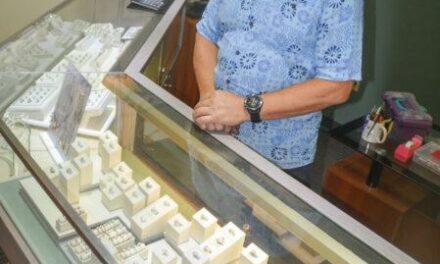