Crime numbers decreased 4 percent overall in Rio Rancho last year and police response times became faster, according to Rio Rancho Police Department’s 2020 annual report.
Looking at numbers RRPD tracks for its reporting for the U.S. Department of Justice annual Uniform Crime Report, Rio Rancho saw almost 8,200 criminal offenses last year, down from more than 8,500 in 2019 and almost 8,800 in 2018, according to the report.
RRPD Patrol Lt. K.C. Martin said crimes were down last year because there was less interaction among members of the public due to COVID. Police leaders are uncertain of how COVID will affect crime now that restrictions have greatly eased.
“We just want to make sure the public knows we’re out there working, trying to make our community the best, safest community out there and trying to provide quality services to all our citizens,” said RRPD Lt. Richard Koschade.

Crime rates
RRPD recorded one murder case in 2020, compared to three in 2019 and five in 2018, according to the report. The 2020 murder victim was an unidentified woman whose body was found on the mesa.
Koschade said detectives were working on the case, but he had no further information to release.
In 2020, there were 35 cases of rape by force — as opposed to charges of rape based on victims being underage, even if they weren’t forced. That number is down two cases from 2019.
According to the report, RRPD handled 38 rape cases in 2018.
RRPD had 201 reports of aggravated assault and 445 reports of simple assault in 2020. In UCR terms, assault includes what New Mexico law calls battery — harming or touching someone in a rude, insolent or angry manner — and assault, which is attempting or threatening to harm someone.
Simple assaults were up from 2019 by 21 percent, or by 78 cases, in 2020. Aggravated assaults were also up last year, compared to 114 incidents in 2019 and 150 in 2018. That’s a 76 percent increase between 2020 and 2019.
The amount of robberies was the same in 2020 and 2019: 22 incidents. That number is lower than in 2018, when there were 32 reports of robberies.
According to the report, strong-arm robbery — robbery without a dangerous weapon — was the most common type of robbery in 2020. In 2018 and ’19, robbery with a firearm was most common.
On the other hand, burglaries and attempted burglaries were down 28 percent in Rio Rancho, to 190 in 2020 compared to 263 in 2019, according to the report. The city had 239 reports of burglary and attempted burglary in 2018.
Motor-vehicle thefts went up 6 percent from 137 reported in 2019 to 145 in 2020. However, according to the report, the vehicle thefts in 2020 were lower than in 2018, which had 185 such incidents.
In 2020, Rio Rancho Police recorded more than 1,400 cases of larceny, up 30 percent from about 1,100 in 2019, according to the report. In 2018, just more than 1,200 cases of larceny were reported.
In 2020, shoplifting was the most common type of larceny, followed by theft from a motor vehicle.
Incidents of arson also increased, to 24 cases in 2020 from 12 cases in 2019 and 16 cases in 2018, according to the report. That’s a 50 percent increase between 2020 and 2019.
Koschade wasn’t sure why larceny and arson went up last year.
“We can’t speculate on why there was an increase, as there could be a number of reasons: more people were home, change in social dynamics, etc.,” he said.
Other criminal offenses, such as stalking, domestic incidents and child-related crimes, were recorded as one category, with more than 5,600 offenses reported. That’s down 12 percent from 2019, which brought more than 6,400 reports in that category.
Martin said “other criminal offense” numbers were reported that way because RRPD switched recording systems in the middle of the year to match what the FBI uses. The old and new systems don’t share information or track crimes the same way.

Numbers of investigations
In the RRPD Criminal Investigations Division, detectives were assigned 411 cases last year and carried over 96 from 2019, plus any cases from years prior to that. They closed 528 cases, with 102 left open, according to the report.
Those numbers show a 9 percent increase in new cases and a 77 percent jump in cases closed, compared to 2019. That year, detectives received 376 new cases, carried over 97 from 2018, closed 298 and had 121 still open and active at the end of the year.
Those numbers may not add up because cases are counted the year they’re opened and only marked as carried over the next year even if they’re open for multiple years.
To read the full RRPD annual report, visit rrnm.gov/2784/Annual-Report. 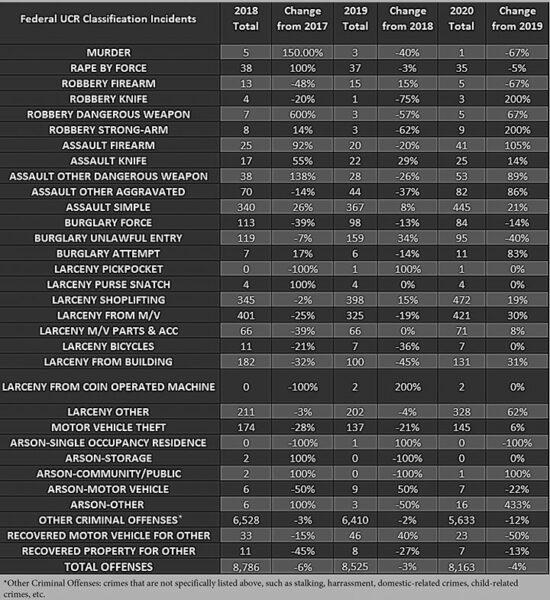 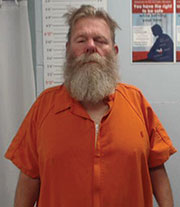 Nagel on Finances: A refresher on deducting losses 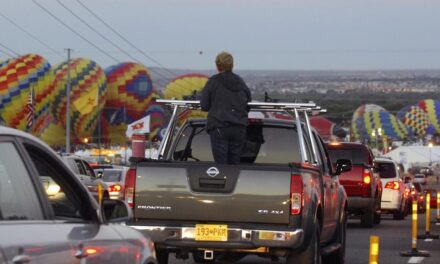 Top tips for getting to Balloon Fiesta Park