Motorists should be aware that improvements to Country Club Drive will begin Monday. Photo by Gary Herron.

It wasn’t the first time Rio Rancho Mayor Gregg Hull delivered his 2019 State of the City report to an interested audience, just perhaps the first time he did so in 2020 — and this time, with a few minor updates because, “a lot has happened” since his seven-minute video presentation was unveiled.

Hull was the featured speaker Thursday morning at the first Rio Rancho NAIOP Roundtable meeting of the New Year.

As he told the audience of close to 100 at Presbyterian Rust Medical Center, “We’re the City of Vision and it’s the ‘Year of Vision, 2020.'”

“If we all don’t have a vision, we end up going nowhere,” he later said, crediting city staff, department heads and the governing body.

Hull said the final touches on the reconstruction of Southern Boulevard from NM 528 to a bit west of Golf Course Road, although a bit later than originally expected, made for a good Christmas present for those regularly on the city’s main east-west thoroughfare.

Hull updated the group on other completed 2019 road projects and listed roadwork that can be started and/or finished in 2020, if voters’ approve the $10.8 million road bond March 3.

Although orange barrels no longer line Southern, Hull said motorists will see them on Monday when improvements begin on Country Club Drive, from Southern north.

Hull also said that although Phase 2 of the Southern improvements, namely between Golf Course Road and Unser Boulevard, are on hold for maybe two to four years until funding can be located, the section of Southern from Unser to Rainbow Boulevard will be repaved in 2020.

Also expected to become a reality in 2021 will be the widening of Westside Boulevard from NM 528 to Golf Course Road. And Hull emphasized the importance of getting Paseo del Volcan, aka Pete V. Domenici Highway, connected between Unser and I-40.

“The No. 1 priority is fixing these roads,” Hull said, hoping to find federal funding to allow the repairs of streets in neighborhoods throughout the city, cautioning, “Finding funding is a challenge.”

Speaking of neighborhoods, Hull pointed to the development of six new subdivisions — a large up-tick in housing, he said — which will help the city secure the title of second-biggest city in the state.

Hull also talked about the importance of the aforementioned road bond, plus the $3.79 million public safety bond that will go toward replacement of aging vehicles for police and fire, plus a new ladder truck and renovating and improving public-safety facilities. Passage of either or both won’t increase taxes.

Phase 1 of the Campus Park, set for City Center, will get underway in 2020, including construction of an amphitheater, he said.

Hull was also pleased to reiterate some of the results of the 2019 citizens survey, where 95 percent of respondents said they felt safe in their neighborhoods, and again thought highly of the city’s parks, libraries, schools, cost of living and more. (Results are available at the city website, rrnm.gov.)

“We’re listening to what the citizens are saying,” Hull said.

He also said he expects to see a lot of economic growth here in 2020, although he was unable to share the identities of some national retailers headed this way. 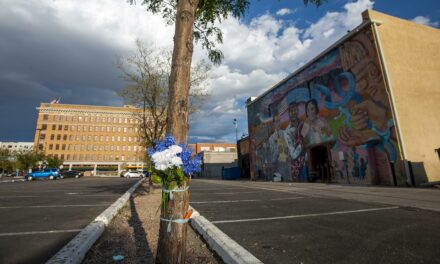 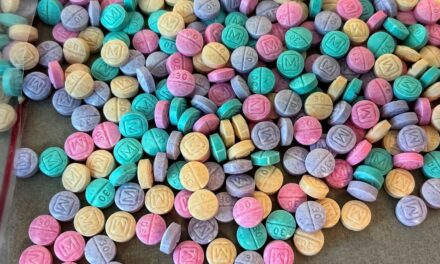