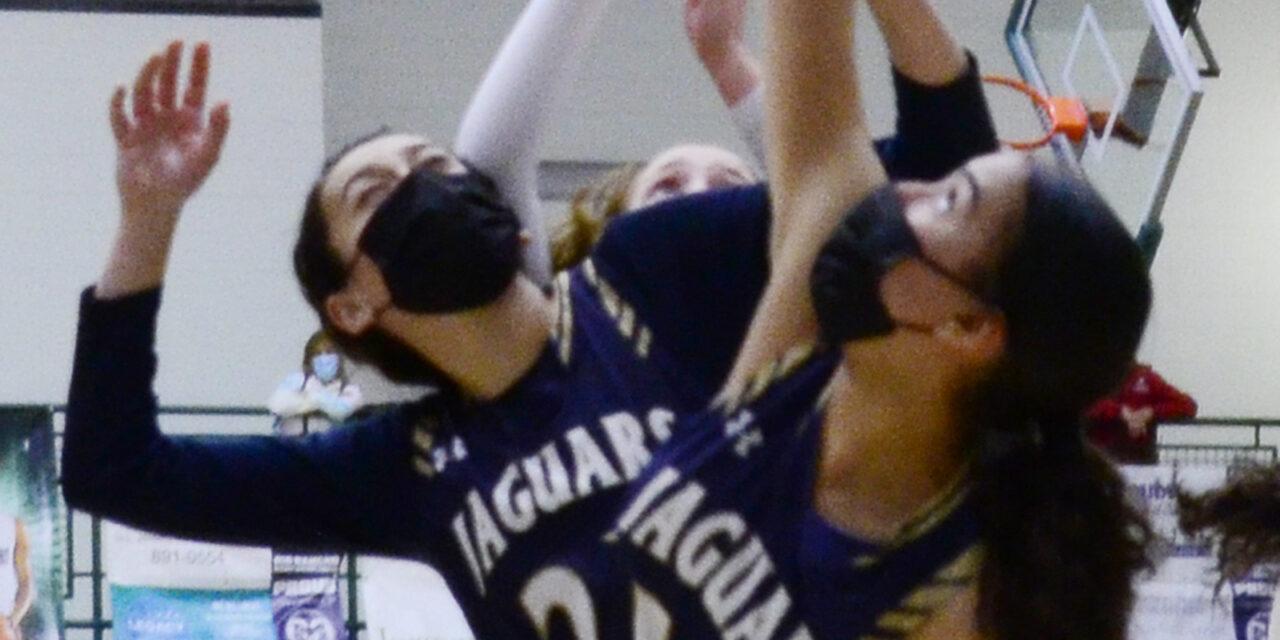 The Rio Rancho High School girls basketball team will remain focused on its game in the Rams Athletic Center with Cleveland High, although a game in the Ring of Fire at Volcano Vista looms ahead Tuesday at 7 p.m.

Yes, Rams coach Scott Peterson will be thinking his team, now 12-11 and 4-2 in District 1-5A after a pair of wins last week, but seriously, other teams’ coaches probably have thought that with no success.

The unbeaten Hawks (19-0), who take a 32 game winning streak into their Wednesday evening game at Cibola, have won all five of their district games by 40 or more points. The rams visit Cibola Thursday evening at 7.

Despite that, when the Rams entertain the Storm Thursday, it looks like the game’s winner will finish the regular season in second place in the district and – with one more win – play at Volcano Vista in the 1-5A championship game Feb. 26.

Rams 45, Atrisco Heritage Academy 31: A 13-0 run that began on a layup by Alice Wilkinson late in the first quarter gave the Rams some breathing room Tuesday evening ion a game they never trailed.

In fact, during that run, the Rams took a double-digit lead and held it over the game’s final 22:17. Strangely, after that offensive outburst, the Rams never scored more than 2 unanswered points.

Isabella Schalow was a one-girl wrecking crew in the second period, when she scored on eight layups, en route to 14 for the contest, matched by Wilkinson, also a senior.

Playing an aggressive, often trapping, defense, the Rams pestered the Jaguars (6-14, 0-5) into frequent turnovers, often converted into breakaway layups. Rio Rancho also held AHA to single-digit quarters, leading 13-7 after the first quarter, 28-14 at halftime and 40-23 heading into the fourth quarter.

“I’m just really proud of our seniors,” beamed RRHS coach Scott Peterson. “This is the most seniors (8) I’ve ever had … having eight is a lot of seniors.”

As coaches are wont to do, Peterson started five of them, although only Daniela Orozco, with 2 points, managed to score, other than Wilkinson and Schalow, giving her proud dad Jerry – president and CEO of the Rio Rancho Regional Chamber of Commerce – a special way to commemorate his birthday.

“Obviously, there’s a lot of emotions when you’re coming out for Senior Night,” Peterson added. “I don’t think you realize how fast it comes – and it’s here. It felt like they were ready to play tonight; they were in the moment.

“My hat’s off to Atrisco – they’re scrappy, they’re a hard team to prepare for. They get after it, they have fun, and I hope it looked like we had fun tonight.” 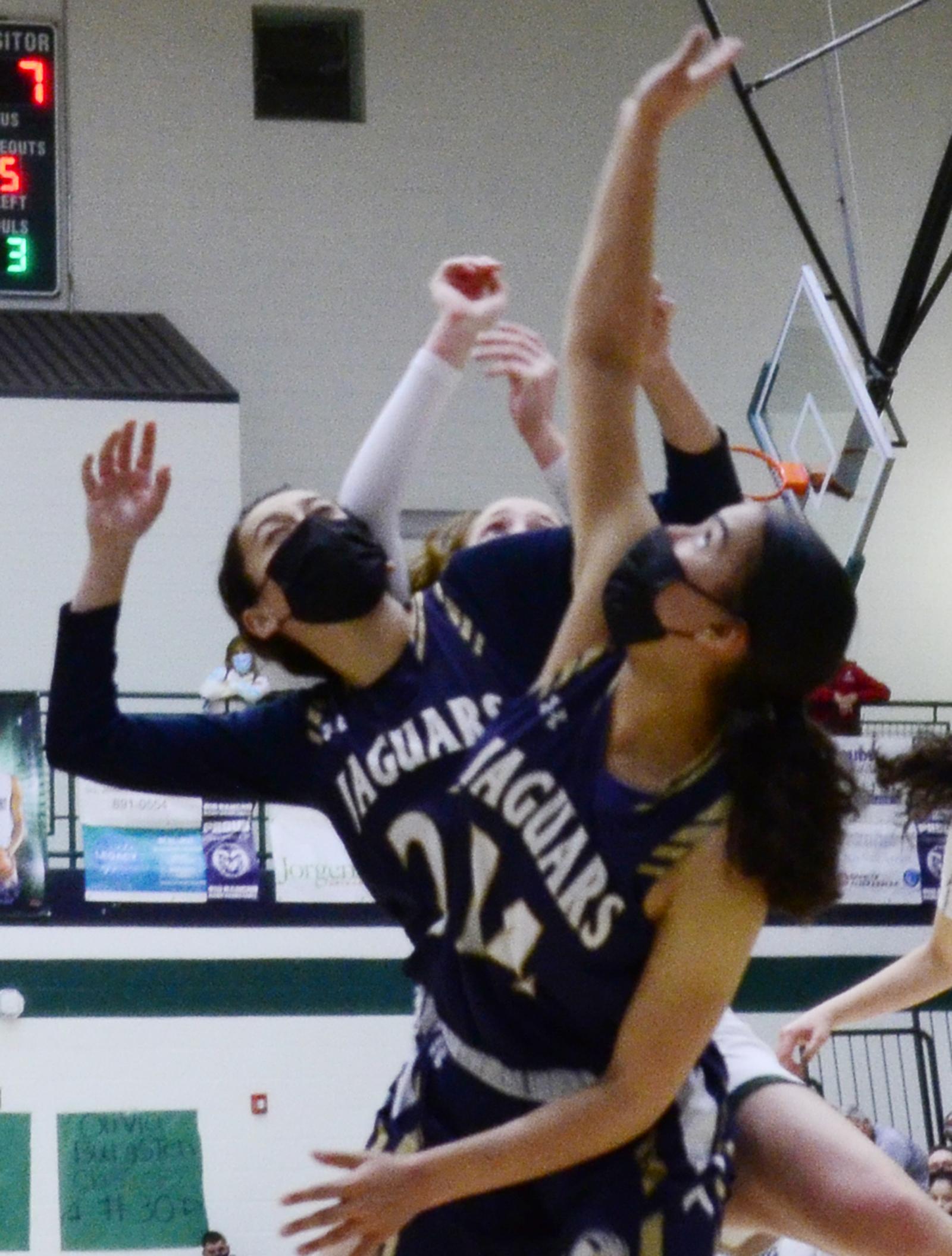 That’s Rams coach Scott Peterson’s daughter Halle trying to get a shot off between two Jaguars Tuesday evening. She was fouled and made one of her two free throws in the second stanza in the RAC. (Herron photo) 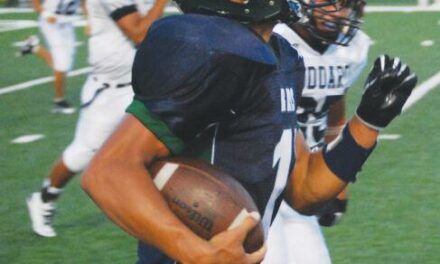 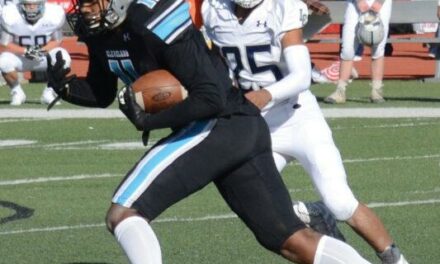 Cleveland High’s Watson eyes senior season and what lies beyond