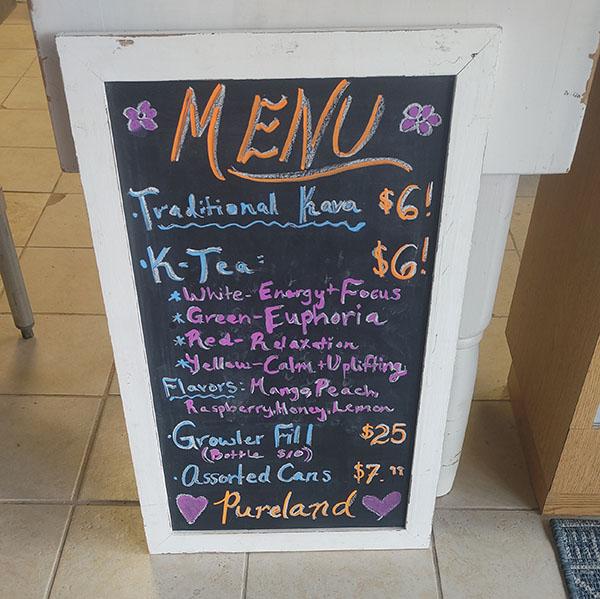 This bar is the first of it’s kind in Rio Rancho or Albuquerque. There is one Kava bar in Santa Fe.

This is a one woman show so far at the corner of  Yale Blvd. and Avenida Cesar Chavez. Mandy Vickery wanted to start her Kava-based bar to provide a place where people could relax. They can also order to-go and relax at home. 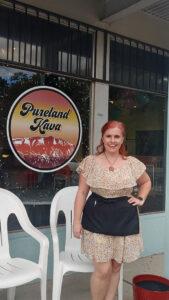 What is Kava? In it’s raw form, Kava is root powder mixed with water. However, Vickery’s bar offers flavors, including mango and pear. She also has some options that contain CBD in low levels.

According to Vickery, Kava is a traditional and ceremonial practice in the South Pacific which has been around for thousands of years. It was used to help people find spiritual ease and to reach higher states of meditation.

In today’s world, though, she says it is used to help people relax, manage stress and deal with high anxiety — to name a few.

“Especially since the pandemic started, people have been tense and stressed lately. I just want to provide a safe space to relax,” Vickery said.

She also explained that drinking alcohol can often be an unsafe experience and that Kava can provide an alternative “buzz” which doesn’t leave you hung over. It also doesn’t cause black-outs, drunkenness and you can drive safely after drinking it.

“I have never seen anyone have a poor response to Kava,” she said.

Vickery said in the first 15-30 minutes people will feel carefree or have mild euphoria. Then, they will feel energized and talkative. Towards the end people will generally feel “heavy” or sleepy.

Vickery claims Kava has had “amazing” affects on people with anxiety, depression and other mood disorders. 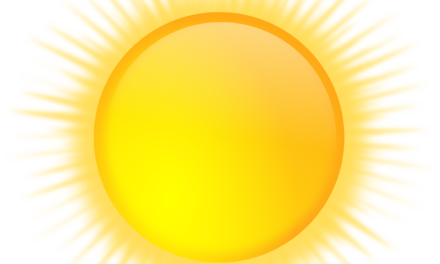